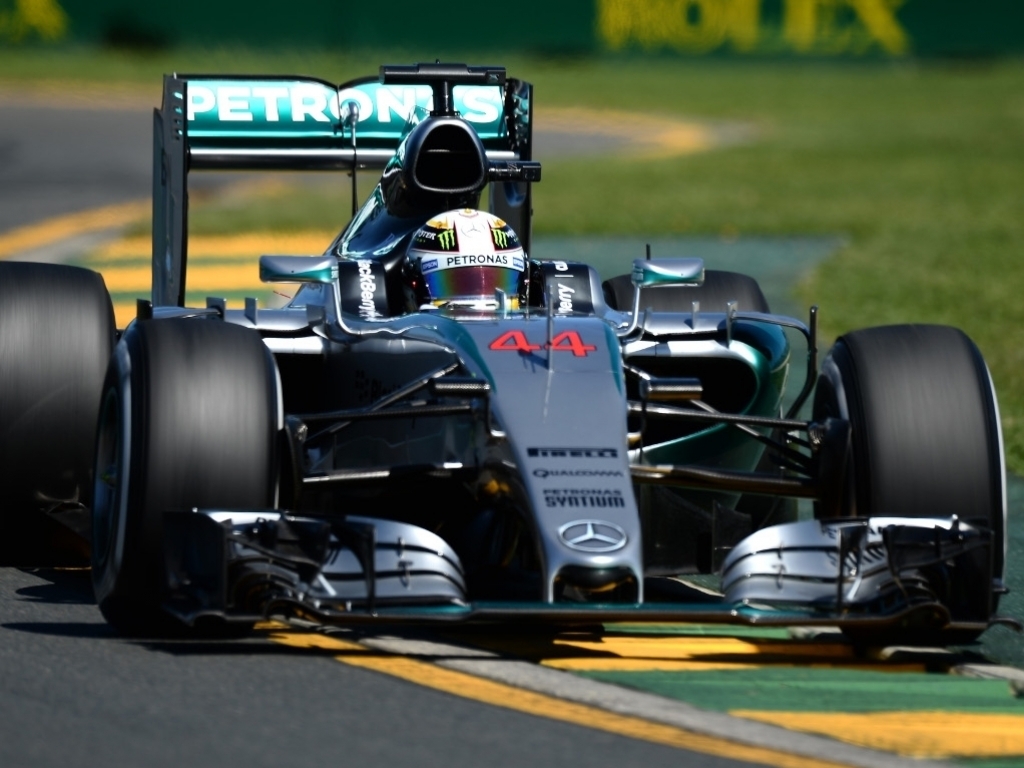 Mercedes:
Lewis Hamilton: "It’s been a great start to the weekend and, honestly, it doesn’t feel like such a long time since the last race! It’s been a huge effort from all the guys and girls at the factories to have this kind of performance from our car and I feel very blessed to have the opportunity to drive it. I’ve worked hard with the engineers yesterday and today to find a good balance. Then, in the session, I just tried to push hard and put the pieces together. It’s so much fun when it works right, because this is the competition that I live for. And I’m immensely grateful to everybody at Mercedes for the hard work that has gone into it so far. But there is still a lot to do tonight to study for the race tomorrow because it will be a huge challenge to try and fight for the win. We will be working as hard as we can to make sure we have a good race."

Nico Rosberg: "Lewis did a good job today, he drove like a champ. I also felt that I had the speed in the car but I didn’t get together the perfect lap. In general I’m happy that the team again gave us a great car. It’s fastest out there this year, too, so many thanks to the factories back home. But tomorrow I still can make it happen because it will be a long race. A lot can still happen and I will put on a great show. My long run pace on Friday was better than Lewis but he did quite a few set-up changes on his car, so there may be more to come from him."

Williams:
Felipe Massa: "Mercedes have been ahead all weekend so we knew that on pure pace we were fighting for the best of the rest. Qualifying P3 means that we have done a very good job in getting the most out of the car; especially as the Ferrari’s looked strong and were pushing us hard. It will be a tough battle tomorrow so we need to get the start right and have a good strategy to secure a podium and really start the season on a high note."

Valtteri Bottas: "It was great to finally start the season and to have a very tight qualifying session. The car performed well and we were fighting with Ferrari throughout. Unfortunately towards the end of Q2 I started to feel a pain in my back. Under the circumstances I’m happy with sixth place, but as Felipe proved, this is not a true indication of our pace. Given the back complaint I had during the session, the team and I felt it sensible to get me checked out at the local hospital and we await their diagnosis."

Ferrari:
Sebastian Vettel: "Let’s keep our feet on the ground. So far this weekend, it’s gone well and we’ve had no problems with the car. It’s a shame that third place escaped us, as that would have made us the first team behind Mercedes, but it wasn’t by much and, after all the race is tomorrow. We lost third place because my first run wasn’t quick enough: I’m not very pleased with myself, because there was still some performance to be found, which would have meant I’d have qualified one place higher. In terms of strategy, maybe we could have done something different, but basically the result is down to me. First and second are a long way in front, but the race is tomorrow and anything can happen during the Grand Prix. A podium? There’s not much of a gap between third and fourth on the grid, so I think the podium is a realistic goal and that’s what we have to aim for."

Kimi Raikkonen: "n my quick lap, I lost around three tenths at turn 3 and then I made a couple of mistakes in the next two corners. We knew we couldn’t fight the Mercedes, at least not in today’s qualifying, but third place on the grid was possible. In any case, during free practice, we saw that our long runs are pretty good, so we can be confident of having a good race. All we need to do is get a good start and then give it our best, but I think we can fight for a good position. As a team, we are working well together and we have a pretty clear picture of the situation. We know we are quick, but we need to improve in all sectors and, as for myself, I have to drive better."