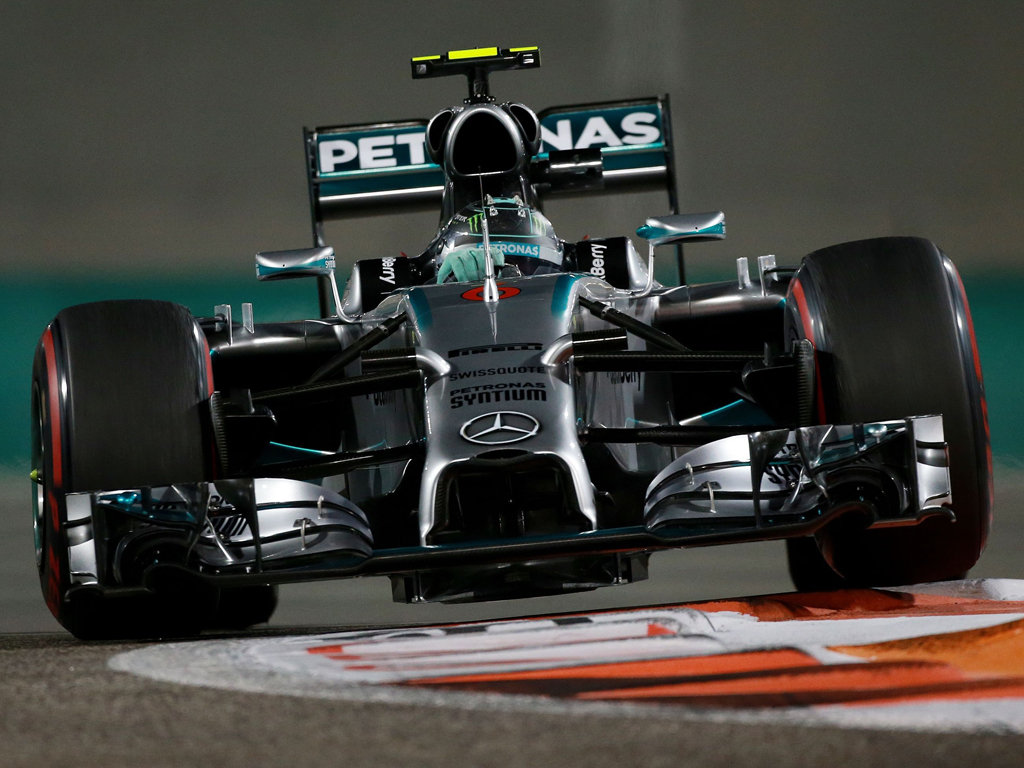 Nico Rosberg will start the final race of this season, the Abu Dhabi GP, from pole position having edged Lewis Hamilton and Valtteri Bottas…

Mercedes:
Nico Rosberg: “Thanks to the engineers, the setup of my car was very much to my liking at the end. We did an amazing job together. I had two great laps in Q3 – but qualifying is only one step to having a good weekend. I hope that I can continue my form from the last race and win but, as we all know, I need some help to take the title. It will be tough but these things happen a lot in sport. I will push flat out and keep the pressure high on Lewis to try to force him into a mistake like in Brazil and also hope that the Williams have a chance to be in between us. I already offered to pay for Valtteri to have a great wellness programme tonight so that he is fully relaxed and will put on a great performance tomorrow… let’s see what happens! I’m highly motivated and very happy about how today went for me. Finally I want to say thank you for all the support I’ve received out there. That’s new to me and a great feeling as I’ve never been in the situation of a Championship fight before.”

Lewis Hamilton: “I didn’t have the best of laps today. Q1 and Q2 were very good and I didn’t make any mistakes in Q3, it just wasn’t a good lap. I really enjoyed it though and the car was fantastic. Tomorrow is when it counts; my approach will be the same as always. I had very good pace throughout practice, particularly on the long runs which gives me confidence for tomorrow. It’s not my style to settle for second place but we’ll need to decide how to play it.”

Williams:
Valtteri Bottas: ” It is important for the team to get third in the championship and we have set ourselves up well to achieve that. I also have a good chance to regain fourth in the Drivers’ Championship and so will be focusing on that as well. That was one of the best laps I have done in qualifying all season, throughout the session I worked the times down and got it all together when it mattered. I will be ready to fight for any opportunity to move forward in the race tomorrow.”

Felipe Massa: “We are starting in the best positions we could tomorrow. I potentially had the pace to be in front of Valtteri but I didn’t put together my final lap after I locked up. The car is showing good performance for tomorrow and another second row lockout is encouraging. The tyre degradation will be vital tomorrow, so this will be important for the strategy. A podium is possible so I will fight hard for that as it would be a great end to the season.”

Red Bull:
Daniel Ricciardo: “I’m really happy with quali; we knew after FP3 we had a bit of work to do, but we knew when the sun went down the temperature would drop so we stayed optimistic that our set up would work better in the evening and we made some good changes for that. I was the happiest I have been all weekend during quali. We are fairly close to the Williams and not too far off at least one of the Mercs, so not a bad session.”

Sebastian Vettel: “I’m not too happy with that. Practice went well, but then I realised immediately in qualifying that we wouldn’t really get the grip out of the super soft tyre which we were able to do this morning and yesterday. We tried to change the car between sessions. When we went out on the used tyres in Q3 it looked as though we had found something, but it wasn’t to be. I’m not entirely happy as I would have loved, in my last qualifying for the team, to show a little bit more. I’m sure tomorrow will be an emotional day, it was already quite emotional getting into the car today.”