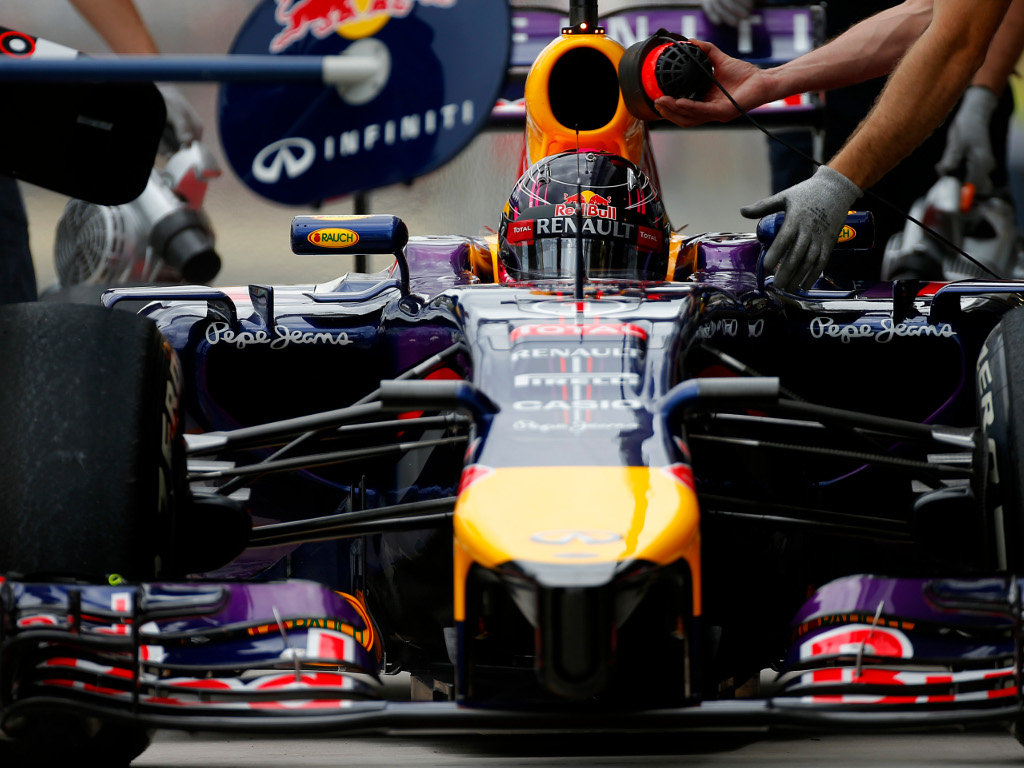 Red Bull:
Sebastian Vettel: “I got happier with the car as qualifying progressed and we’re in a solid position to start the race tomorrow. It’s hard to beat the Mercedes and Williams from where we are, but this is Brazil and anything can happen; weather can play a big role, it was supposed to rain today and it didn’t, but that’s Interlagos for you.”

Daniel Ricciardo: “The day was going alright up until qualifying and then we lost a lot of pace. I went out quite early in Q1 and there was a bit of stuff on the track, so I thought it would get better and better but we didn’t find the pace we were after. I was surprised to get into Q3 after my lap in Q2. I felt better in Q3, but I was only a tenth or so faster; it’s bit frustrating. We should have finished better than ninth, we hoped to be in the top five after the pace we had in practice, but hopefully the car will be better in the race.”

Ferrari:
Kimi Raikkonen: “This weekend, I’ve had a better feeling in the car and, in general, I’ve had no major problems while I also felt more comfortable with the front end. We lacked speed today and even though this was our quickest lap of the weekend, it was not enough to finish higher up the grid. Obviously, I’m a bit disappointed to be tenth and, without having done a race simulation yesterday, we are a bit in the dark like most teams. However, what counts is that finally I feel much more comfortable at the wheel, which means we are making progress.”

Fernando Alonso: “Today’s result more or less reflects the way the whole weekend has gone, even if here, a tenth of a second can be the difference between fifth and tenth places. Both compounds worked very well, but I’m sure graining and degradation will give us a hard time tomorrow. It will be a long race and, apart from reliability, the key factor will be tyre management. As usual we will give it our all to finish in front of our competitors and score points in the Constructors’ championship.”

Sauber:
Esteban Gutierrez: “Eleventh in qualifying is a satisfying result for the team and also for me. Because of some technical issues I lost a lot of track time yesterday, but the team did a great job last night building up the car for today. I managed to put in some good laps, so we will have a great opportunity in the race tomorrow. I will fight from the beginning to the end of the race to get the points we deserve.”

Adrian Sutil: “Qualifying was not easy today. At least we made it into Q2, and I think 13th is a good starting position. We are looking forward to the race tomorrow, in which I can hopefully move up closer to the front. The objective is still to get the first points.”