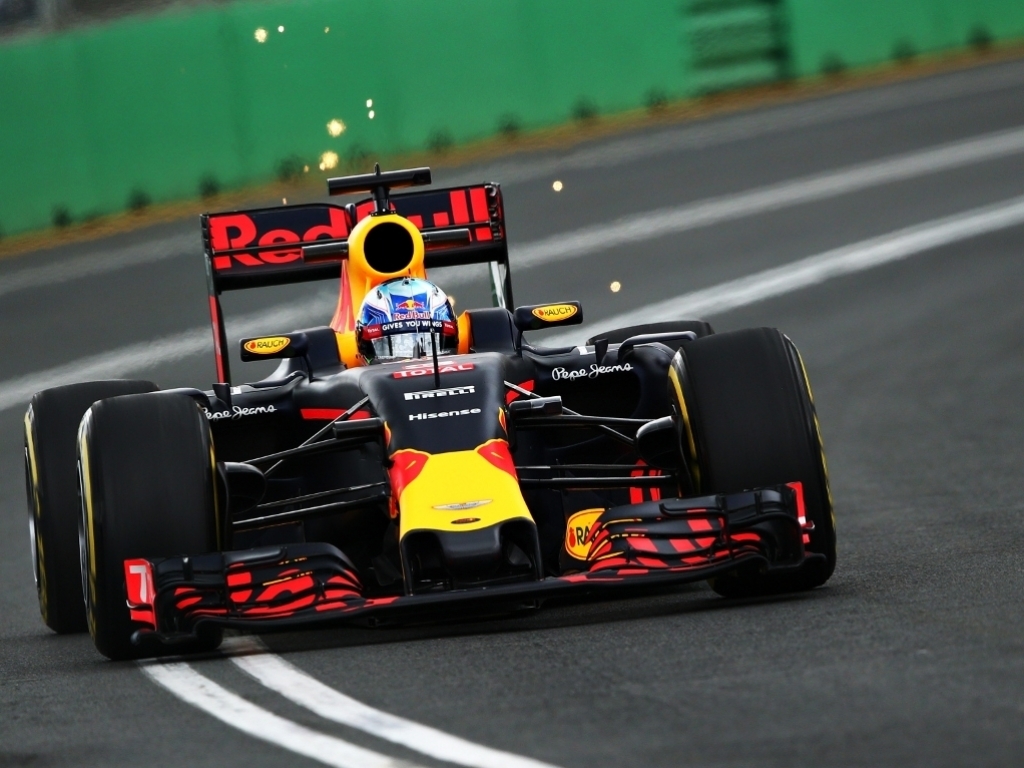 Red Bull:
Daniel Ricciardo: “From our point of view Q1 and Q2 seemed OK. Obviously I made it through so maybe that is why I am more positive about it. It seemed that the structure was… still exciting enough from a fan’s point of view, but Q3 was certainly an anticlimax. The more I think about it, how it ended, it didn’t really have a big finish. Normally qualifying, as those last few seconds counted down, the crowd is waiting and waiting, and the red light comes and everyone crosses the line, so it definitely looked like it lacked that. I got out, I was the last in Q3, and I got out of the car and I could see pretty much everybody else get out of the car. So it didn’t really make sense. There is a bit of an anticlimax for sure.”

Daniil Kvyat: “Of course it’s frustrating to be P18 but we will learn from what we have done today. My first lap was compromised by traffic so I had to give it up, and on the second push lap the tyres lost a lot of performance so it wasn’t enough. It’s a new system and someone had to get it wrong and today it was us but we have plenty of things to analyse from our short life in Q1.”

Force India:
Sergio Perez: “I am happy about today’s result. The team did a great job and I think it’s a very positive way to begin the season. Starting ninth gives us many more options in terms of the strategy because we can choose the tyres for our first stint. This could be one of the key aspects of the race so it’s good to be in this position. As for the new qualifying system, we need to see how the fans react. I think it’s a system that favours the big teams and puts more pressure on the middle of the grid because any mistake during your lap means you will almost certainly be eliminated. You don’t have any opportunity to go out again and improve your time, which adds a lot of pressure – much more on us than on bigger teams. It’s not just pressure for the drivers, it is for everyone in the team, also the mechanics and engineers – you’re in a race against the clock just for the opportunity to get another lap in. We still have question marks about how the race will unfold, but I think pretty much everyone on the grid is in the same position because of the limited running in the dry. It will be an interesting Sunday and we have the potential to score good points.”

Nico Hulkenberg: “The new qualifying format didn’t really change my approach, although you are certainly under more pressure to deliver a good first run to avoid being at risk of dropping out early. So your first runs in Q1 and Q2 are probably the most important of the day. In terms of the result, I’m pretty happy with tenth and it’s more or less in the ballpark of what we felt we could achieve today. Under last year’s rules it would have taken us through to Q3, but with the new format it’s actually a really good place to start because it opens up some nice strategy options with the free tyre choice for the start of the race. There are still a few unknowns for tomorrow, especially in terms of race pace because nobody was able to do their usual long run programmes yesterday. Also, the first race always has the potential to be unpredictable and eventful. I expect a tough race because the grid is very tight, but I want to come away with some big points.”

McLaren:
Fernando Alonso: “Well, it was a reasonable day for us. We’ve been able to run more laps than most other teams so I am quite happy. We’ve more or less been able to run our planned programme – but of course we are missing a bit of dry running so hopefully we can do it tomorrow in FP3. It is nice to be at another circuit after all those Barcelona test laps. It was a nice surprise running here today!”

Jenson Button: “The car didn’t feel too bad but I think we all struggled with tyre temperatures this afternoon. I quite enjoyed driving but we just weren’t quick enough. Winter testing had been good in terms of mileage but pretty poor in terms of performance so this is a good step forward. The only right mess was in Q1 when the four slower cars were calmly being parked and we wanted to have a quick tyre change and return to the track. Apart from that there were no issues.”

Renault:
Jolyon Palmer: “The team did a really good job to fully understand the rules. You need to set yourself targets on what you want to achieve or you’re going to get caught out. We knew that for us getting into Q2 would be a good result so we targeted doing a lap straightaway to make sure you’re not out, then turn around as quickly as possible and then just keep improving.”

Kevin Magnussen: “We didn’t think we would be as strong as we were today, we hadn’t expected to get out of Q1 and actually we got both cars through. My lap wasn’t perfect, there was more to get out of the car so that is encouraging. It was frustrating that things didn’t go our way in Q2, we had traffic which meant we didn’t get a chance to set a better time, but qualifying is the same for everyone and at some point it will work out in our favour.”