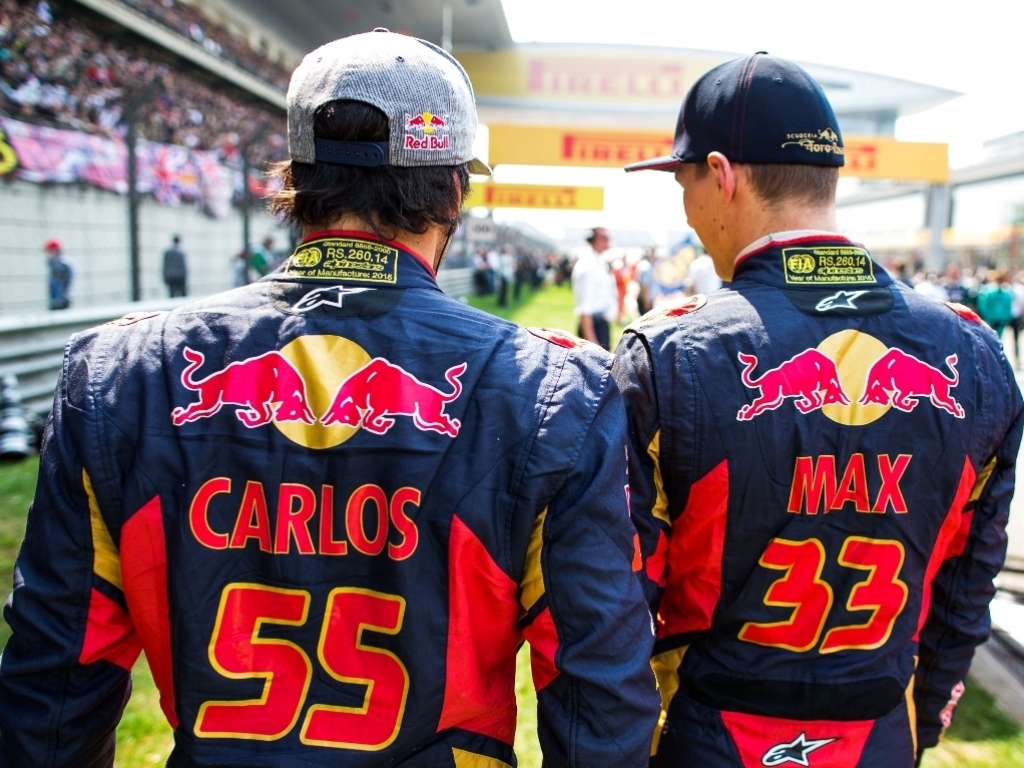 Red Bull
Daniel Ricciardo: "It was pretty good today, I think seventh is respectable for where we are, so we’re looking alright for tomorrow. I was really happy with my first sector, it felt strong, I lost a little in the second sector, but in general I’m happy with how quali went. The start is going to be important and I believe we can have a good one. It’s important to stay with the Williams and within DRS and striking range."

Daniil Kvyat: "I’m not sure what was going on, it was a strange session for me. The team will investigate why I am so far down the order so we can understand. Everything can turn around very quickly. I’ll stay motivated and try my best."

Lotus
Romain Grosjean: "I’m really proud of the team and what they achieved between FP3 and qualifying today. From our runs so far this weekend, I was expecting to go out earlier so to achieve Q3 for the fourth time in a row feels very good. I’m actually slightly disappointed, I think we could have placed higher but we were lacking a little bit of grip. Tomorrow is all about the rear tyres – as opposed to China, where it was all about the fronts. We’ll be careful, prepare a car that’s well balanced and then we’ll see what it brings."

Pastor Maldonado: "We had a problem unfortunately and weren’t able to get the maximum pace from the car, meaning that it felt like we were lacking in power. It’s not the end of the world as we should be able to fix the problem so we can focus on recovering positions through the race. We have enough tyres to do a different strategy and have showed good potential on both long and short runs throughout the weekend. The pace is there and points are definitely possible so let’s do our best as always."

Force India
Nico Hulkenberg: "P8 – I’m happy with that. I think we extracted the most we could from the car today. Overnight we made some good tweaks to the set-up and that helped, especially in these slightly cooler temperatures. It was quite windy, but it didn’t impact on us too badly and all of my laps were pretty good. Points will be the goal tomorrow, but it won’t be easy because there are a lot of quick cars behind us and they will put pressure on us. We need to make the best of the car we have and hopefully come away with a good result. Bahrain always produces good racing with the DRS zones and tyre degradation will be an important factor in the ace. Whatever happens, we are ready for the fight."

Sergio Perez: "Even though I’m frustrated at missing out on Q3 by just a few hundredths of a second, I think we can be satisfied about the big step forward today. It would have been an amazing result to have both cars in the top ten, but eleventh on the grid is something we can be happy about and it’s the result of a massive effort by everyone in the team. Today both our car and the track characteristics played into our hands, possibly more than we were anticipating. This result is also a matter of learning the best way to set up this car. The sixth row is a good place to start and I’m optimistic about getting some good points tomorrow. We have shown to be pretty good around here: we had strong pace during our longer runs yesterday and this should give us a chance of a strong result."

Toro Rosso
Carlos Sainz Jr: "I feel very happy! Probably it was the less expected Q3 of the year, I even thought this was going to be the toughest and most difficult to achieve after what we had seen in FP3… But we did a mega turnaround and we went for it. Everything worked out and I’m very satisfied with the result. For tomorrow’s race, our race pace should be the same or even better than our qualifying pace, so it gives me quite a good feeling for tomorrow. We have a balanced car that’s good through the high-speed corners and gentle on the tyres, but if we get into battles it can become a bit tricky. We will have to find a compromise, but I’m really looking forward to my fourth race in Formula 1."

Max Verstappen: "It wasn’t the best qualifying. I suffered from a bit too much understeer on the car and that’s never great for a qualifying lap on new tyres, but hopefully this will help to save the rear tyres more in the race tomorrow. We’ll do our best to do a good start and make the most of the fact that we have one more set of Soft tyres available!"