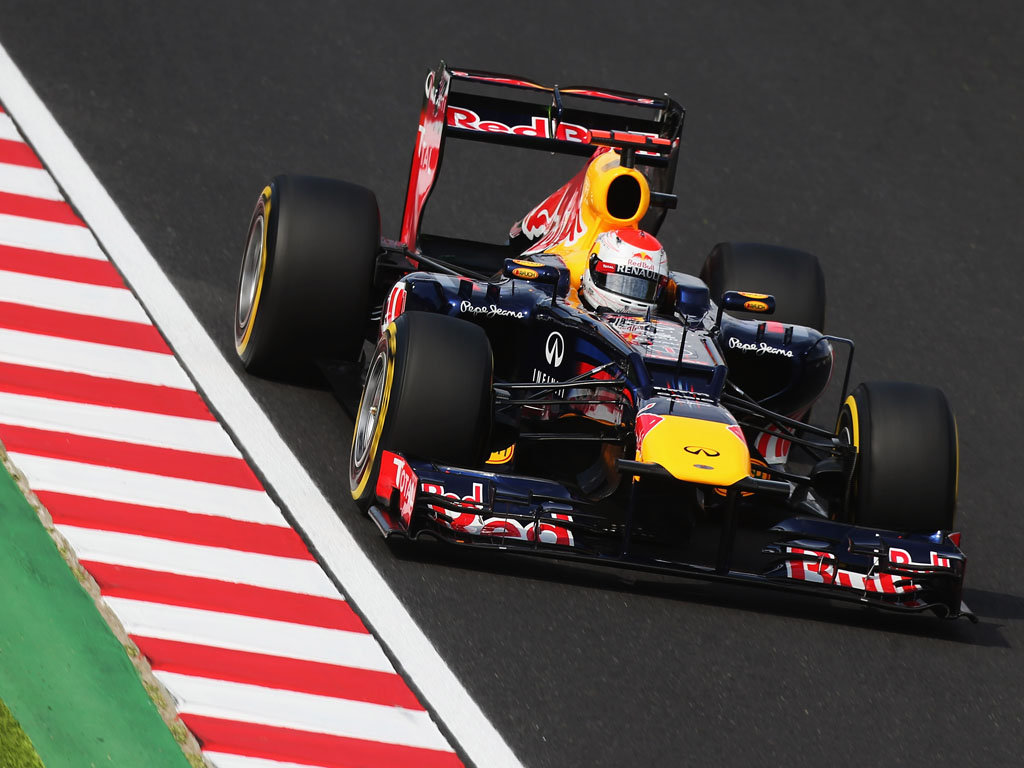 Red Bull:
Sebastian Vettel: “It was good we got the time on the first run, with the yellow flags coming out later. We had a phenomenal balance in the car and I had the feeling we could go with the track today. We only needed one run in every session, which doesn’t happen all the time, but it’s very enjoyable around here when the car works how you wish, especially on low fuel and fresh tyres. It’s very special. Yesterday evening I wasn’t too happy as I was losing time in the first sector, but I found my mistake and in today’s practice session it worked straight away, I don’t know why I didn’t do it in previous years and it shows you never stop learning. Tomorrow will be interesting; it’s hard on tyres here, so we will need to work to stay where we are.”

Mark Webber: “That was a pretty solid session. We knew it was going to crank up in Q3, but I’ll tell you, this place on low fuel with new tyres is something else. I was pretty happy with my first attempt, apart from the hairpin, but Sebastian had that couple of tenths and I thought ‘fair play’, it was a competitive lap from him. Overall both of us were very competitive in qualifying and that puts in good stead for tomorrow. All the hard work from the factory is paying off. The main day though is tomorrow, that’s where the points are.”

McLaren:
Jenson Button: “It was a good qualifying session – both my Q3 laps felt good. We’ve improved the car a lot since yesterday, when we tried a very low-downforce set-up to help with overtaking. We pulled back from that for today, and I feel a lot happier with the car. My gearbox penalty means it’s disappointing to be starting so far back, though. Overtaking has never been easy around here – even with the introduction of DRS – and, that being the case, it’s quite a surprise that the DRS zone has been shortened for this year. But I love racing around here. And because everyone’s strategy could be up in the air tomorrow – because there’s been quite a lot of tyre graining and blistering – things could still be a bit unpredictable. The championship is a long-shot for me, I know that, but I’d love to do well in front of the Japanese crowd; I’ll be going for the win.”

Lewis Hamilton: “Today’s qualifying session was one of the most disappointing of my year. To be honest, I went the wrong way with the set-up and ended up with too much understeer. Until quali, the car had felt great all weekend, but I just couldn’t make it turn this afternoon, and as a result I just couldn’t extract the best from it. Jenson showed that the car itself is quite good though – he did a great job today – and our long-run pace wasn’t bad yesterday, either. So you never know what’s going to happen in tomorrow’s race. It’s going to be a struggle, but I’ll be pushing my hardest with the set-up I’ve got, and I hope that, through good tyre management, I’ll be able to overtake some of the cars in front of me. I’ll be trying to get as many points as I can tomorrow.”

Sauber:
Kamui Kobayashi: “I am happy because I think I achieved the maximum possible today. On my last lap I lost a bit of time because of the yellow flag when I backed off and switched off the DRS. I want to thank the team for the big step forward they have managed with the car since Friday. In the beginning we were struggling with the new parts but now we have got it right. After quite a few changes to the settings the car is fast again. From where I am starting I should have a chance to fight for a podium finish, and it would be a dream come true if I could achieve my first podium in Formula One in front of my home crowd. But first of all I have to manage a good start, and then I should have more luck than in Spa this year where I started from the front row but got involved in an accident.”

Sergio Perez: “My last lap in Q3 wasn’t perfect but still good. I am very happy for the team that we have achieved such a strong qualifying result today. They have done a great job because initially on Friday here we were really lacking pace. It was a strong and speedy recovery and I’m confident tomorrow in the race we will be able to fight for another podium.”

Lotus F1:
Romain Grosjean: “Yesterday we had two tricky sessions, so to have both cars in Q3 is a good recovery. We knew it would be very tight in qualifying and I think we could maybe have been one place higher with a cleaner run through the first sector, but the leaders were too quick today. We’re lacking a little bit of downforce at the moment, but with a few minor adjustments overnight and the right strategy I think we can take home a good haul of points tomorrow.”

Kimi Raikkonen: “I spun. I was on a good lap and I was pushing – maybe a little too hard – and lost the rear. It’s a shame as the car feels the best it has all weekend. If the car’s good tomorrow we should be able to move forwards. Let’s see what happens.”