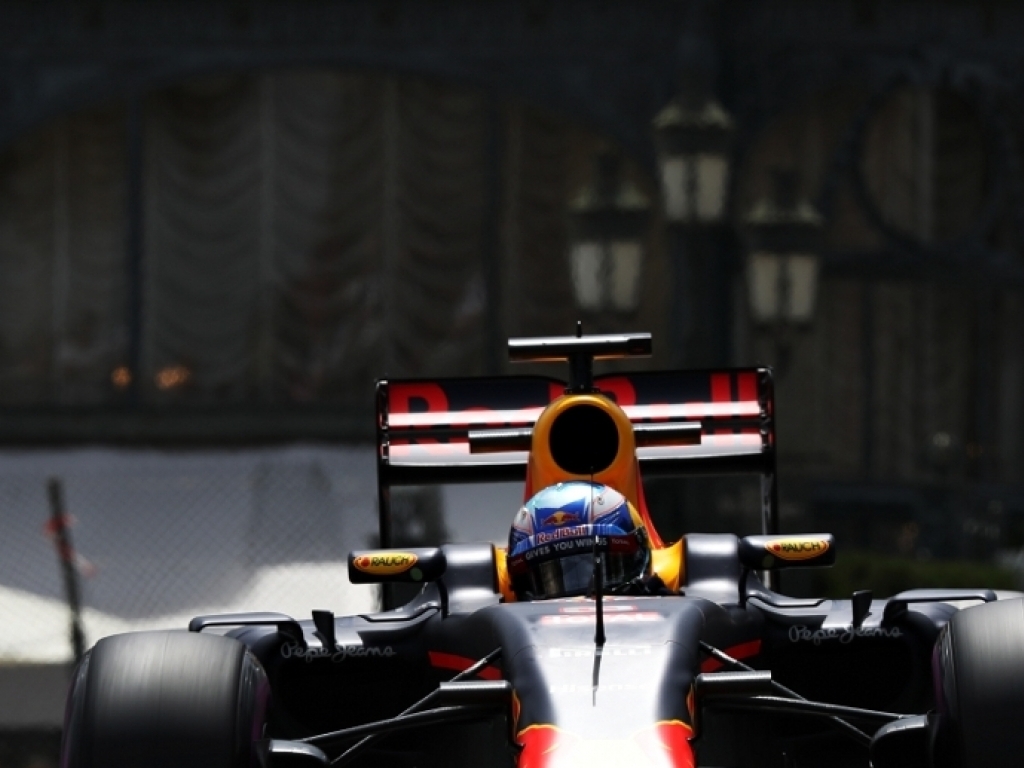 Red Bull driver Daniel Ricciardo claimed pole position for the first time in his career while his teammate Max Verstappen crashed out during the first round of qualifiers.

Red Bull:
Daniel Ricciardo: “I’m happy! I put it together when I needed to. Qualifying just built up and built up and I found the rhythm, and then that first run in Q3 was the one I needed to do. I feel I’ve been qualifying very well all year, and it’s cool to get my first pole in Formula One, this place more than any is a great place to get it at. Hopefully tomorrow we can convert it to the win, that’s the plan. It’s the first pole for the team in a while too, it’s a very good feeling. Coming into the weekend I believed I could be here today and it’s nice to match that belief. The lap felt good. I knew once I’d done it, it would be hard to beat because we were competitive with Mercedes and I hadn’t yet put together the best lap.
“It was a pretty good lap on the supersofts in Q2 so we start on those tomorrow, it should give us a bit more option in the race when to pit. It seemed like a bit of a freebie for us if we could do it and make it work, so why not. Sitting here now it looks good, we’ll see tomorrow what happens but I think it should hopefully give us a bit more flexibility. Today the job was pole, I’ve done that so let’s see what happens tomorrow, I’ve done what I can so far.”

Max Verstappen: “It’s of course not the way you want to start for tomorrow, I turned in a bit too early, clipped the inside wall, broke the inside suspension and then couldn’t turn anymore. I felt quite good, in my first push lap I felt more confident than all the other laps and also in terms of car balance it was better, because my second sector was nearly two to three tenths faster than I ever did. It was all coming together but then into the chicane, maybe I underestimated the grip I had and turned in a bit too early. Hopefully the weather will help a bit tomorrow but if you start 21st it will be very difficult. These things unfortunately happen and you have to learn from it and continue. Hopefully there will be a lot of action tomorrow, not only from me but from others. It will be very tough but I won’t give up. The car is great, we just have to find a way to get past the people in front. It will depend a lot on the strategy, what other people do of course and the weather, so hopefully we have some luck tomorrow. Congratulations to Daniel on a great lap and his first pole, it’s great for the team.”

Mercedes:
Nico Rosberg: “I was really surprised when Daniel set his first quick lap in Q3. I thought “damn, that was really quick!” I tried my best to top that and was able to come a bit closer – but unfortunately it wasn’t enough for pole. Red Bull and especially Daniel did a great job here today. Congrats to him on his first pole position – I’m sure it will feel special for him to have got it here in Monaco. But tomorrow there are still a few opportunities for us to win this race. At the start, Daniel is on the harder tyre with a lower grip level, so I hope to maybe gain something there. When I was on the harder compound in China, he caught me at the start – so I hope it’s payback time tomorrow and I can overtake him. I’ve been practising starts a lot over the weekend, so it could be exciting. I can’t wait to race again on this amazing track.”

Lewis Hamilton: “It’s hard to find the words right now. I was the quickest out there today – but unfortunately the problem at the start of Q3 meant I couldn’t use that pace. I did my best with the lap that I had and I’m really pleased with that. My final attempt was what should have been my banker lap, so at least I’m starting third when it could have been tenth. For tomorrow, Red Bull have done something different by putting Daniel on the SuperSoft. I’m not sure how that will play out – but the compounds are pretty similar so I don’t think being on the UltraSoft will give us an edge at the start. If Daniel can get into Turn One ahead he just has to sit there, make his car as wide as possible and make those tyres last while we’re all battling away scrubbing our tyres behind him, as it’s almost impossible to overtake here. Even the softest tyres are pretty hard, so it should be an easy one stop strategy if it stays dry, which makes it tougher. Hopefully we’ll have some rain to mix things up a bit. The last time I started third here was in 2008 and I won that race. Starting from there I thought my chance was gone before I’d begun – but in the end it was a great race, so let’s see. Anything can happen.”

Ferrari:
Sebastian Vettel:  “Of course I’m really disappointed, because what we did on the car from Thursday to today was really good and we had improved it a lot. This morning we had a very good start, I knew that there will be a lot more to come and I wasn’t worried at all, but as the qualifying progressed it was just getting more difficult for us to extract the grip. When you don’t have the grip here it’s more penalizing than on another track, the car was starting to slide a lot and at this stage we don’t understand why. While all the grid was going faster and faster, in the end we did the same fast laps we did at the beginning. I did what I could, but I was not as comfortable as I was in the morning. It’s disappointing because I missed a good opportunity to start the race potentially from the front tomorrow. I was expecting more because the car gave me all reason to expect more but in a couple of hours we’ll start to look forward, the race is tomorrow, we have a great car and a great pace.”

Kimi Raikkonen: “The whole weekend has been quite tricky, but this morning the car felt a bit better and for qualifying we improved even more. For sure we did the right things, but we struggled to make the tires work as we wanted; they were too much on the edge of the grip, the rear was slipping or the front was sliding and in a track like this when you don’t have a consistent good grip you lose a lot of time because of that. Obviously we are not happy of where we end up and the penalty due to the gearbox change for sure doesn’t help, but we’ll try to make the best out of it. We cannot predict what will happen tomorrow, for sure the race it’s not going to be easy, but usually many things happen here, we’ll try to get the most, to do the right calls in case of Safety Car and to take the right decisions.”

Force India:
Sergio Perez: “We had very good pace today and we made some steps forward compared to Thursday, but I struggled to get heat into the tyres and that’s why I feel a better position was possible. In any case, seventh is a good place to start so we are targeting a strong result. Monaco is probably the most important qualifying session of the year so it’s good to be starting well inside the top ten, but at the same time we know how unpredictable this race can be. Anything can happen, such as a safety car or rain, and you need to react quickly and make the right calls. You also need a bit of luck. It will be crucial to start well, as we know that what really matters in Monaco is track position. Tomorrow is going to be a whole different story and I am looking forward to the challenge.”

Nico Hulkenberg: “I’m very happy. We knew we had the speed to be inside the top ten today, but to qualify fifth is better than I expected. I’ve had good vibes since the start of the weekend and I’ve felt comfortable and confident since the start of practice on Thursday. We made a big step forward in Barcelona and today’s result shows that the car is working well, especially through the low-speed corners. My laps were clean and tidy in Q1 and Q2, and then in Q3 I was on the money and hit the sweet spot with my final lap. Of course, qualifying is only half the job and there is still a long race ahead of us with so many factors that can come into play tomorrow. In Monaco, nothing comes easy; you always have to work hard to earn your result, but I’ve put myself in a good position to come away with some important points.”