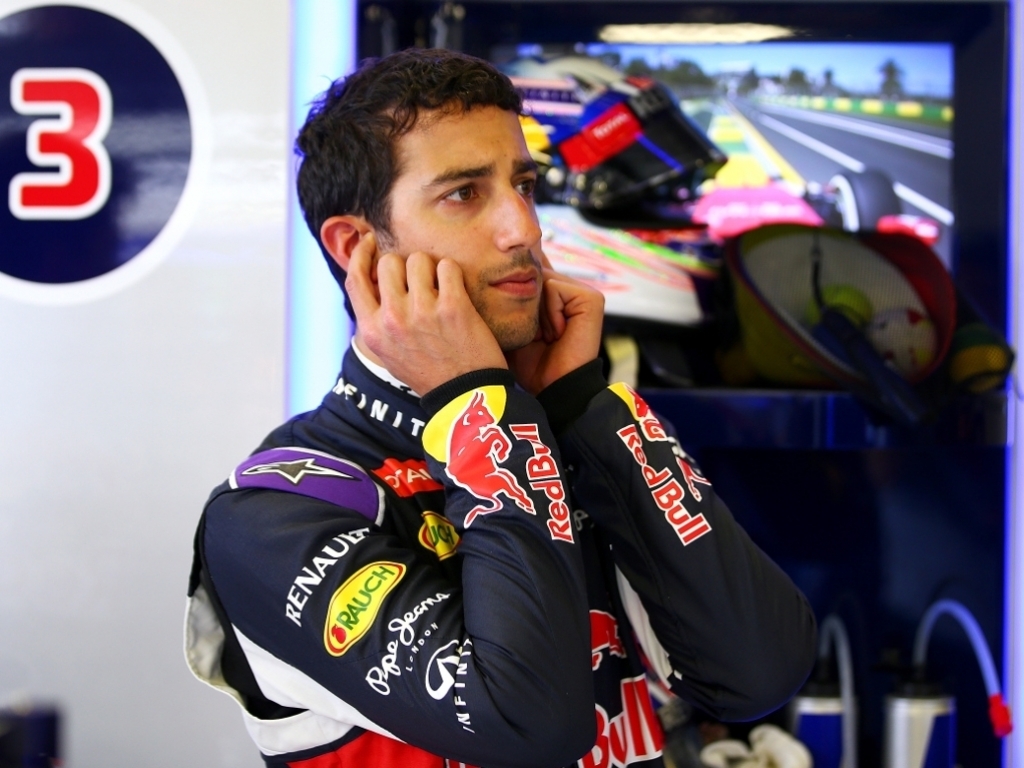 There were top ten times in Saturday's qualifying for the Australian Grand Prix for Daniel Ricciardo, Carlos Sainz Jr and both Lotus drivers…

Red Bull:
Daniil Kvyat: "We are trying our best. It was hard with the few laps that we had and I was just trying to get up to speed; I didn’t have enough confidence to make a good lap. It’s not easy at the moment because we are trying to solve some problems, but we are making progress."

Daniel Ricciardo: "We made progress through the session which is promising, it was so good to feel the car for once and push it properly. I think seventh is where we are now and I’m happy we achieved that as the weekend hasn’t gone well until now and qualifying was the first time I used the soft tyre. The drivability has been tricky; we suffered a bit this time last year, but there are a few more issues this year which weren’t expected, but it’s how it is and we need to try and sort it out. I’m really happy with seventh as realistically that’s the best we could have done today. The progress we made through qualifying is real and hopefully we can carry that on for the race."

Toro Rosso:
Carlos Sainz Jr: "I’m very happy, it feels great to be starting my first ever Formula 1 race from P8 on the grid tomorrow! It was quite a smooth qualifying session apart from Q1, where I made a small mistake, but I didn’t let that affect me and from then onwards everything went really well. I just kept focused and tuned the car to my liking to extract its full potential. I feel very comfortable in the car, I’m really enjoying myself a lot. It’s difficult to know what to expect tomorrow, as it will be my first race, but I’m looking forward to it.  It will surely be a bit of an adventure but this is what I’ve been preparing myself for the whole winter and I feel ready."

Max Verstappen: "Today’s final practice was good for me to get back running again and try some different set-ups, so it was very useful before going into qualifying. I felt good in the car from the start and did a good Q1. The first run in Q2 was reasonable, even though I had something stuck in my back so my shoulder hurt a bit. Unfortunately, I didn’t get a good lap because the tyres were not ready. During the second push-lap, I made a mistake out of Turn 4, where I went a bit too wide and lost the rear, losing quite a lot of time. It’s a shame but I can’t change any of this now. I look forward to tomorrow, my first ever Formula 1 race. The car is working well and hopefully we will be able to score some points as we have a good race pace."

Lotus:
Romain Grosjean: "I’m really happy to be back in Q3, and especially happy for our guys who have been working so hard over the last twelve months. We knew we had a good car from winter testing and today we are more or less where we thought we could be. It’s a tight field and if I had sneaked another two tenths from my lap, I would have been seventh on the grid. I think we can generally be very happy with what we’ve been doing. Our long runs have looked good so far so let’s see what we can do during the race tomorrow."

Pastor Maldonado: "Getting into the top ten is a pretty good result for us and it’s positive to think that it could have been better as we did lose a little pace in the final qualifying session. Looking to the race it’s quite encouraging as we’re starting the season in a much better place than we were last year so it’s all looking very promising. Fingers crossed, we’re looking to have a good race tomorrow."

Sauber:
Felipe Nasr: "As a team we can be happy that we nearly made it into Q3. Missing FP1 on Friday affected the performance of the car to a certain extent, and I also had less time getting to know the new track in Melbourne. All in all I am satisfied with the result and I am looking forward to the race. Tomorrow is an important day with it being my first ever Formula One race, and we are going to push for points."

Marcus Ericsson: "It was a disappointing session for me being P16, and we cannot be satisfied with this result. I had quite a good feeling in the car yesterday, but today I have been struggling to feel confident, especially in the braking zones. We need to analyse the data tonight to see what we have changed from yesterday, so that we can learn from that and fight back during the race. Tomorrow is a new day."