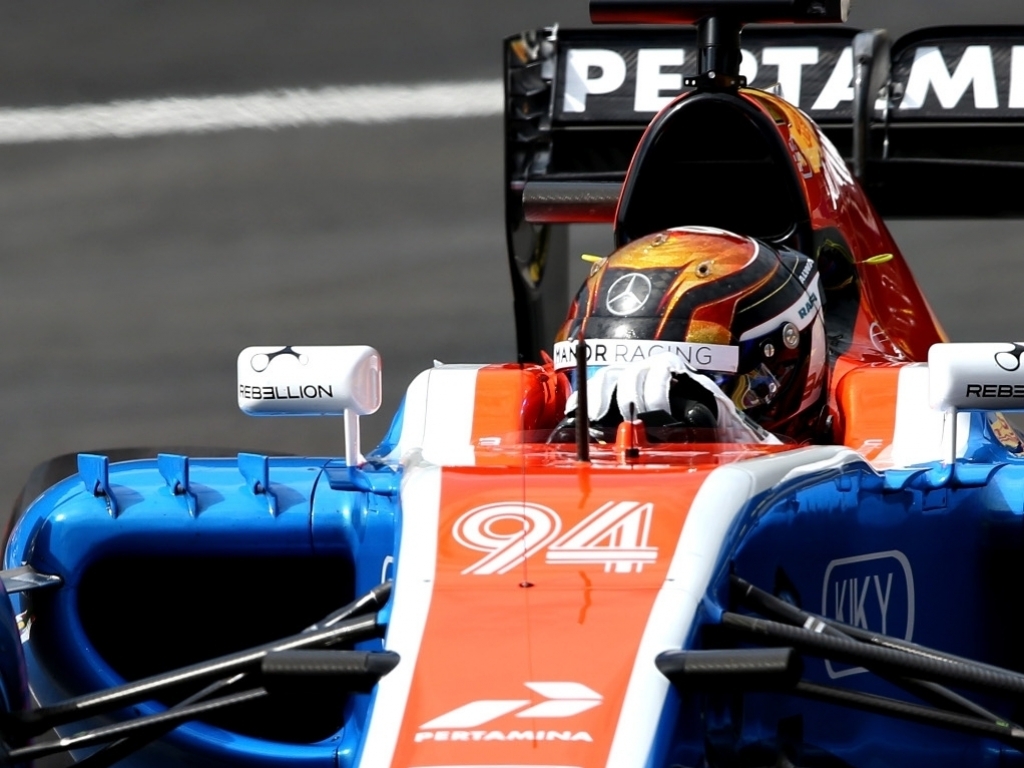 Red Bull:
Daniel Ricciardo: "It was quite fun coming into Q3 knowing that it was going to be wet and I like it when you have to adapt quite quickly. We got out on the intermediates and started with a pretty good pace and I was happy, but I knew it was going to dry by the end of the session and the slick tyres were going to be better. In hindsight I would have liked to have come in a bit earlier and at least had two laps on the slick tyre so that’s probably where we missed out in getting those extra few positions. I think I’ll start fifth now from some of the penalties, which is alright and we did well in Q2. We got through on the super softs so that hopefully pays dividends tomorrow and we can be closer to our rivals.”

Max Verstappen: "The conditions today meant we had to switch from dry to wet and then back to dry, which made it interesting. We were out too early and of course everyone goes faster at the end of the session. I passed the line with 50 seconds to go which meant everyone had time on a drier track. It’s difficult to say where we would have been. The pace was good, but we start too far back. We made a good call with the tyres in Q2 so we start on super softs tomorrow so we shall see how we go. I said about the kerbs causing problems yesterday and I think my point was proven again today. Daniil had quite a big crash due to them early on. Not many people agreed with me yesterday but I think they could find out for themselves.”

Williams:
Valtteri Bottas: "Qualifying was a special case today with the conditions in Q3. Everything was looking good in Q1 and Q2 in the dry, but tyre warm-up was difficult in the mixed conditions. In the beginning we struggled with the intermediate tyres, and once we got onto the slicks the main problem was to try to get heat into the tyres. But the race is tomorrow and there is the possibility to overtake here, so I’m sure we can have a better day. I think in any conditions we need to try to aim to have both cars in the top five, that’s a good target for us tomorrow."

Felipe Massa: "The conditions in Q3 were very tricky, one lap you’re third, then the next lap you’re 10th. It’s very difficult to understand the situation when the track is improving so much. I was the first car to start the last lap, so the last car had the track a lot drier. But that’s the way it is, so let’s concentrate on tomorrow to try to have a good race, a good strategy and finish with very good points."

Haas:
Esteban Gutierrez: “I’m pretty happy as I made my best qualifying run of the season. It was fun to get the maximum out there on track. It wasn’t easy coming from Friday, where we had very limited running. Going into final practice, I was not completely comfortable with how the tires were working, so it was quite a challenge to head directly into qualifying. In the end, it was pretty fun putting in some good laps in Q1 and Q2. Tomorrow, I’ll be aiming for points. This is our target and I’ll be fighting all the way.”

Romain Grosjean: “I had hoped for better. On my first run in Q2 on scrubbed tires, the rear end completely went into turn six and I went into the gravel. I damaged quite a bit of the floor. By the time we repaired it to go out, some of the rain had started, which impacted my fastest lap time. We could’ve done better. It’s a bit of a shame, but we’re not in a bad place for the race. I think we have a good balance for Sunday. We’ve been working well on that. I’m looking forward to tomorrow.”

Manor:
Pascal Wehrlein: “Yes, it’s an incredible feeling for me and the whole team. I feel very proud of us today; it’s a measure of how hard we have all been working and a nice reward for that effort. My lap in Q1 was really good first of all. It was a nearly perfect qualifying. The strategy was excellent; we were always one of the first cars out on track and everything just came together in Q1, despite the fact that there was a red flag and yellow flag interrupting our flow. Then in Q2 I set my lap on my first run on the supersoft tyre. We switched to the ultrasoft tyre but by then the rain was really coming and there was no way to improve. Easy to say I guess, but were it not for the rain, Q3 might even have been possible today. I have to be honest and say that tomorrow is a different story. We have struggled with tyre degradation in the races and we’re missing a bit of rear downforce at the moment, which is hard on the rear tyres. The forecast is for the weather to be a little bit unpredictable, so hopefully that might shake things up and help us. My plan is to drive every lap as fast as possible and see where we get to!”

Rio Haryanto: “First of all, it was a great job by the whole team to get us into Q2. Yes, it’s a shame I didn’t get the chance to improve my lap time at the end of Q1, as there was certainly a lot more in the car. I didn’t get a clear track in my second run so I was banking on my third run after the red flag, but then the yellow came out and we had to abort the lap. We’ve definitely been working towards the race so our qualifying pace was a nice surprise, but I think I will be more comfortable with the car in race trim. We’re gradually making good steps with improving the car and I think we can have a strong race tomorrow.”