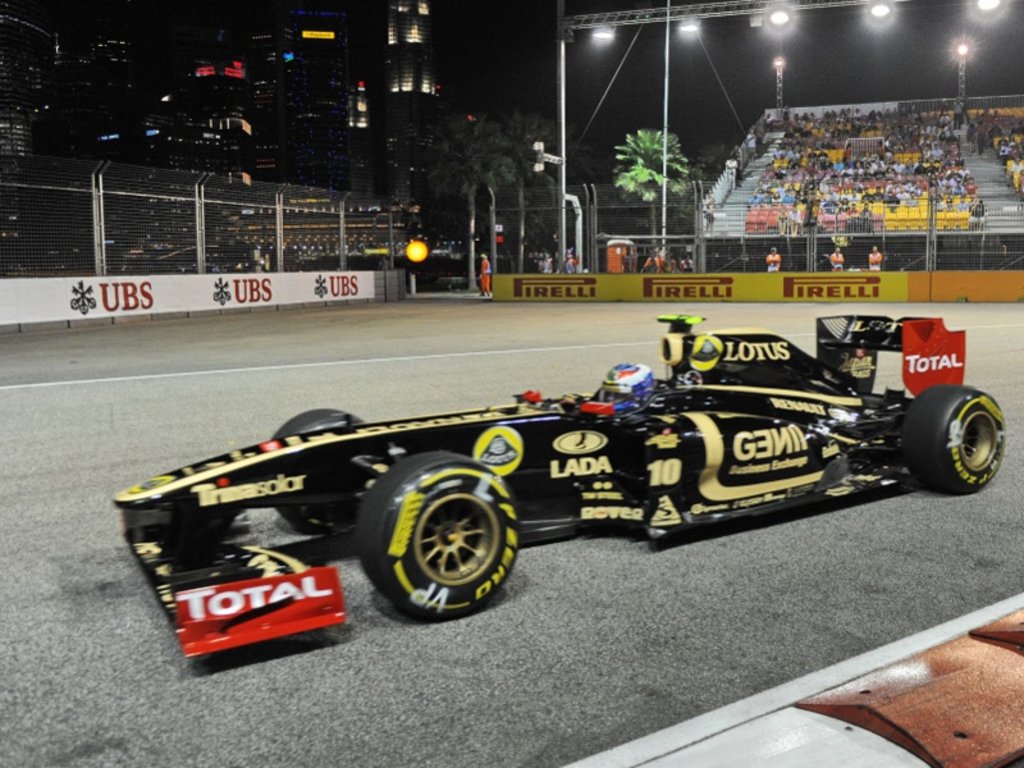 It was not a great qualifying for Renault in Singapore as they joined Lotus, Virgin and HRT at the back of the grid…

It was not a great qualifying for Renault in Singapore as they joined Lotus, Virgin and HRT at the back of the grid…

Renault:
Bruno Senna: “Today was a good effort by the team but unfortunately it was not enough. We made a good step forwards with the car this morning but it was not sufficient to get into Q3. I pushed very hard and made one mistake going over a kerb that made my rear tyres suffer a lot on the last seven corners – these kerbs are really something we need to steer clear of! All in all, I can be 90% satisfied with my lap, as it would have been hard to take much more out of the car – maybe another position or two, but not more. My 15th position is near where we deserve to be. I’m now looking forward to the race, which is going to be long and tiring. The worst thing here is the humidity. It’s all sweat, sweat, sweat – you never cool down. Looking ahead, we took a step forwards in terms of tyre conservation, while the break wear does not seem to be a problem for us. It should be an interesting race tomorrow.”

Vitaly Petrov: “It is always a challenge to drive in Singapore and we knew that the R31 would not necessarily be suited to the track’s characteristics. We tried our best to cure our balance problems during the last free practice session but we have struggled with a lack traction all weekend. It’s something that has a particularly big impact in Singapore and, going into qualifying, we knew it was going to be an uphill battle to qualify in the top 10. I pushed hard but made a mistake on my last fast lap in Q2 and lost four or five tenths. All was then over. It will be important to conserve our tyres tomorrow, so at least I have the option of what I’ll use for the start. The race is going to be physically very tough with 61 hot, sweaty laps – it will test the drivers to the very limit but I’m ready for it.”

Team Lotus:
Heikki Kovalainen: “I’m pretty pleased with that. I got held up on my second run but still managed to get within a second of the car ahead and I think I got close to getting the most out of the car I could. We definitely improved in FP3 and the wear rates weren’t too bad so I think we’re in good shape for tomorrow. It’s a long race, and one where the safety car will probably play a role in how it all ends up, so the aim for Sunday is clear – make sure we get both cars home to the end and put ourselves in a position to take advantage of what happens ahead.”

Jarno Trulli: “Honestly I’ve struggled with the car all day and even though I managed to get much closer to Heikki in qualifying I’m still not all that happy with where we are. The guys in the garage have been working really hard all weekend to fix one or two problems we’ve had, and I want to thank them for getting the car to the point where I could get that quick laptime out of it, but now it’s about getting to the end of the race tomorrow in one piece.”

Virgin:
Timo Glock: “A difficult weekend so far, starting from the first outing. I haven’t been completely happy with the rear of the car and we didn’t manage to get it right yet, so qualifying was not perfect. I made a small mistake at the hairpin at Turn 13 but beyond that I think we had the most from the car. I love this race so I’m looking forward to tomorrow. Singapore can throw up all sorts of things so we just need to be ready.”

Jerome D’Ambrosio: “I’m a bit disappointed with today’s qualifying really. The car is quite good but we just had an issue with the brake balance – it was much more rearwards somehow on my first run, so we had to change this for the second one. It still wasn’t perfect and that made me lose a bit of confidence, especially here because you have only one lap – one chance. As always we will go into the race tomorrow looking to maximise what we have and to get both cars home in the best position possible.”

Hispania:
Daniel Ricciardo: “It was quite a tough session because the plan was just to do one lap so we had two sets of tyres and had to do what we could on one lap alone so there was no room for mistakes. I think it went well although with the second set I was expecting to improve a little bit more but I was probably overdriving as well. I touched the wall on the second last corner but it proves I was trying to get everything I could out of it. I’m happy to see the gap much closer to the nearest rivals but it is a bit disappointing not to be in front after getting so close. Nevertheless, it is a good step from yesterday. The main thing tonight is to eat, drink and sleep well in order to be in peak condition for the demands of tomorrow. I think tomorrow will be a long race and I’m pretty excited as it is going to be a real test for me.”

Tonio Liuzzi: “We knew beforehand that it would be a difficult track for our us since our car doesn’t suit it very well but, overall, it wasn’t too bad. What we did was to work on the balance and the traction to understand the car better. However, we still need to figure out why we lost a lot of pace in the third sector where we lost a lot of grip in the rear end with the new set of tyres. But we should be proud because we could’ve beaten our closest competitors if everything went fine. For me qualifying wasn’t the most important thing after the penalty from Monza so I’m looking forward to tomorrow’s race which will be very tough but I’m confident that we can battle with our nearest rivals after today’s evidence.”