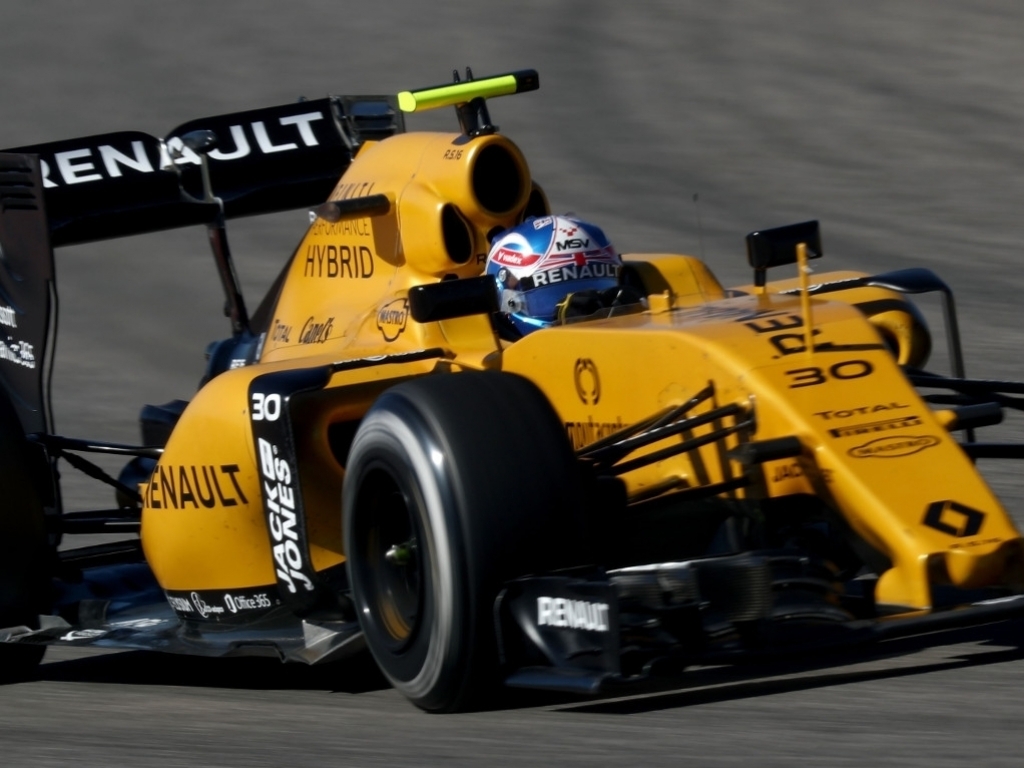 No suprises at the back of the grid, however, Renault driver Jolyon Palmer had to sit out the qualifiers due to a cracked chassis.

Renault:
Kevin Magnussen: “I’m fairly pleased with qualifying. FP3 was tricky for us, the car handled very strangely and tyres weren’t working which I think was down to the cool temperatures. Qualifying felt better and I don’t think I could have done much more today. Even if I got a perfect lap I think P13 was likely out of reach here.”

Jolyon Palmer: “Unfortunately I had to sit out qualifying which was really frustrating as we looked pretty good in FP3 and I’ve been feeling happy with the car. I ran wide and straddled the kerb in the last corner during FP3. I felt a bump, but it didn’t feel like it was a big one, so I was surprised when we discovered the chassis was broken. Q2 was definitely on the cards today. We’re going to have to go all out to get points tomorrow.”

Sauber:
Marcus Ericsson: “Another decent qualifying for us. We showed that we are working in the right direction, and it paid off. We can all be satisfied with today’s performance. We knew that reaching Q2 would not be an easy task, because the lap times were all close together. It was again nice that I was able to put in a good lap in Q1 and make the jump into Q2. P15 is a decent starting position, and I feel confident that we can continue our hunt for points tomorrow.”

Felipe Nasr: “Qualifying was not as good as I was expecting. Before FP3 we chose the identical set-up to the other car, but the outcome was completely different. In general I had a lack of grip in a lot of corners phases. At least the other car seems to work, so we have a reference there. I will focus on the race tomorrow, and I am quite confident that I can recover some positions due to the pace we had on the long-runs.”

Manor:
Pascal Wehrlein: “Well, first of all I’m really, really happy. Especially for the team; we needed that. My fourth time in Q2 this year and that’s where we want to be. Everyone did a fantastic job all weekend and we’ve improved the car every step. After that, I just drove my heart out. It’s a really challenging track – always a lot of understeer and oversteer through the lap – but we just seem to have found a way through to get the car right and we’ve exceeded our own expectations here. It could have been even better though; we didn’t have new tyres for Q2, whereas others did, so I wasn’t able to improve my lap. P16 on the grid is great. I need a good start tomorrow, then I will push as hard as I can. We’ll be challenging the guys in front of us and I believe that everything is possible. Bring it on.”

Esteban Ocon: “Not a good day for me. I’m really struggling driving the car and I don’t have the confidence in it to push. I’m second fastest in the speed trap, which doesn’t make me feel better because it shows I’m giving the maximum with the car I have but can’t get it working around the rest of the lap. I’ll still take it though, because it’s a positive from an otherwise really frustrating weekend so far. I’m happy for Pascal – it’s great for the team and that’s important. Oh, we can still improve for tomorrow, even with minor adjustments, so I have to remain positive for the race as we could still unlock the problem. The start, the strategy – things could turn around yet. I’ll be giving it everything I have.”

Haas:
Esteban Gutierrez: “It’s been quite a challenging weekend for us. Heading into qualifying, we knew it wasn’t going to be easy, but I really gave it my best. I was driving over the limit trying to put everything together for the team and for the fans – they have been incredible. I had to try to be aggressive as I knew the lap at the beginning of the run may not have been enough. Sometimes you get it right, sometimes you don’t, but at least I know I gave it the maximum. When I got out of the car, I wasn’t very happy, but walking along the pit lane everybody was cheering, and it was an amazing feeling just to see their support. They’ve made a huge difference to our motivation and I really want to thank them all.”

Romain Grosjean: “I really don’t know what’s happening. The car was good in FP1 and it was alright on the first run this morning in FP3, but after that it’s just gone nowhere. We really need to try to analyze what’s going on as something is clearly not going right. Last on the grid is unacceptable for us. Top speed has been fine, but there’s no grip and no balance. You can manage poor grip and drive around it if you’ve got a balanced car, but combined, there’s just nothing you can do. One corner will be oversteer, the next understeer. It’s weird the way it’s behaved here. It’s been a rough weekend for everyone, but hopefully we can come back.”