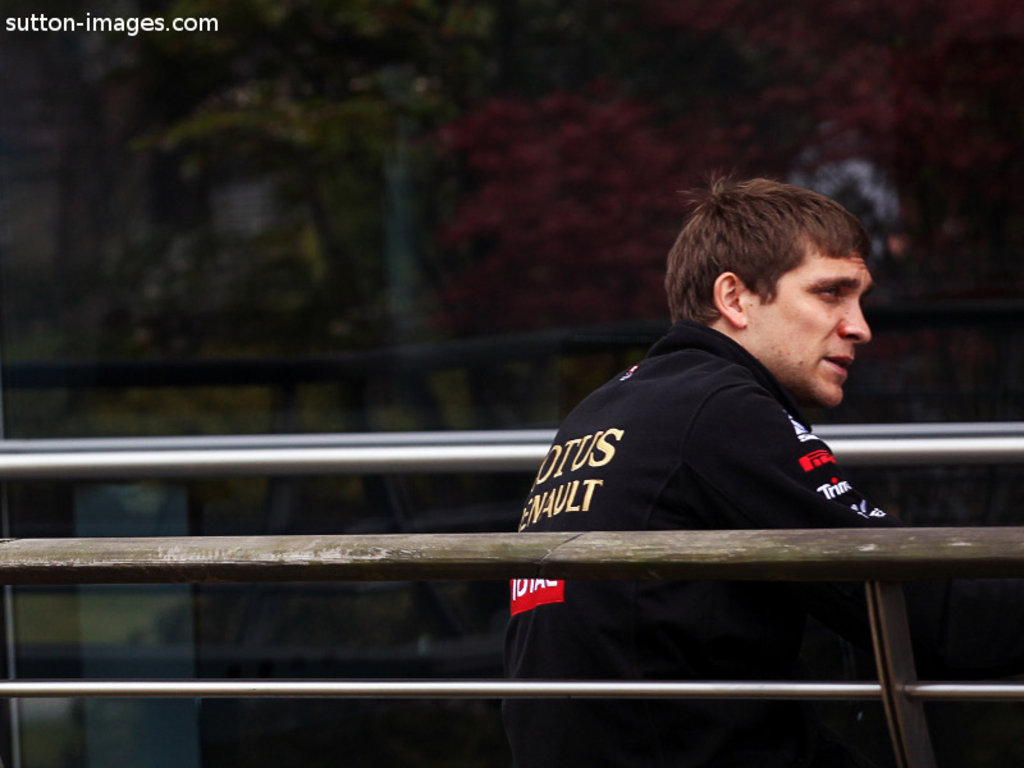 Renault:
Vitaly Petrov: “I’m not fully satisfied with where I qualified today because we’re capable of finishing even higher than seventh on the grid. However, for both of us to secure top 10 positions should be seen as a positive thing and it is good that we don’t have any mechanical problems. We can still continue to work and push hard to make sure we can be fighting closer to the front of the grid tomorrow.”

Nick Heidfeld: “It’s not too bad to be in P9 – I struggled earlier in the day and in Q2 I found the balance and grip from the tyres that I was looking for. It could have been even better as I had some understeer problems with the front tyres but it was ok. I feel more confident going into tomorrow, we know that with the DRS we can overtake better, we’ve seen that already so we can finish higher than our grid position. Usually the car is better on race pace, and we know we can get good starts so gain some strong positions.”

Williams:
Rubens Barrichello: “After all the work we have done this weekend at the factory and trackside, I have to always put a great lap together in qualifying and I’m very happy with my last lap. Unfortunately though, we just ended up outside the top ten, which is not that penalising with the tyre situation. We also weren’t running the new rear wing which was one of our upgrades for this race so it was a good qualifying session for us to finish 11th despite that.”

Pastor Maldonado: “That’s the happiest I’ve felt after a qualifying session this season. The new parts the team have worked really hard to deliver to this race have definitely improved the car. It feels quicker and easier to drive so our efforts have paid off. Because of a problem, I haven’t run KERS all weekend. If it was working in qualifying, we would have been three tenths quicker. Anyway, we need to focus on tomorrow now. It will be a difficult race and will probably be very tight, but I am confident that we can get a good result.”

Force India:
Adrian Sutil: “It was quite a straightforward session for me with no major issues. I think we used the tyres well, there were no problems with traffic and it was a great team effort. But we should remember that the races so far this year have shown that qualifying is not as important as it used to be and it’s more important to have a good car for the race. I’m pretty happy with my set-up for tomorrow and feel more comfortable with the car than I did at the last race. In terms of the tyres, the hard seemed to perform very well yesterday, but the softs are looking good in the higher temperatures so it will be interesting to see how that develops in the race.”

Paul di Resta: “I think it was another great team performance today and we are roughly where we expected to be. There were no problems in Q1, and in Q2 I only did one run because we thought it would optimise our race strategy and save a set of tyres. I’m happy with my set-up for the race and I think we’ve sacrificed a bit more today to have a better car tomorrow. Hopefully that will put us in a reasonable position to fight the cars ahead of us and pick up some more points.”

Sauber:
Sergio Perez: “Of course I’m disappointed about today’s qualifying result. In Q1 my lap time with the harder tyre compound was okay, but then in Q2 the run on the softer compound was not good. Generally we did some changes after Friday’s practice sessions. It was quite difficult to do the set-up because of the changing weather conditions. Some changes were in the right direction and others were not. However, my car was ok in qualifying. It will not be an easy race for us but I still hope to manage to score a point tomorrow.”

Kamui Kobayashi: “I went out to do a first run right when Q1 started because I wanted to check another set up option. But then on the middle of the back straight the engine suddenly stopped. It was a problem with the fuel system. I hoped to make it back into the garage but I stopped before the pit lane entrance. Anyway, for me the session would have been over even if I had make it into the garage because it takes a lot of time to change the fuel system. I have to accept that it was bad luck for me and I want to do a good race tomorrow. Although I like overtaking a lot, I must admit there are an awful lot of cars between me and the first point.”