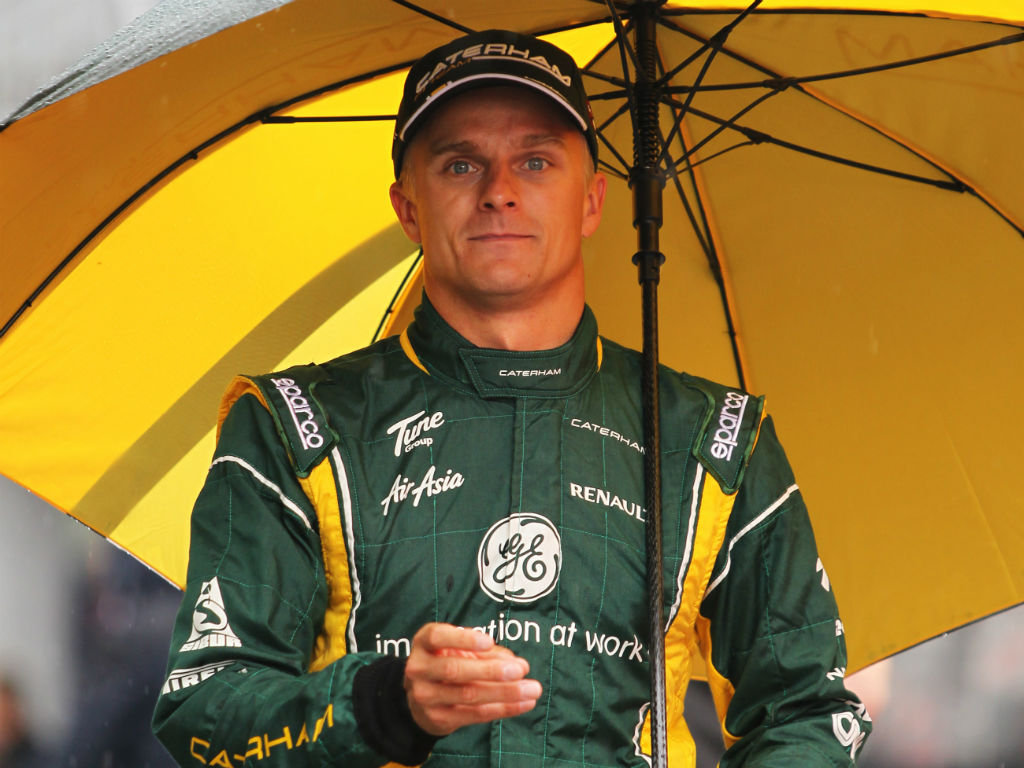 Despite not having a bad afternoon in Germany, Sauber found themselves the fourth slowest team ahead of only Caterham, Marussia and HRT…

Despite not having a bad afternoon in Germany, Sauber found themselves the fourth slowest team ahead of only Caterham, Marussia and HRT…

Sauber:
Sergio Perez: “It is such a shame. It looked really promising for us until the rain set in. After I changed to soft tyres I ended up second fastest in Q1. Then we went out late on intermediates in Q2 and I was stuck in traffic. I had cars in front of me, but could not back off as there were some behind me as well.”

Kamui Kobayashi: “It is a pity because I’m sure in dry conditions we would easily have been in Q3, as we had a very good pace. I even refrained from using soft tyres, and the lap I did on the medium compound was good enough for Q2. But then in the wet we didn’t make it. In dry conditions my car is really good. In the wet it is a lot better than it was on Friday when I struggled badly. We found something wrong and did some changes, but it is still not completely right.”

Caterham:
Heikki Kovalainen: “For where we are right now that was pretty much the perfect lap. I didn’t make any mistakes, nailed every apex and had a clean lap, so I’m pleased with what I got out of the car today. Closing the gap to the cars ahead is obviously our target and I think we are still finding out how to unlock the real potential of the upgrade package we first ran in Silverstone. Taking the package as a whole there are a lot of elements we need to get right to really use its potential and I think we still need more dry running to really understand what it will really give us. We’ll keep working on achieving that and perhaps we’ll see more of its value tomorrow as it’s due to be sunny, and in Hungary where the hotter conditions will definitely suit us better than the cold, wet weather we’ve had in Germany and at the last race in Silverstone.”

Vitaly Petrov: “That was a bit of a difficult session after the rain at the end of FP3 changed the track conditions. We were having some issues warming up the front tyres and that, combined with traffic, meant I couldn’t really push as much as I had been in the morning session. Despite that, all weekend we’ve been progressing, doing a good job to push us in the right direction, and tomorrow I think we can do well. We have decent race pace and I think we’ll have a good result as we’ve been showing all season.”

Marussia:
Charles Pic: “After a tough FP3 this morning, when I missed most of the session because of an engine change, I have to be very pleased with my qualifying. I only managed three practice laps on the option tyre before qualifying and with the mixed forecast for the Q1 session – we didn’t know at what point it would become wet – I felt a little unprepared. I was very comfortable with the car and I think there was quite a bit more to come. For sure in my last lap of my second run – my quickest lap – I made a small mistake in sector 1, but fortunately 2 and 3 were good. I am excited to see what we can do in the race tomorrow to find even more from the package which, in the limited time I have had in the car today, is working well. My thanks to my car crew; those FP3 laps were few but very important for today’s result, and only possible because the engine change was so quick.”

Timo Glock: “A difficult weekend on my side since the first lap on Friday. I have just struggled a bit with the car because there is rear end instability that means I can’t push with confidence right now. We have tried a few different things since yesterday to fix it, but we have run out of time a little to understand the problem. We still have the race of course and whatever possibilities that may bring. If the race is dry, then we just have to push very hard to get the maximum out of the package and bring the car home. My thanks to all the fans who have been so supportive, despite a tough weekend so far. I hope it can go better tomorrow.”

HRT:
Pedro de la Rosa: “It could have been a very good qualifying session, because towards the end I was nine tenths under my time, but on the last two corners I had another car ahead and we lost two positions. We must all respect each other but now we have to look ahead. Leaving that aside, I think we did a good practice session this morning and a good qualifying session; the car performed well and we would have been very close to the Marussias. But the important stuff comes tomorrow and we have to focus on getting off to a good start and fighting until the end. We expect a dry race, but on the evidence of these last few days anything is possible.”

Narain Karthikeyan: “Yesterday’s FP2 was in wet conditions and today I could have done with a bit more mileage in dry as I only had one hour this morning to adapt to the circuit. But despite all this we did a good job. In qualifying we only finished three tenths off Pedro, so I’m happy. After FP3 I expected the gap to be bigger but we improved a lot before qualifying. Tomorrow we will see what happens with the weather but whatever the outcome it will be a tough battle and we will try to compete with our rivals.”