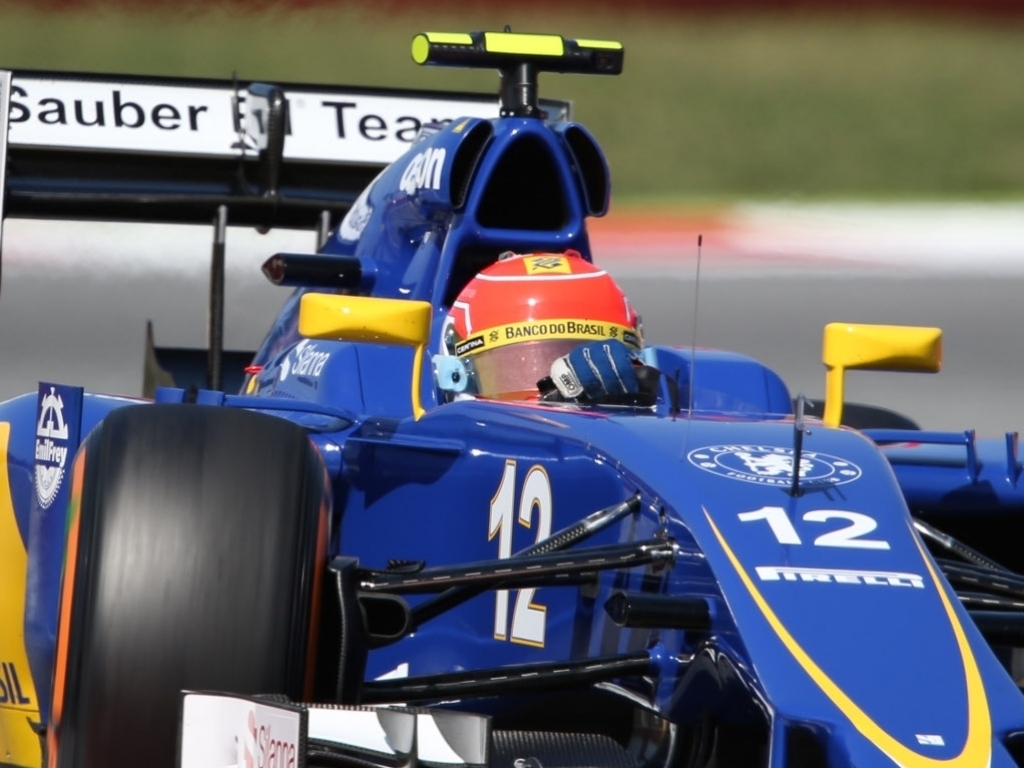 Only Felipe Nasr made it through to Q2 for the Spanish GP but he failed to make serious inroads, qualifying in 15th place…

Sauber:
Felipe Nasr: "After FP3 I felt good with the changes we made for qualifying. On my last run in Q2 I was a bit too aggressive with the result that I had a lot of oversteer. The rear tyres were overheating when driving the car on the limit. It is not going to be an easy race for us, but we will do our best to fight for points"

Marcus Ericsson: "Overall it is a bit disappointing. We are starting further down the grid than we had hoped for. The first run in Q1 was ok. We were able to find some improvements when we went out on the second set of tyres, but it was not enough to make it into Q2. We need to analyse and understand the reasons for it. Tomorrow we have to make the best out of our positions."

Force India:
Nico Hulkenberg: "Barcelona is always a big test of downforce and car balance, and that’s where we are struggling at the moment, so it made for a difficult day. To be honest, I was hoping for a bit more than P17 because I was P12 in final practice, but it was much hotter and windier this afternoon which didn’t help us. My final lap was not great, but it’s not easy when the car is working in such a narrow window. The long run performance yesterday looked more promising so I would like to think we can race with the Saubers and the McLarens tomorrow."

Sergio Perez: "It hasn't been an ideal weekend so far, even though we always knew this was going to be one of our weaker circuits in qualifying. We just don’t have the performance in the car at the moment and, on a track with so many high-speed corners, that really hurts your lap time. However, we have to remain optimistic about the race: we may be starting in a low position, but that doesn't mean we cannot fight hard and we know that our race pace is looking more competitive. It’s going to be hard, but it's a long race and we will give everything to try and get a good result."

Manor GP:
Will Stevens: "I’m reasonably pleased with my qualifying today. I was able to improve on my first run despite making a small mistake, but the car is performing well and I’m looking forward to the race."

Roberto Merhi: "A disappointing qualifying for me. I had a good first run and I was feeling comfortable with the car. After that I was called to the weighbridge but we had an ERS false alarm. When we got the car back to the garage we just ran out of time to do the turnaround. My car crew were pushing hard to try to get another run so thanks to them. It’s a shame that I didn’t get the chance to improve on my time but I’m looking forward to tomorrow and my home race."