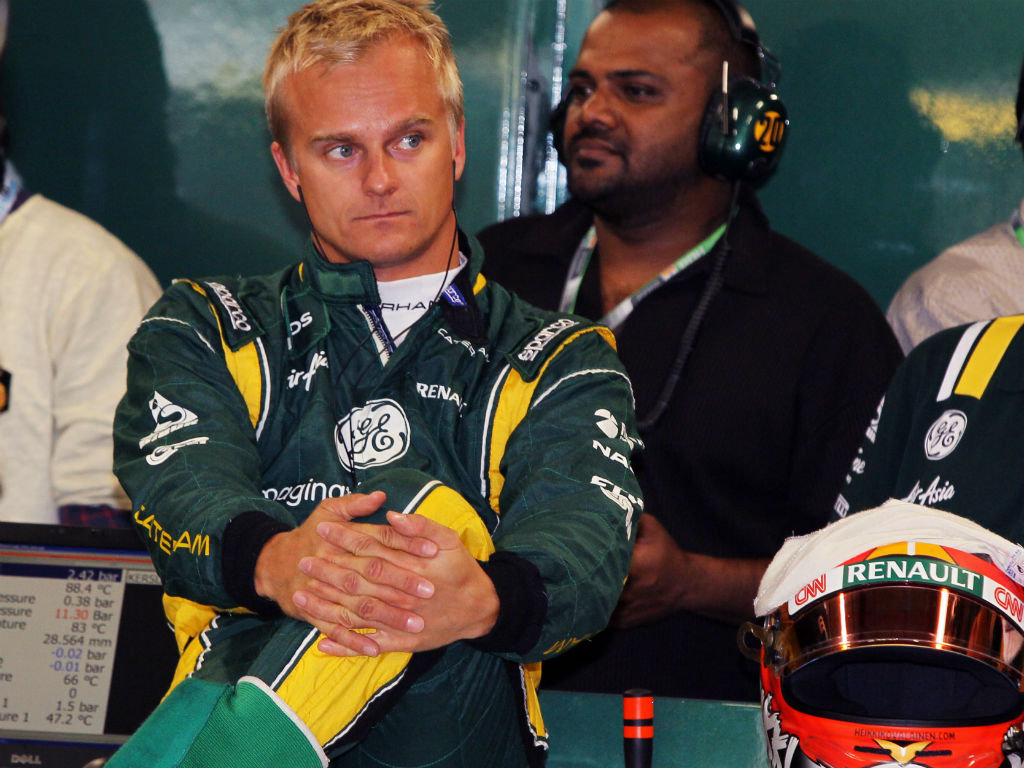 Toro Rosso qualified at the back of the field in Abu Dhabi with only Caterham, Marussia and HRT slower…

Toro Rosso qualified at the back of the field in Abu Dhabi with only Caterham, Marussia and HRT slower…

Toro Rosso:
Daniel Ricciardo: “So far, it’s been a harder weekend for us than we had expected. We definitely made progress today, compared to where we were on Friday, which is positive, but in the end it was not enough to move us higher up the grid. Everything went smoothly on my side of the garage, apart from losing a lap on the Prime, when my headrest was moving and I had to come in to have it fixed. I think this motivated me to then do two really good laps and the pace on the Option was okay, showing we had made progress again, not just from yesterday, but also from this morning. However, we are not where we want to be. Strategy will be a key to having a good race tomorrow and like in India a one stop could be possible for some cars.”

Jean-Eric Vergne: “It’s quite frustrating to fail to make it to Q2 today. We have been struggling all weekend with understeer and we are still trying to do our maximum and I was pushing a lot. We really only had one lap to see where the balance was this afternoon and the car seemed to be going the other way towards oversteer and I made a mistake. That doesn’t mean I will have to fight the car all the time tomorrow, because there are still things we can do like playing with the front flap and tyre pressures to improve the situation for the race but it’s going to be a tough night tomorrow.”

Caterham:
Heikki Kovalainen: “I’m pretty pleased with my final lap but I know there was more pace in the car. My first run on the medium tyres was ok but on the second run on the softs I had a problem with the DRS that meant I wasn’t able to really attack the high speed corners and that cost me a bit of time. Despite that I think we’re looking ok for tomorrow. The balance feels better with the lower track temperatures we had for quali and that’ll most likely be the same tomorrow for the race, so hopefully I can have another good start and see how hard we can push the cars ahead.”

Vitaly Petrov: “Honestly I’m a little bit disappointed with where I’ve ended up in quali today because I thought the car would be a bit quicker than it was. We had a slightly tricky FP3 and tried a couple of setup options to find a good balance and when I went out for my first run in Q1 it didn’t really feel like I could push. It felt better on the softs and on my fastest lap I was looking good up to turn 17 but a bit of traffic after that held me up just enough to cost me time. The good thing is that the car definitely felt better when the track temperatures had dropped a bit so I think we’ll be ok tomorrow.”

Marussia:
Charles Pic: “I am really very happy with my qualifying session today. I had a very good car; the balance was almost perfect. I lost a little bit of time in the second sector of my quick lap and that is how Kovalainen was able to get ahead. I have to be happy with the lap though as it represents my best qualifying result of the season, so a great result for me and the Team. I have to say thanks to my car crew because they worked very late last night, but I hope today was some reward for their efforts. I am now looking forward to the race tomorrow; the start should be quite interesting with the cars around me. I also hope to be able to make the same progress as we did in India and keep improving through the whole race. The objective is again to stay in touch with the Caterhams.”

Timo Glock: “Not a bad day overall but a disappointing end when it counted unfortunately. This morning, at the start of FP3, we struggled a little, but at the end we arrived at a good set-up. We carried this through to qualifying and seemed to have good momentum all the way through until the last, most important, lap when his car had no grip. Until then we were fighting hard with the Caterhams, so it’s a little disappointing. So now we will have to go through the usual analysis tonight and see what we can find for tomorrow.”

HRT:
Pedro de la Rosa: “We completed a good practice and qualifying session. I was comfortable in the car and I’m sure that I could have improved by a couple of tenths but surely the rest could have too. The car was running well and we had no problems with the temperature of the brakes or the engine at a circuit like this one which is so hot, so I’m happy. I think we’ve got good pace for tomorrow’s race and the first objective is to get off to a good start and keep close to the Marussias. We should try to go for one stop, hope for the rear tyres to hold out and try and put some pressure on our rivals.”

Narain Karthikeyan: “It was a tough qualifying session for me. It’s my first time racing in Abu Dhabi and, being such a technical circuit, I’m finding it tougher than expected. I didn’t manage to string together a good lap; I was running well on the first set of tyres but with the second set I found traffic and the rear tyres wore out before I could improve my time. Although I’m not entirely comfortable at this circuit, tomorrow I will give everything like always to try and put in a good performance and finish the race.”