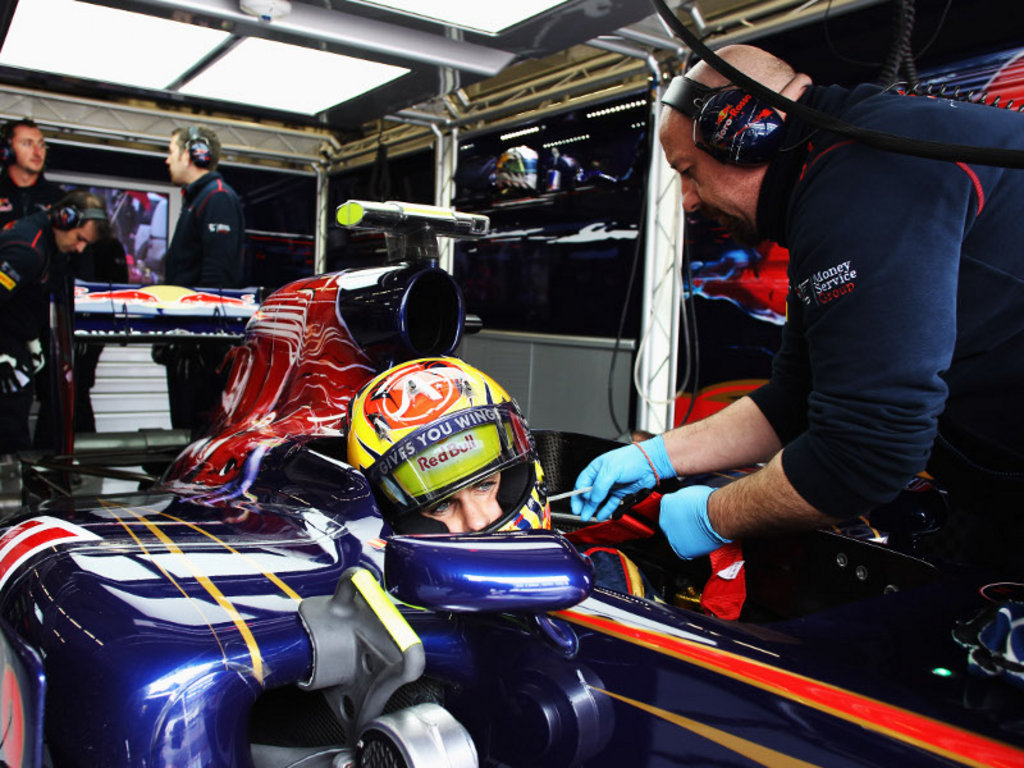 Toro Rosso joined Lotus, Virgin and Hispania at the bottom of the timesheets in Saturday’s Turkish GP qualifying…

Toro Rosso joined Lotus, Virgin and Hispania at the bottom of the timesheets in Saturday’s Turkish GP qualifying…

Toro Rosso:
Sebastien Buemi: “It’s a bit hard to understand why we are so far off. I would say that this morning, the track was quicker for us and I am not sure why I could not do the same lap time this afternoon as I managed in the morning. Maybe it’s down to the drastic increase in temperature that we seem to have lost some grip. Overall, I am therefore disappointed with this qualifying session as I feel we could have done better and maybe been higher up on the grid, as one tenth of a second would have made a big difference. Let’s see what happens tomorrow, when apparently there is a chance it might rain and that could change everything.”

Jaime Alguersuari: “All things considered, this is not such a bad result as at least we have saved a set of new tyres for the race which is a positive point. Maybe we could have improved the balance of the car on another set, as it changed a lot from this morning to the afternoon, which was down to the change in temperature and track condition. I did not do so much running in the morning which obviously did not help. But I must be positive and am looking forward to having a good race tomorrow as we have enough tyres to do well, so let’s see what happens.”

Team Lotus:
Heikki Kovalainen: “I’m happy with that. We only have to find a little bit more to join the fight in Q2 but today we had a good strategy and got everything that we could from the tyres. I’m pleased with my own performance – the quick lap was right on the money with no mistakes so it’s a good feeling to keep edging closer. We’re all looking forward to the Barcelona upgrade package where hopefully that will deliver a greater performance gain compared to what the opposition will bring but we’re nearly there so for now it’s just about keeping up the effort and putting in another strong performance tomorrow.”

Jarno Trulli: “I’m pretty much satisfied with my run today. Unfortunately I had a DRS issue which obviously costs a lot of time on a circuit like this but I think that all round we did as good a job as we could today. Our race pace definitely gives us a chance to fight with the cars ahead so hopefully we can sort out the DRS issue and replicate what we did in the race in China.”

Virgin:
Jerome D’Ambrosio: “Another good day for me although we had hoped for something a bit better in terms of performance. But that’s where we are at present with the new package. We need to keep our heads down and keep pushing forward, keep improving and fine-tuning it to the track. In terms of my own performance I’m happy because I maintained the level I was at in Shanghai, which shows I have learned a lot and also applied what I’ve learned. But it’s a long road for me, I still need to understand why sometimes things go well and sometimes they don’t, so I will continue to keep working hard and keep a cool head.”

Timo Glock: “Not a perfect qualifying for me for sure. I suffered some engine hesitations in turns 12-14, which we will address for tomorrow, but otherwise from my side it was okay. For some reason though, I wasn’t able to get the same from the car as J