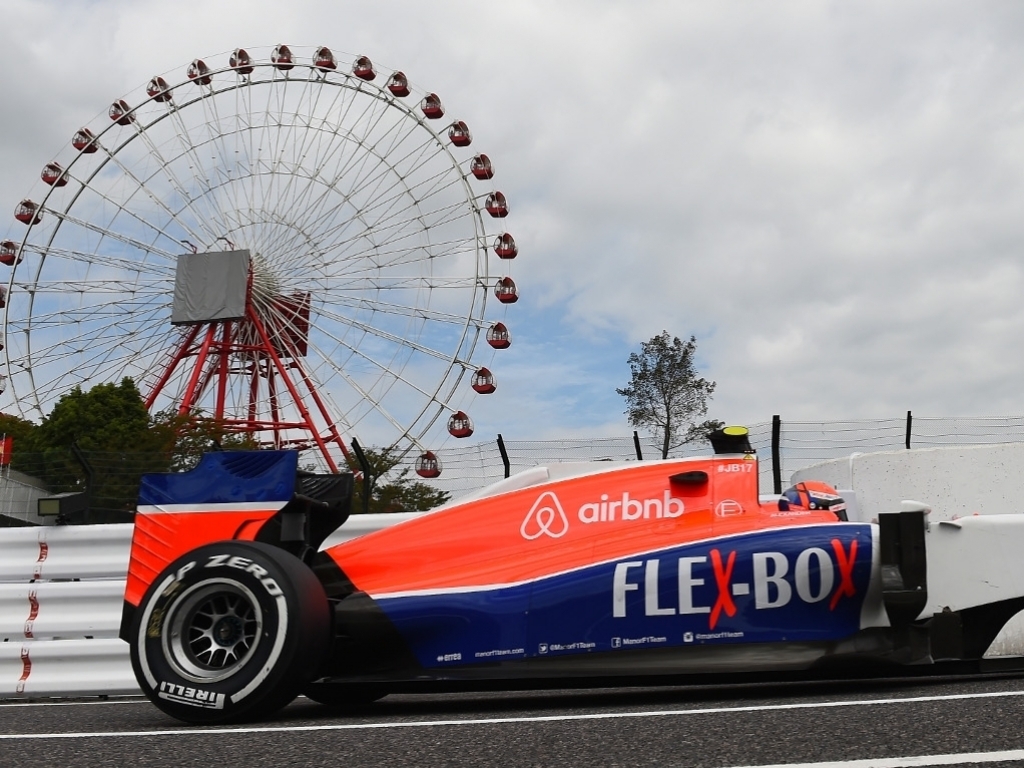 Jenson Button failed to make it through to Q2 after miscommunication with the pit wall while both Saubers also crashed out in Q1.

Toro Rosso
Carlos Sainz: “It’s disappointing to be out in Q2, it was definitely a day to get into the top ten easily. Unfortunately, during my second Q2 run, we picked-up some vibrations on the front tyres, which meant that I couldn’t improve my time and missed out in getting into Q3. It’s been difficult to adapt to this track in the dry. I had just 20 laps to learn the circuit and today it’s all been a build-up until Q2, when I finally felt totally comfortable and knew exactly what lines to take. I was ready to get into Q3 and it was a big shame not to make it in the end. I was starting to have great fun! For tomorrow our objective is to finish in the points again. I have a set of new Option tyres available, so that should help a bit, and I also have a good car so I’m convinced we can have a great race.”

Max Verstappen: “Certainly not the best of days! I had a sudden loss of power, all the electricity shut-down in the hairpin and from there on I couldn’t do anything. It’s very frustrating, because the car was going very well, but in the end it is what it is… We might be on the back foot again before the race, but we never give up. Hopefully tomorrow we have a bit more luck and can enjoy a good race – it would be good if some rain spices it all up! Our objective will be to finish within the top ten… We have to do some overtaking again, but I’m ready for it!”

McLaren
Fernando Alonso: “That was probably the best lap of my career around Suzuka. I could have fitted 100 more sets of tyres to the car, and I probably still wouldn’t have bettered that Q2 lap-time. It’s frustrating to end up 14th, but that’s the situation at the moment. And it’s not as though anyone in the team is relaxing. No, we’re pushing hard, but there are no magic solutions. Tomorrow’s race will be tough – there are faster cars behind, such as Max’s [Verstappen], but we’ll do our best to try to get some points. For all the fans who are supporting us, it would be nice to get both cars to the chequered flag tomorrow.”

Jenson Button: “The Q1 yellow flag in the middle sector meant I had to lift. Without that, I probably would have got through to Q2. However, I wasn’t told in which engine mode to put the car. Every time before we start a timed lap, we’re instructed over the radio to adopt a particular setting, but I didn’t get told, and I went to the wrong setting. The car didn’t feel too bad to drive – but we needed to get everything out of it today, and we didn’t. You can’t make a single mistake here – even going half-a-turn out on the front wing makes a big difference. The race will be tough for everyone tomorrow. But as usual we’ll try our best.”

Sauber
Marcus Ericsson: “That was a messy session. I was compromised a bit by the mistake I made on the first run. I pushed the rear tyre a fraction too much to the edge of the track and then I lost the car in the entry to turn 13. I had no reference lap time for the second run. I was then on a good lap at my second try, and I think I would have made it into Q2 without the yellow flags. It is a shame, as there was more possible today. Tomorrow we need to fight back.”

Felipe Nasr: “We had bad luck today. Q2 was possible from my point of view. I was on my best lap when I came across yellow flags. Tomorrow we have to give our best. It is not an easy track to overtake on, so we need to benefit from any opportunities that might come up.”

Manor
Will Stevens: “Overall I’m pretty happy with qualifying today, as I’ve had limited running here. It was important to get a lap in early, so I was unaffected by the first yellow flag for Ericsson. I was improving on my second lap, but then the yellow flags came out in sector 2 and I had to slow. Our long runs looked good this morning, so I’m looking forward to tomorrow.”

Alexander Rossi: “To have a yellow flag on both my push laps is just the worst luck. I’ve never had a situation like that, so I was pretty shocked and disappointed by what happened today. Obviously I’ve been well within 107% during the weekend and I know the procedures, but even so, it’s not a great feeling. There hasn’t been much dry running so far, so we haven’t had the best preparation for a dry race, but I’m enjoying the track and I know there’s a lot more to come.”