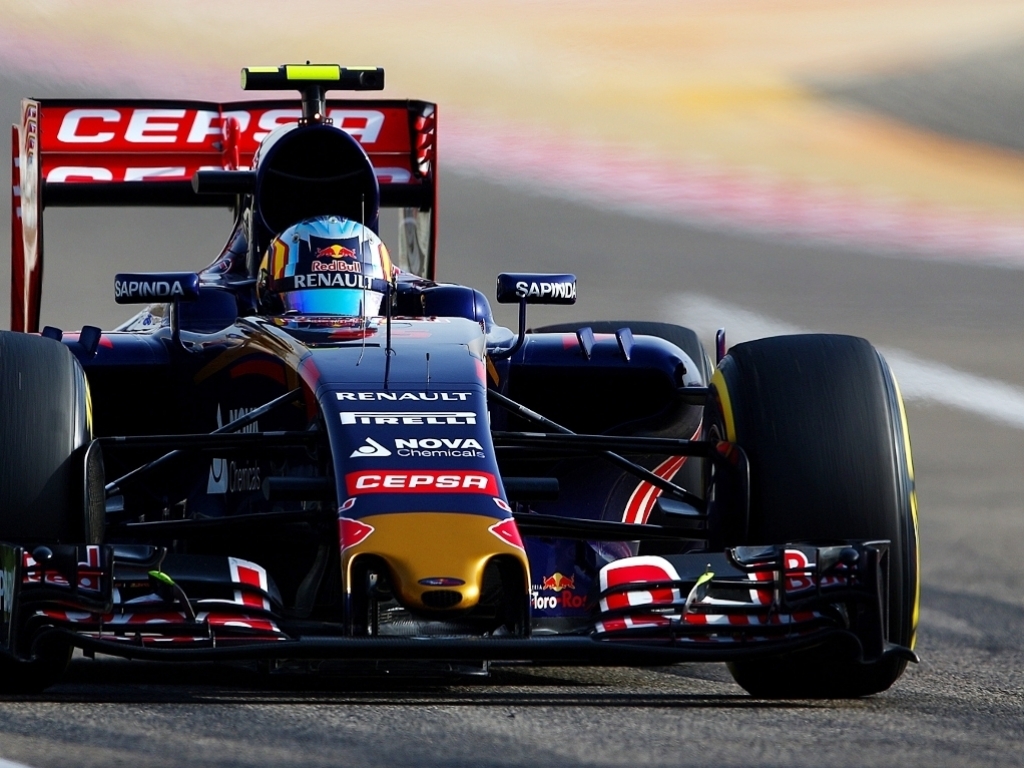 Carlos Sainz had a great qualifying in Spain as he led the quartet of Toro Rosso and Red Bull drivers, all of whom made it into Q3…

Toro Rosso:
Carlos Sainz Jr: "Wow! What a result! This is something very special and I’m very, very happy! A P5 and a P6 is an amazing achievement for the whole team. I wasn’t totally comfortable with the car up until the qualifying session, but then in Q1’s first run the car was right where I wanted it, I was feeling very confident and was able to build on that and score a very nice result. I can only put this down to a lot of hard work and analysis, and I have to thank the team for this. It won’t be easy to finish the race in the top five, but it’s free to dream and we will try our best to end the race in the highest position possible. I’m also very happy to be starting tomorrow’s race from P5 here at home in Barcelona, in front of my home crowd. I could see all the fans cheering, it was a great feeling and I’d like to thank them all for their support. Let’s push for a good result in the race tomorrow."

Max Verstappen: "I’m not 100% happy with my lap as I was struggling a bit with the balance compared to this morning’s practice session, but today’s sixth place is still a positive result! To start tomorrow’s race from fifth and sixth is a great achievement for us and there’s a fantastic atmosphere right now in the team. The most important is for both of us to score points and that’s what we’ll fight for tomorrow. The car has been great the whole weekend and, even though it won’t be easy, I will try to keep my position in the race."

Red Bull:
Daniil Kvyat: "I did my best and so I can’t be happy with P8. Maybe we have not got the most out of our upgrades just yet, but I’m sure the team can turn things around. At least this weekend, we have had a clean free practice and qualifying and, step by step we will get there. Nevertheless, tomorrow is the day that matters, the thing we are all fighting for and there is still everything to play for, so I can definitely aim to score some points starting from where I am on the grid."

Daniel Ricciardo: "I think tenth place must be my worst quali since I started with the team, so it wasn’t the best day. I was frustrated mainly in sector 3. In Q1 and Q2 I felt it was my strongest sector, but then in the end we lost maybe half a second or more through there. And I don’t really have an explanation for why that happened. I am disappointed with the outcome, as I had hoped to be at least P7 or P8. From the long run I did in FP3 this morning, the car performed consistently and the balance was okay, so we should be okay on tyres tomorrow. We are not really quick enough down the straights, so we need a good start and then we will try and do something with strategy."

Lotus:
Romain Grosjean: "We can be happy with where we are following qualifying After this morning we didn’t think that we’d make it into Q2 but we made good progress since FP3. P11 is quite a good position to be in, on a clean side of the grid and we’ll have plenty of new tyres for tomorrow’s race. Of course I’m a racer and I always want more, which sometimes can cost me a little bit but it’s been good to be able to fight this afternoon after a complicated start to the weekend."

Pastor Maldonado: "We ran a different strategy for qualifying as we saw that the single lap pace potential wasn’t all there, so we’ve looked to the race and our strategy there to make up positions, especially with an extra set of new tyres relative to our rivals."

McLaren:
Fernando Alonso: "This is the first time both McLaren-Hondas have got into Q2 this season, so we’re definitely unlocking more of the car’s potential, and there’ll be more to come in the next couple of races. Still, this is another step forward, and I hope we can fight for points tomorrow. We’re starting 13th, and our tyre management looks quite good, so I think it’s realistic to look at getting into the top 10, but we’ll need to attack throughout the race. To be honest, however, scoring one or two points tomorrow isn’t what we as a team are looking for, but it’s good for everyone’s motivation if we keep achieving tangible results – so scoring points will be a good step."

Jenson Button: "I’m a bit frustrated because we fitted new brakes for qualifying, and, every time I braked for Turn One, the car pulled to the left. On my last run in Q2, the team told me to warm the brakes in a different way, which meant they weren’t fully warmed up by the time I started my fast lap, so I had front locking for the first three corners. It felt a bit weird, so we need to look at the reasons why. I hope that we can be relatively competitive and have a reasonable race tomorrow. We’re making solid progress – we got both cars into Q2 on merit, without any cars ahead of us suffering any issues. That’s a positive step for the whole team. Yesterday, our long-run practice pace looked okay – a lot of teams turn their engines up for qualifying, and then turn them down again for the race; but we don’t have to do that, so we perhaps go into the race with a bit more potential than some of the cars ahead of us. I’m looking forward to the race."