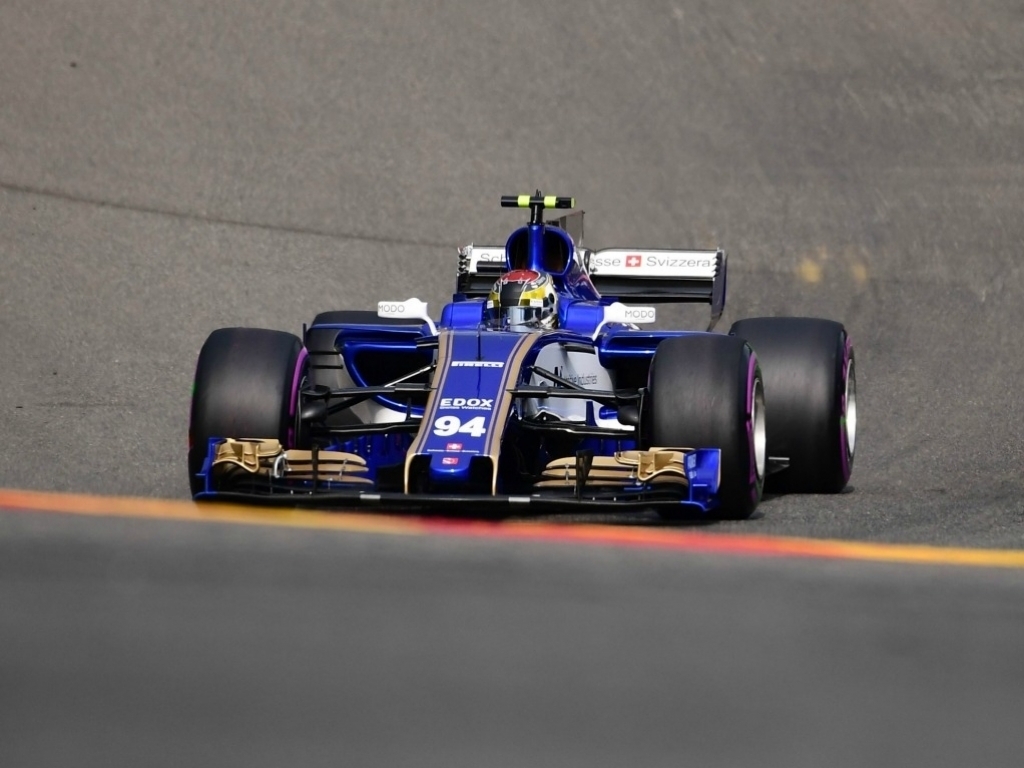 Both Williams cars were knocked out of Q1 again as Felipe Massa, Danill Kvyat, Marcus Ericsson and Pascal Wehrlein all pick up penalties.

Carlos Sainz Jr: "I'm a bit disappointed with ending up P14 in today's qualifying because we've had a good weekend up until now; I've been on it since FP1, always in the top ten and doing very good laps. Today's qualifying was more of the same … we were starting to think a top ten qualifying was possible here, but when you see yourself only P14, it's quite frustrating. I think I extracted the maximum out of the car so we just need to keep pushing. We will see what we're capable of doing tomorrow – it's been a good weekend so far, so there's no reason to think we can't go forward! – and hopefully we can fish some points!

Daniil Kvyat: "I haven't driven much this weekend, so it's not been easy – in this morning's FP3 we had an issue with the PU and I have to say the guys did a great job to get the engine changed in time for Quali! I tried to do the best lap I could but I wasn't feeling totally comfortable and we were only able to end up P17… I haven't even done a single long-run, so it's difficult to say what to expect for tomorrow. We also have a grid penalty so we will be starting from the back, but we will try our best and see where we end up."

Kevin Magnussen: “Qualifying was OK. The last run I didn’t put the lap together, which was a bit of a shame. I don’t think it would’ve changed so much anyway, but it’s never so good when you don’t get your lap together. In the end, I think the gap was too big to do anything. Only Romain was within reach, really. It’s not a bad position for tomorrow’s race to try and fight for points. Not a lot has to happen at the front to get us into the points. We don’t really know how the car is in race trim, but we’ll see tomorrow. I don’t expect it to be too different from today. We should be able to fight for points.”

Romain Grosjean:  "Yesterday we tried a few downforce levels and, clearly, we had one that was far too light and it made the car tricky to drive. Today I'm very happy with myself and the team. It was a hell of a lap in qualifying. I could've done better with the tow, but I wasn't quite close enough to the car in front of me to get the advantage on the straight line. The rest of the lap was pretty amazing. It's the best we could do, to be fair. The car felt OK setup-wise. I pushed really hard, but on the low-drag circuits we've been struggling a little bit. It's going to be a long race tomorrow with a lot happening. Nobody has real information about tire degradation and from the few laps I did yesterday on high fuel, the car felt OK. I'm looking forward to it."

Felipe Massa: “I’m so disappointed with the result. We’re not competitive enough. I thought maybe the crash would have been a problem today but I managed to understand the balance and the car. The car is just not competitive so I’m pretty disappointed. Even before losing five positions on the grid, it’s not a great start for the race tomorrow but racing is racing. We need to try everything we can and that’s what I’m looking forward to tomorrow.”

Lance Stroll: “I had a broken rear endplate and it is just one of those things that happens. Unluckily that held me up so I couldn’t get out for a second run in Q1 and my qualifying ended there. We need a quicker and more competitive car, as we just can’t carry the speed that some other cars can and it is really costing us a lot on certain tracks. If I had got out there for my second run I would definitely have gone quicker, but I think it would have been tough to get out of Q1. It is very frustrating and not where we want to be, but we have got to keep working on the car. I just hope for a better day tomorrow, as we have long straights, overtaking is possible and you have got to be positive and hopeful.”

Marcus Ericsson: “We knew that today’s qualifying would be a bit more difficult for us, as it is a power sensitive track. Considering the technical issue I had during FP3, and the small amount of laps I was able to complete, the team did a good job to optimise the car. The car felt good, however, we have to find a way to improve our performance. The weather can play a crucial part in the outcome of the race tomorrow.”

Pascal Wehrlein: “Overall, today was a better day for me in terms of track time. I ran a good amount of laps during FP3. Unfortunately, our performance is not where we would like it to be yet. We are looking at our data and working on finding a way to improve for tomorrow’s race.”