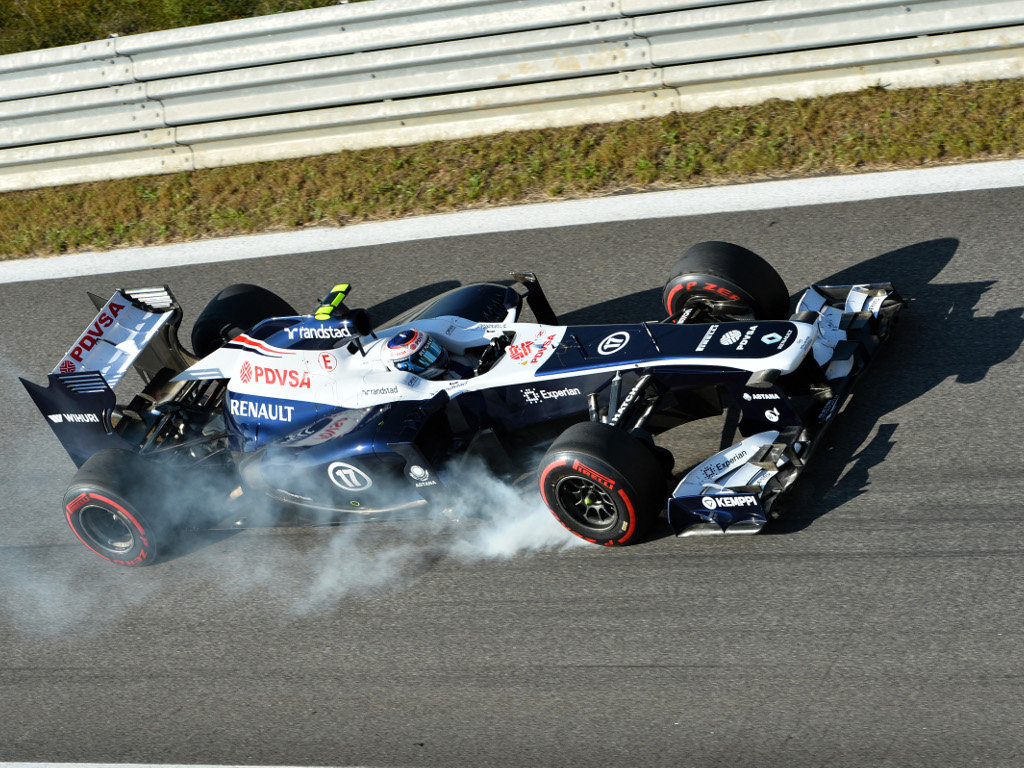 Williams:
Valtteri Bottas: “I drove a good lap but unfortunately we just didn’t have the pace in the car to get us through to Q2, with the car lacking overall grip when I was pushing hard on my final run. Of course the team are disappointed with this result but I am fully focused to work hard with them to improve the car’s performance ahead of the race tomorrow so that we can make up a good number of places.”

Pastor Maldonado: “I struggled with traffic in my last sector which cost me some time on my final run, but we just didn’t have the speed to get through to Q2 today and I was having trouble getting grip from the tyres. Our long run pace has looked better this weekend so that is a positive we can focus on ”

Caterham:
Charles Pic: “We made some changes to the car overnight and the balance was better in FP3. At the start the car felt quite similar to FP1 – it was very much on the nose and it felt like we’d gone a bit too far forward on the aero balance, particularly in the medium and high speed corners so we changed the front wing flap angle for run two but it didn’t really improve too much. The change increased understeer but didn’t improve the car’s stability so we made another mechanical change for the performance run and it immediately felt like the balance was better, particularly in the medium speed corners. We still had a bit of work to do before qualifying on improving the rear stability so we did that over lunch and started quali with a car that felt pretty well balanced. In quali we went for two runs on the supersofts, going out quite late into the session. The first run was ok but there was definitely time to be found which I managed to do on the second run, finishing up 19th and again clear of our nearest competitors. I did have a bit of traffic on the fast lap but even with that we wouldn’t have been able to push the cars ahead too much so we start tomorrow about where we expected and with the car now feeling much better than Friday I’m looking forward to the race.”

Giedo van der Garde: “Friday had gone pretty well for us and the car felt similar on Saturday. We’d made a few changes overnight and had maybe introduced a bit too much oversteer at the start of FP3, particularly in sector two, but overall it felt ok. We didn’t make any big changes for run two as I was pretty happy with the car and then went onto the supersofts for the normal performance run at the end of the session and it was still ok. I made a bit of a mistake with the DRS in sector three on my fastest lap but I went into quali feeling positive. Quali was really close! The first run in Q1 was ok but we clearly had some time to make up – not enough to fight the Williams but definitely enough to put us back ahead of Bianchi and Chilton. In the end sector one wasn’t as clean as we’d hoped for but the other two sectors were good and it was a very tight fight with my teammate. This time he just came out on top so we’ll start the race behind the Williams cars – the aim is obviously to repeat what we did in Singapore and fight them as much as we can. We’ve shown recently that we have the race pace to do that so let’s see what happens tomorrow.”

Marussia:
Jules Bianchi: “We seem to be doing a better job of sticking with the Caterhams now and although the gap was closer in this morning’s Free Practice session, I hope we can have a better fight with them tomorrow, despite the setback of the grid penalty. We’ve done a good job of improving the car balance and we didn’t get enough of an opportunity to really show that in qualifying, but I do feel more confident for the race now.”

Max Chilton: “I’m really pleased with the progress we’ve made with the car this weekend. I’m also really encouraged by my pace compared to Jules, which this afternoon was just over a tenth away. We obviously can’t be sure yet what the weather will bring but based on the work we’ve done so far I’m quite happy and looking forward to 51 laps of the Korea International Circuit tomorrow in my first race here.”