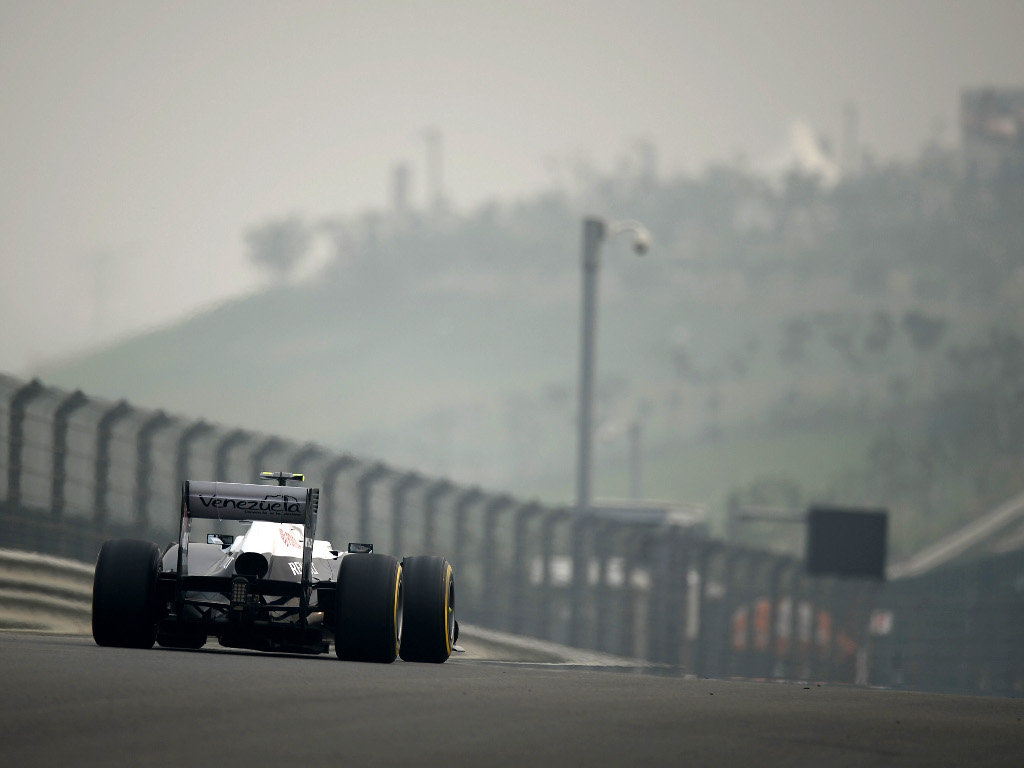 Williams failed to impress in qualifying for the Indian Grand Prix weekend, slowest overall in practice with Caterham and Marussia…

Williams failed to impress in qualifying for the Indian Grand Prix weekend, slowest overall in practice with Caterham and Marussia…

Williams:
Valtteri Bottas: “It was very tight out there today. In Q1 we managed to make the most of the car and the balance felt pretty good. In Q2 we were compromised a bit on our final run as there was a big queue of cars on the out-lap and the tyre temperatures were a little low at the beginning of my flying lap which cost me some time. We could have gone a bit faster, but having said that, the cars in front of us still have better raw pace so this qualifying result is a fair reflection of where we are this weekend. We will be working hard tonight to make further improvements to the set-up so that we can challenge for a better position in the race.”

Pastor Maldonado: “I was faced with traffic twice on my first run in Q1 on the soft tyres, once in the first corner and also again in Turn 10, which compromised my qualifying as you only really have one chance to get a clean lap on the soft tyres because the degradation is so high. I am usually able to recover some positions in the race and the car is more competitive on long runs so I’m confident we can move forward tomorrow.”

Marussia:
Jules Bianchi: “This morning I was not so happy with the car balance but we seem to be on top of it again and my qualifying was good. We have been very close with Caterham all weekend but I am pleased to finish ahead of them today. I think we look set for an interesting race tomorrow, so it is difficult to make any predictions, but obviously I would like to hold my starting position relative to them and maybe some opportunities may arise as well.”

Max Chilton: “It has been a difficult weekend with the car balance and at a circuit where you really need to be on top of that to push with confidence. This morning I was a little happier but in qualifying it didn’t work out as well. Having been closer to the group on my first run, I wasn’t able to improve enough on my second. I’m a little more confident in my race pace, so we will work hard overnight to see what we can do to optimise that.”

Caterham:
Giedo van der Garde: “I was really happy with how the car had performed yesterday and it wasn’t too much different at the start of FP3. I did have a bit of understeer in turns 10 and 11 so we added a bit more front wing to help with that, but overall it was still OK. On the performance run I was having issues with the front tyre warm up and a bit of understeer in the middle sector, so we made a couple more changes for quali to deal with that. We went for two runs on the options in quali and my first run was ok but there was definitely time to find, particularly in the middle sector. We had planned to go for two quick laps but it was clear we could find the time with just one so we went for it and my lap was pretty close to getting as much as I could from the car. The tyres weren’t quite working at full performance in sector one, so maybe there was a tenth or two there, but sectors two and three were close to the maximum. Tomorrow we know we have the race pace to pull away from our nearest rivals, so we’ll see how it works out.”

Charles Pic: “We started FP3 with the usual first run on the prime tyre and after the changes we made overnight I was much happier with the car. The front grip was a lot better and the car was now constant through the high speed sections – basically behaving more normally. We did still have some work to do improve entry stability on turn-in and on mid-exit, but overall it was a good step from Friday. The final time on the softs, on the second run, showed the progress we’d made overnight and even though the session was delayed at the start, it was still a good session. In quali the track had a bit more grip but on the first run I couldn’t fully exploit that so we took a bit of front wing out and went for one quick lap on the second run. Unfortunately I was stuck between a couple of cars on that lap and couldn’t find the space to put in the time we know is in the car, so ended up 21st”