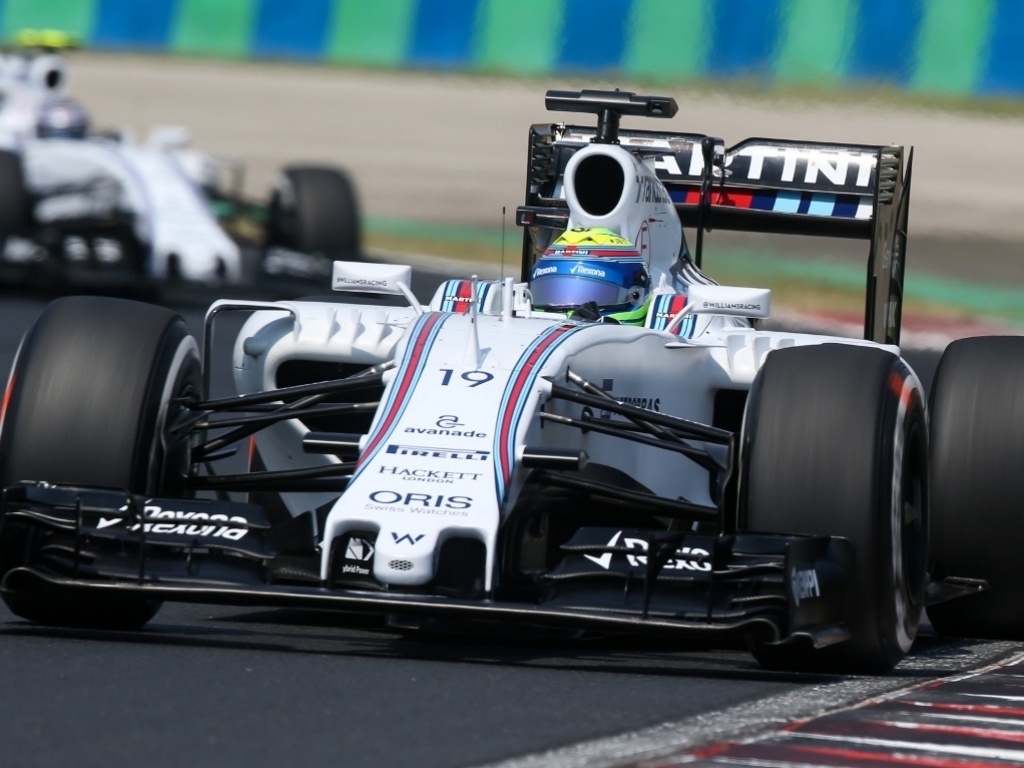 There were top ten positions in Saturday's qualifying for the Hungarian GP for Valtteri Bottas, Felipe Massa, Max Verstappen and Romain Grosjean…

Williams:
Valtteri Bottas: "As expected it was a really close qualifying and we were just a few tenths slower than we wanted to be. I got everything I could of from the car so I am pleased with my performance. Tomorrow is the points day, and we have a bit of work to do, but we will fight to the end."

Felipe Massa: "I am content, I would like to have been further up the grid, but I just didn’t deliver a clean lap. I will focus on making the most of the tyres tomorrow and hope we can have a better car in the race than qualifying. The lower temperature expected tomorrow could also play into our hands. I have a lot to do and let’s hope we both get starts similar to Silverstone."

Toro Rosso:
Max Verstappen: "I’m happy with qualifying in ninth position today, especially after having a few problems in this morning’s practice session where, like yesterday, I was struggling a bit with the high track temperatures. We were able to stay calm and it was a good qualifying lap. I think today’s result is the maximum we could do and I enjoyed it out there this afternoon! Our objective for tomorrow is clearly to score some points and I will try my best to make that happen."

Carlos Sainz Jr: "I had been quite comfortable with the car the whole weekend, we were looking strong. However, in today’s qualifying session the conditions changed, as well as the feeling with the car, especially with the brakes, compared to yesterday. All this made me lose my references and I just couldn’t get into a rhythm, so unfortunately I struggled to put a qualifying lap together. We really didn’t expect to find ourselves in this position as we knew we had the potential to make it into the top ten. We need to analyse this and focus on tomorrow’s race. It’s not the easiest of tracks to overtake, but we said the same about Monaco and I was able to finish in the points after having started from the pit-lane, so anything is possible tomorrow and we will fight as hard as possible for more points."

Lotus:
Romain Grosjean: "I think we got everything we could out of the car today, it’s good to be in the top ten. It was a tough qualifying with the wind picking up at the beginning of the session. We struggled a bit with our first run but Q2 was much better. I really pushed hard and put everything together, it was a fantastic lap. Generally, I’m happy with today’s performance and proud of my team for what we have achieved. Tomorrow, temperatures should drop down a little bit which makes it easier, and then hopefully, we can score points."

Pastor Maldonado: "We had potential for Q3, the pace was there early on, I did a good lap in Q1 and placed in the top ten but unfortunately we were not able to repeat this in Q2. We didn’t have as good a progression as we would have liked, especially with the red flag, and then I locked up in turn one which compromised my lap time. I don’t think this is a position that is representative for us. We’ll see tomorrow, the race pace is there – we showed that in Q1 – the potential is there so I think we can put together a good race and score points."