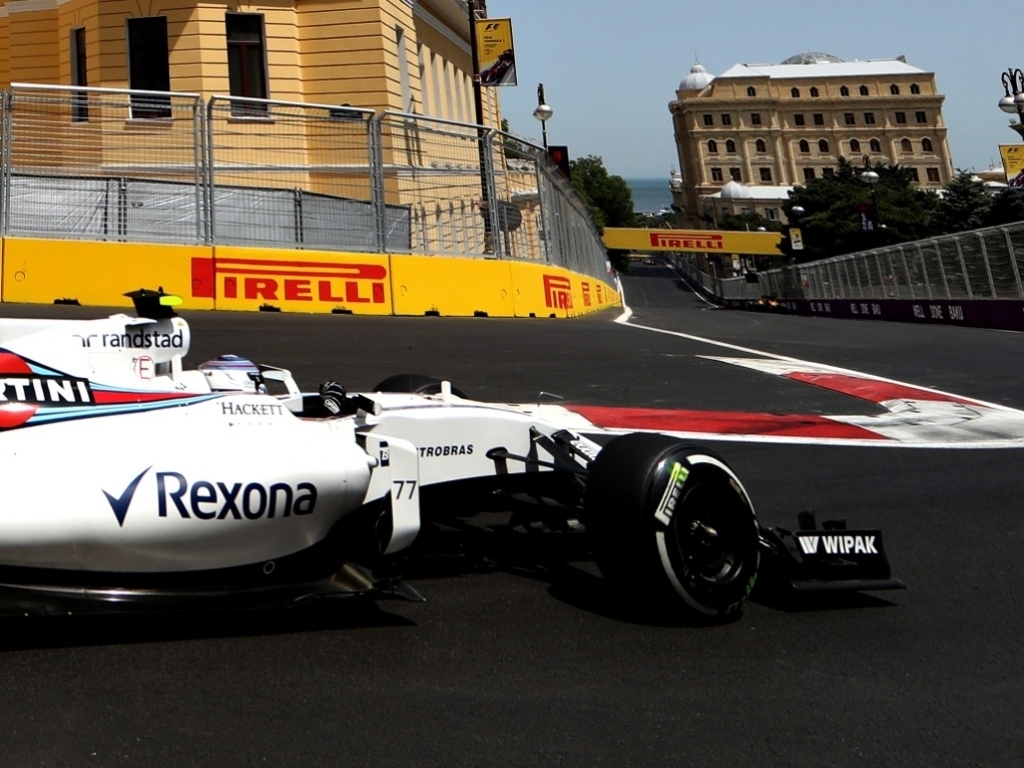 Williams:
Felipe Massa: “I’m happy with the result in qualifying. It was much better than I was expecting because I had been struggling with the car all weekend. In qualifying, I was able to improve the way I was driving and improve the car at the same time. We were a little bit lucky at the end of Q3 because I managed to set a time before the red flag, but this is part of the game. I’m still not one hundred per cent happy with the balance and I made a little mistake in the last corner, so it could have been maybe two tenths quicker. I hope we can have a good race tomorrow but it will be very tough, this track could be one of the most difficult to finish. We’ve seen only half the GP2 grid finish their race, so we need to be very clever with everything that could happen tomorrow.”

Valtteri Bottas: “I think we were unlucky today. Missing FP3 definitely made qualifying more difficult. It’s hard to say how much it affected us, but I don’t think our pace was too bad. I didn’t put a perfect lap together in Q1 or Q2, so I think to get through how we did shows that we had good pace. Q3 was tough because I was heavily affected by traffic on both of my runs and I think there was definitely about half a second to be found in the car. For tomorrow, we have a good race pace so I’m sure we can have a good day.”

Toro Rosso:
Daniil Kvyat: “It was a good day, I’m quite happy! We managed to get some clean laps, something which isn’t easy to do here in Baku and a trouble-free qualifying session is definitely what I needed. It was tricky out there as the track was changing all the time and you had to go in line with the evolution, but we managed it well and did a good job. We will now try and do the same tomorrow – there will definitely be plenty of opportunities and we will have to be very alive and make sure we take them. I have to say I enjoyed today’s quali quite a lot. I’ve been feeling more and more confident with the car and to start tomorrow’s race from P7 is a positive result.”

Carlos Sainz Jr: “A bit of a disappointing day for me – it’s a shame, because we had a decent Friday and I was feeling good. We had new brakes on the car today and unfortunately I wasn’t feeling as confident as yesterday under braking. Maybe this could be a reason why in qualifying I just didn’t manage to extract the most out of the car… and if you also add the fact that there was a lot of traffic, in the end it wasn’t possible to get into Q3. Let’s see what we are capable of doing tomorrow, hopefully we can do another good comeback – it can be a very crazy race here, so I’m convinced that with a clever strategy and quick pit-stops we can manage it! All in all, we need to stay optimistic because tomorrow can certainly be a better day.”

Haas:
Romain Grosjean: “Pretty good result at the end of the day. It was the best we could’ve hoped for. Being just outside the top-10 is actually quite good for our strategy and the tires tomorrow. I struggled with the grip and the braking in Q1. I was blocked a couple of times and I was a bit worried. The second run I needed a clean lap and we did that. The car felt great in Q2 and I managed to get some good grip from the tyres, which helped a lot. We still have to investigate our brakes a bit to make sure the car is performing better. Generally, it was a good performance from the team. All weekend long it’s been working well, so I’m happy with that.”

Esteban Gutierrez: “Today hasn’t been a good day for me. I’ve been struggling a bit with the brakes. On the last lap I took a few risks and I made a small mistake. Unfortunately, I didn’t have another chance after that. Overall, I think sometimes you have to take risks and these things happen. In racing you have to try to make the most of every opportunity and, occasionally, it comes out like this. Looking ahead to tomorrow, we will try to advance as much as we can and get the best out of our performance. The track will allow for some overtaking so it will be a great race to watch.”