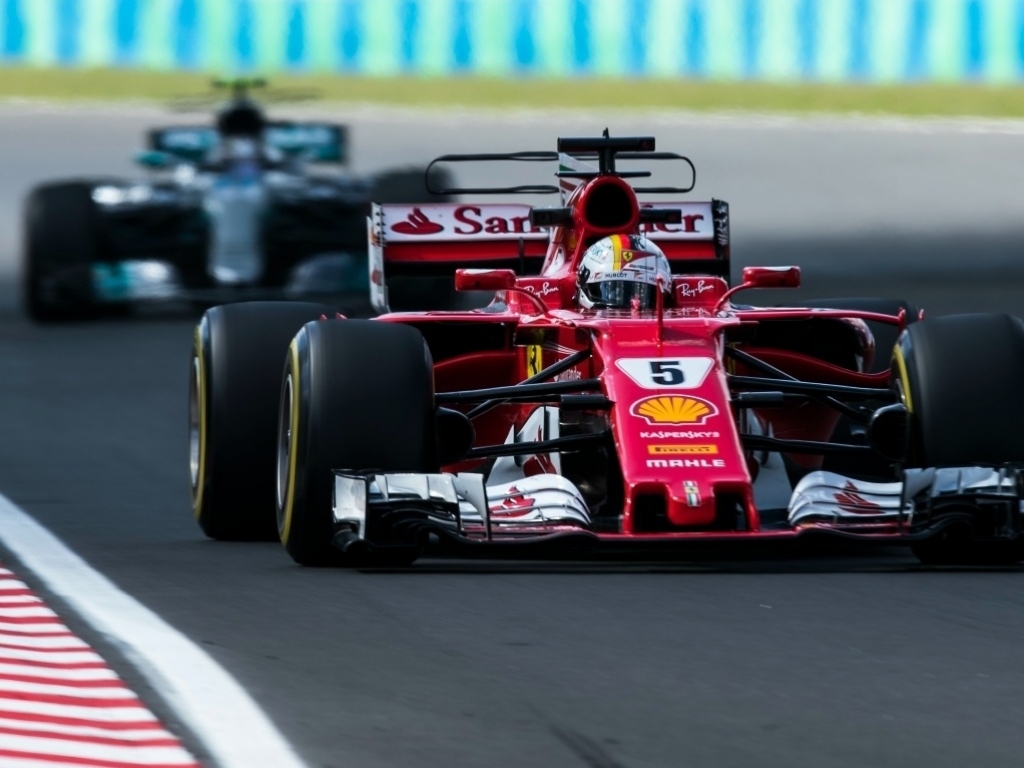 Ferrari secured their third front-row lock-out of the season, but another off day for Lewis Hamilton down in P4.

Sebastian Vettel: “Today has been a great day. The car and the whole session were fantastic! I am really happy. We brought some new parts here and we tested them yesterday. Then obviously, we talked about it a lot and I think we got the car in better shape this morning. We are working very hard to get everything right. The guys have worked so hard and they love what they do. So, it is good to get back into the car and do our job. We love racing and this weekend has been very good so far. We know we have a strong car, no matter where we go, and that’s the great thing about this year. Now we have to move forward and focus. Qualifying is done, so we now concentrate on the race. There’s a lot of hard work to do and we need to take it one step at a time. Now, we’ll see what happens tomorrow. Thank you all!

Kimi Raikkonen: “First and second position is a very good result for team. We kind of expected that this circuit would fit us better for certain reasons, but of course you cannot ever take it for granted. Today I really felt I had the speed, but I made a rather stupid mistake at the chicane, I put the left wheels on the kerb under braking, got sideways and lost time. I’m a bit disappointed with what I did, because I had the chance to be one place up, but I ‘m happy because I still managed to take second place. It’s been quite close between three teams so far, so tomorrow it all will depend on what happens in the first ten laps; it’s not going to be an easy race for anyone. There’s no way to plan things for the first two corners. The one who makes the best start has the better chances. Tomorrow we’ll have a long way to go to replicate today’s result!”

Valtteri Bottas: “I had to give it everything today. In my first run, the lap was already quite good. Then on the second run in Q3, I was fast in sector one and two but then the tyres overheated and I lost time in sector three. Overall I don’t think there was much more in it for us today. I was surprised by the pace of Ferrari. Yesterday we were hoping that it going to be a really tight fight for the pole. It was but they had the advantage. Now we need to focus on tomorrow. It will be really close on race pace between the top three teams. Starting from third is not too bad. I need a good start and hopefully we can nail the strategy tomorrow.”

Lewis Hamilton: “This hasn’t been the easiest weekend for us. The car didn’t feel completely underneath me during practice but we made some changes into qualifying and the feeling started to improve. We knew Ferrari would be quick after seeing their pace this morning, so considering that fact I think we did pretty well to lock out row two. My laps in qualifying were generally good but I made a mistake in Turn 4 on the first run in Q3, so after that it was all about getting in a banker lap to make sure I set a time. Looking to the race, maybe strategy or the tyres will come into play in a bigger way. Ferrari seems to have the upper hand this weekend and this race is usually a procession on a circuit where it is hard to follow, so there aren’t many opportunities to gain positions. But we will be giving it everything we can.”

Max Verstappen: “For me it was actually a very positive Qualifying. The whole weekend I have been struggling a lot with the car and I just couldn’t really get the balance right but we managed to turn it around and the car was feeling good in Qualifying when it matters. Q1 and Q2 were actually very good but in Q3 it’s always harder for us to step up by four or five tenths like Ferrari and Mercedes as we don’t have that extra engine mode. I think fourth was definitely possible but I changed the front wing on my final run and it seems that I got too much oversteer from that, but we can still be pleased. We have made a good step forward and we are heading in the right direction for sure. It is difficult to say how tomorrow will go and it’s always hard to overtake here but with a good start and maybe an undercut there are many possibilities. It will be an interesting race and I’m actually quite confident for tomorrow.”

Daniel Ricciardo: “When you miss out on track time in any session it has a knock-on effect and the time we lost this morning in FP3 definitely cost us in Qualifying. We had to guess what the track would be like this afternoon and make set-up changes based on that. In Q1we had quite a different car to yesterday but even so we thought higher than sixth was possible. We are in the top three teams so to qualify sixth is basically last for us. My quick lap wasn’t as clean as I would have liked so it’s partially the car and partially me but come tomorrow I think we can still get stuck in and challenge the other guys. A podium is possible in my mind. I am surprised by the pace of the Ferraris, we knew they would be stronger today but we also thought we would be closer. With the updates we have had here I’m looking forward to tomorrow, the car is in good shape to race so I think it will be fun and we can move forward.”