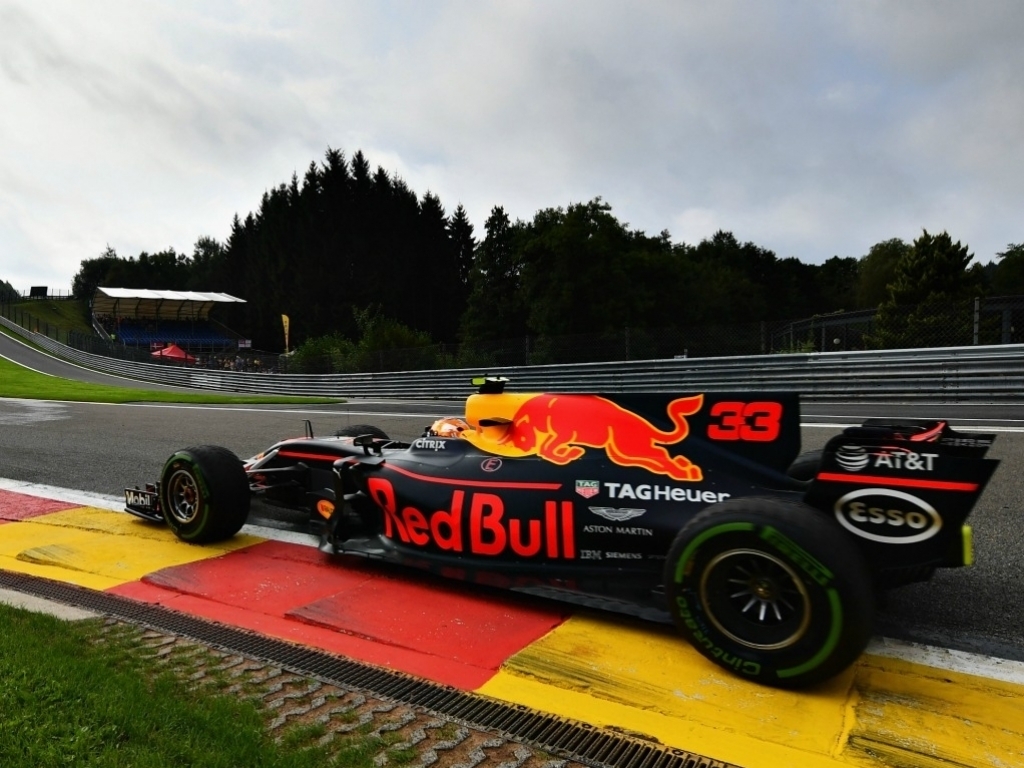 Lewis Hamilton: “I’m really happy and grateful. The past few weeks have been great and I’ve carried the positive energy from my holiday into this weekend. Until I crossed the line and got the pole I hadn’t really realised that I had matched Michael’s record. It’s crazy to think that in 1996, when I was eleven years old, I came here to watch Michael – and now I’ve equalled his record. I’m honoured to be up there with him now and starting the second half of the season this strong is an amazing feeling. I have not really had any bad laps this weekend. But it’s going to be tight tomorrow. Ferrari’s race pace looked good yesterday, so I think it will be a lot closer tomorrow. The rundown to Turn 1 is short, but pole is still the best position to start from. I will try to make it work tomorrow.”

Valtteri Bottas: “First of all, congratulations to Lewis for his 68 poles, that’s a mega achievement. Unfortunately, I didn’t have the pace to fight for the pole today. I’m not sure about the reasons; I’m slightly confused as to why I haven’t been able to get closer. We will need to look for a few more answers in the data. The balance in the car felt good, but I was lacking grip, so I was particularly struggling in the high-speed corners of sector two. I felt a lot more comfortable in the car with high fuel, so that’s good for tomorrow. Driving the 2017 car around Spa is mega – it’s so quick, I’ve never experienced anything like it. We are both starting in the top three, so as a team we will still try to achieve our target and that is a 1-2.”

Sebastian Vettel: “I had a very good feeling already in Q1. During Q2, the main task was to get through and then in Q3 I was just about ok with the first run, but struggling a bit. However, my last run was better. I am happy with today’s result. I think we achieved something that some people didn’t expect from us. The pace was very good and I am really looking forward to tomorrow. It will be a long race with a lot of laps and a long track where more or less everyone has had problems with the tyres during the weekend. As for the extension of my contract with Ferrari, I am very happy for that. I love this team. Two years ago we said we wanted to get back on top and I think we are on the right road. We aren’t where we want to be yet, but we are striving for the top. I am very happy we keep working together. I want to achieve a lot with Ferrari and think it’s the same on the other side. And I want to keep racing in red!”

Kimi Raikkonen: “It was a messy qualifying: all the way through the session I had some vibrations in the car that kept coming and going. It’s hard to know how much they affected the lap time, but for sure it did not help. It’s very disappointing because so far the weekend had gone very smoothly. I felt we had all the tools to do well, the car was good and we had the speed. In the last run I was off to a good start, but then I started struggling with the tyre temperatures and made a mistake, got sideways at turn 9 and it was pretty much the end of it. Fourth position is not a disaster but it is far from what I wanted. It’s unfortunate, wrong time wrong place, but tomorrow is another day. It’s going to be quite tricky with the tyres for everybody: hopefully we’ll have a straightforward race and make the right decisions”.

Max Verstappen: “I was really happy with my lap in Q3, it couldn’t have been better to be honest as I feel I put everything together and got the best performance out of the car possible. I think the lap felt better than P5, last year I was P2 and I think it felt just as good this year, but I’m happy with the result anyway and would say it was a perfect qualifying. I am positively surprised we are so close to Ferrari, Lewis was way ahead but in the race I think we can be closer so perhaps a good result is possible. Our strength is in sector 2 so we will work even harder there to improve a bit but in general the balance of the car was great and that allowed me to execute a very good Qualifying session. Although the car felt good today I still think we need a bit of luck to do something special tomorrow. For now it looks like it will be a dry race so let’s hope that changes overnight and I think then we can fight properly. On my fast laps I was concentrating too much but on my in lap I could see the orange crowd and smoke from all the fans, this is amazing to see. As I left the pit lane there was a guy on the fence in all orange waving me on, it’s awesome.”

Daniel Ricciardo: “We were a bit off in Q1 but I knew there was more time and then in Q2 we got closer to the pace that we needed. Unfortunately in Q3, when you really start to get everything out of it, we couldn’t get much more. I felt like if I pushed more in one part of the track it killed me in another part so I didn’t really feel we had the car to complete one lap at 100%. I just felt a little bit limited with the balance. But I’m going to be optimistic and say, if that’s the case maybe that means we have got a more consistent car for the race. If we’re not getting the peak out of the tyre maybe we can sustain a relatively good pace for longer than the others, so that’s what I’m betting on.”