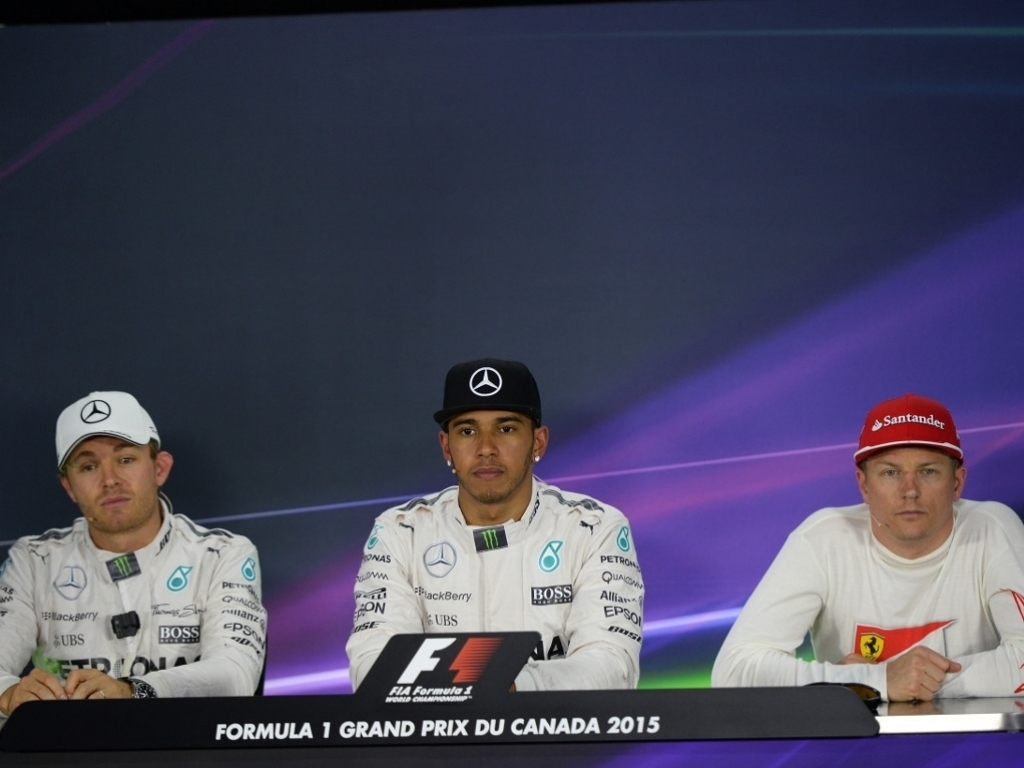 Q: Lewis, pole number 44 in your Formula One career, car number 44 – quite a special one I guess?

Lewis Hamilton: It really is, I feel amazing today. It wasn’t the easiest of days. P3 was actually quite tough and I didn’t actually get any laps or complete any laps – mostly my fault – so I was going into qualifying a bit blind really where the set-up would be. But, yeah, I won my first grand prix here in 2007 and that was incredibly special, so to be back here and to finally… to get another pole here and it be the 44th that’s very, very special for me. Once again an amazing job by the team, by regrouping, pulling together to help keep me and Nico up here and be on the front row for them – it’s a great job by everyone, so well done.

Q: Obviously that first run in Q3 was decisive today.

LH: Yes, the first lap was pretty good; it could have been better. Then the next lap started off bad but then was good in the middle sector so… there was good time in the car and very, very happy with it. It was definitely tough out there with these tyres, which are pretty hard and hard to switch on for everyone, but I enjoyed it.

Q: Well done. Nico, coming to you, I think over the radio you said at the end “that was a rubbish end to qualifying”, tell us more.

Nico Rosberg: That definitely was the best way to sum it up, yeah, because I was really on a roll. I was feeling good. But at the end it just didn’t come together at all. Just struggling with grip and this and that. It didn’t work out and we need to analyse now what it was. I had less rear grip, on the first set especially, because it was a good lap, but I just didn’t go much quicker than that. That’s disappointing but anyway fair play to Lewis and tomorrow… the race is tomorrow, so still some good chances. Here it’s possible to overtake, so it’s not all over yet.

Q: Well done. Kimi, best qualifying of the season so far, congratulations. Quite a stiff challenge from Lotus particularly today, what can you do from where you’re starting, especially from a strategy point of view?

Kimi Raikkonen: Obviously we will see that tomorrow. Overall the weekend has been pretty good, no issues and really things have been as smooth as they can be with the conditions that have been here. I was a bit disappointed for the team that one car had some issue but, you know, tomorrow is the race, usually we are a bit stronger there, so we have to make a good start and go from there and see what comes out. But so far it has been pretty OK, obviously not ideal still, we want to be on the front but it's still better.

Q: Thank you. Back to you Lewis, finally. Practice this weekend has been very interrupted by rain, red flag stoppages, so tomorrow is a bit of a voyage into the unknown in terms of tyre strategy and what have you. How do you feel about the Grand Prix tomorrow and particularly about the race pace that we saw yesterday in practice from Ferrari?

LH: Yeah, well, Ferrari have picked up their pace this weekend. Fortunately, collectively as a team, we’ve managed to at least maintain the pace we had or try to improve in some areas, which is good again. I think they had good race pace but I think they had more deg than us maybe, I don’t know. Tomorrow is a bit of an unknown and once again, as I said, it’s not been the smoothest of weekends but I think this is a… we can build on the foundation that Nico and I have achieved today and tomorrow we can bring the fight to them.

Q: Lewis, one thing we did notice at the end of Q3, a lot of people seemed to struggle to find more time. It looked like, at the end of the hour, there wasn’t perhaps the time coming out of the track. Can you put your finger on what the problem was?

LH: No the track was quicker… well, I think the track was the same, actually, as the first run. I personally lost two-tenths in the first sector and I basically regained it through the lap and finished generally around a similar time, maybe a little bit slower. But generally there was more time to come from the tyres. So, I was just grateful no-one else improved after that.

Q: Nico, you’re obviously not very happy but, looking on the positive side, what can you do from second on the grid – bearing in mind how little everybody knows about how the cars, the tyres etc. are going to perform, based on limited running in practice?

NR: Yeah. I had a bad qualifying but I’m still second on the grid. That’s just thanks to the car that we have and the job that the team is doing. So that’s awesome. It still gives me hope for tomorrow. Here it’s possible to overtake. It’s a long race and a difficult race also, still to play for tomorrow. That’s good. But definitely, yeah, disappointed with today.

Q: Kimi, did your team talk to you about the problem Sebastian had suffered with the MGU-H – was there any concern for your own car? And generally, what are your thoughts on this boosted Ferrari engine, this development engine, how much it’s helped you this weekend?

KR: First of all I know that they had some problem obviously on the other car. It’s a shame for the team – but I don’t know exactly what it is, you’ll have to talk to them. The engine is what we expected. It’s normal work going on, not just the engine but the car, aero… we always try to improve and work on those, so it’s just another kind of normal story. It works as we expected. We still… it’s a better day for me but you know we’re still not where we want to be. There’s still quite a bit of work to be done as a team to be exactly where we want to be – in the front. But y’know, it’s one of those days. You’re not happy but in a way it’s been better than in the past. Let’s wait and see tomorrow. It’s the main day, tomorrow, where we score the points.

Q: (Nicolangelo Cioppi – Il Cittadino Canadese) Kimi, what chance do you have to win tomorrow? Do you think you can win here in Montreal with your car now?

KR: Obviously we’ve made our lives much easier being this close to the front after qualifying so we just have to make a good start and see how it pans out but obviously nobody has done very long runs this weekend so it’s very difficult to know what will happen. I think we’re usually a bit stronger in the race so hopefully it’s the same story tomorrow but time will tell. We will do our best and see where we end up.

Q: (Paolo Ianieri – La Gazzetta dello Sport) Kimi, you’re squeezed between all the Mercedes engines so are you worried, during the race, that even the other Mercedes-powered cars can fight with you or do you think from your pace that you’ve shown, especially yesterday, that you could even be a big challenge for the two in front of you?

KR: It’s more or the less the same answer that I just gave. We can only do our best and we will see in the race, obviously, what will happen but we were pretty ok in the long runs so I feel fine with it. But obviously the race is a different story and yes, we have all the Mercedes cars in front of us but it shows something, that we are doing something right to get there. But there’s still work to be done. Who knows? We will try to beat all of them and see what happens.

Q: (Bill Beacon – Canadian Press) Lewis, was today a bit of a statement, considering the problems of the last couple of weeks?

LH: I don’t think it’s a statement at all. I think it’s definitely a positive to come back into this weekend on the right foot. While it hasn’t been as clean a weekend as I mentioned but to come back with the good pace that I had in the last race and after obviously a difficult time but obviously there’s no points for today, the big race is tomorrow and that’s going to be challenging for us all with the tyres and everything. But I feel in a good position to enter tomorrow.