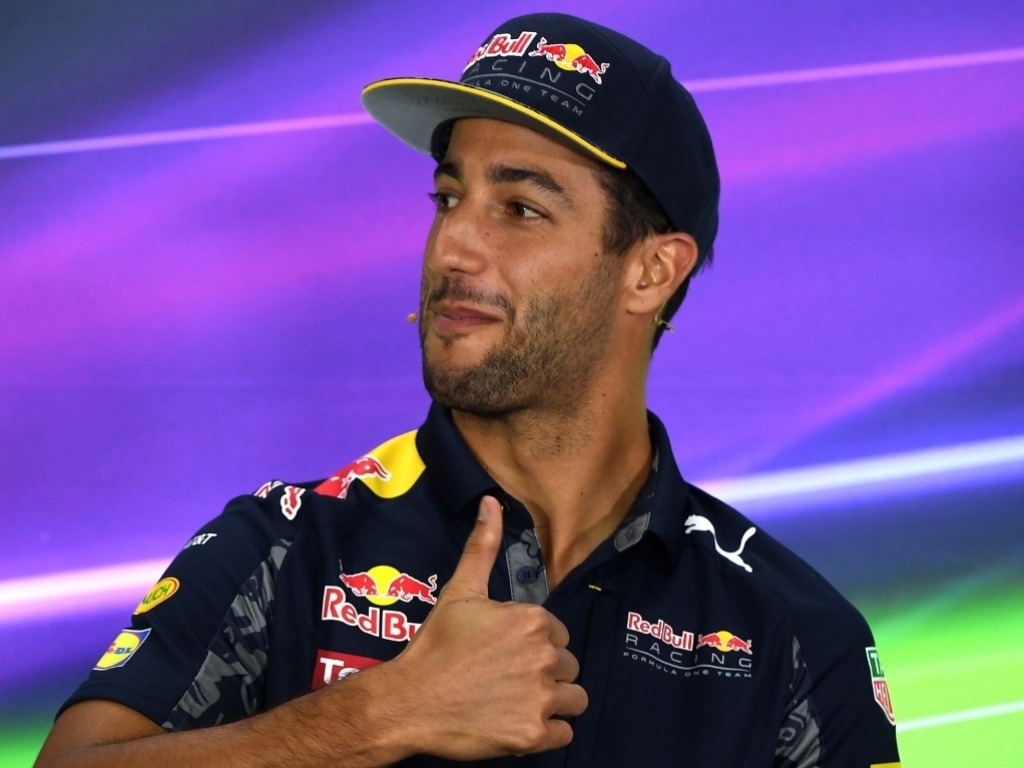 The top three qualifiers of the German Grand Prix discuss their day.

Q: Nico, under pressure there: only one run in the end in Q3 after, we understand, an electronics glitch on your first run. How satisfying is this pole under those circumstances?

Nico Rosberg: Yeah, it was a great feeling. Just a great lap. Not only was it just one lap that I had but I also had extra fuel to make sure that I would have an extra shot if a mistake or something happens. So I had fuel for three laps. So that was some more time in the bag there, so I was really satisfied with that one. That was really cool.

Q: Very well done. Lewis, a little lock-up there, I think into the hairpin, on your final run, only a tenth off Nico. It looks like it’s been a little bit of a tricky weekend, but did you feel it was all coming together for you in qualifying?

Lewis Hamilton: It’s been a good weekend, I had no problems. I had the pace today I just didn’t finish it off in the last lap, so…

LH: I didn’t really have much of a lock-up. It was subtle; I didn’t lose any time.

Q: Thank you for that. Coming to you Daniel, obviously a very close battle between Red Bull and Ferrari there. Do you feel though that you could have been a little bit closer to the Mercedes in the end than the two and a half tenths that it was?

Daniel Ricciardo: I think we got pretty close to be honest. My first lap in Q3 was really good and I knew there probably wasn’t that much more on the table in the second run and in the end a couple of mistakes in that run. There was maybe a tenth or so in it with the perfect lap, but not enough to challenge the pole. We’re close enough. I said yesterday that if we could be within half a second that’s not a bad day in qualifying, so hopefully it means something tomorrow. From what I understand we might have different tyres available for us for the race, so hopefully that makes it interesting.

Q: Just coming back to you Lewis: your thoughts ahead of tomorrow’s grand prix? It’s going to be another tough battle in prospect?

LH: It’s should be a good day for Mercedes. That’s the goal and yeah, we’ll race it out.

Q: And the final word from our pole sitter: your thoughts Nico then, the race in prospect? Another tough battle in prospect, not only with Lewis but with Daniel as well, and any worries for you on the electronics glitch going forward into the grand prix?

NR: No, I don’t know what it was. It just suddenly… how do you say… it just suddenly lost the throttle. So just cut completely the engine, just at the end of the lap. That was disappointing but I’m sure we’ll fix it for tomorrow. It’s never happened before, so I’m sure it will be OK. Definitely it will be an exciting race against Lewis and the Red Bulls and maybe also the Ferraris but they’re a bit further back it seems.

Q: Nico, maybe you could just tell us a little bit more about what you experienced with that electronics glitch – and also, I’m interested in the mental reset after that. You obviously get yourself psyched-up, you know you’ll have another run but to know it’s all on that one lap after you’ve had a setback, just tell us about that mental reset you have to do.

NR: Yeah, it was frustrating at the time because it was a good lap and then to lose it two corners from the end in a way that I’ve never experienced before was definitely tough in that moment. And then also to know that I had to put extra fuel for the last run, to be able to do three laps because just to have a little bit of a contingency plan in case lap one doesn’t work out. And then, yeah, just very happy with that first lap. That was awesome, it really came together well. Yeah, so as a result it was quite challenging to do that last run.

Q: Lewis, obviously it’s been a very strong couple of months for you. You’ve come right back to the point where you’re now leading the championship going into tomorrow’s grand prix. Just tell us a little bit about the importance for you of going into that summer break with a win under your belt. Is that something you particularly target? And how do you look back on this last few weeks?

LH: I think the importance is not particularly relevant. We’ve had, what, five out of six races wins, so it’s been a good mid-stint of the season, and hopefully tomorrow we get the first or second and that’ll still be great. We’ll still be in good position. Of course, every race you approach to win.

Q: Daniel, going into tomorrow’s grand prix, just looking back on your comments yesterday after the long runs, it seemed that you felt reasonably optimistic in terms of your pace relative to these guys. So tell us a bit more about that.

DR: Yeah. I felt that, on low fuel yesterday, Mercedes had a pretty good buffer over everyone and the long run pace we looked to be closer than that, so that was giving us a bit of optimism coming into Sunday. Obviously today we’ve got a bit closer on one-lap pace than we were yesterday so let’s see. Hopefully it translates into something tomorrow. Even to put a little bit of pressure on them at some point in the race would be nice. But yeah, we’ll see. Obviously tomorrow, you never know what can happen, and racetracks change day to day with the temperature and whatever but yeah, obviously we’re looking pretty good. Obviously a lock-out with the second row and hopefully we can do something with it.

Q: You hinted there that you have something different on the tyres there, so you think obviously strategies going to play a big part in the race tomorrow.

DR: Yeah, from what I understand, we’ve got different tyres available for the race, so there could be some different strategies amongst the first few cars. Hopefully it works out. If it does, the fans might have a race on their hands.

Q: (Dan Knutson – Speedsport and Auto Action) Nico and Lewis, last weekend the start and the first couple corners set the race. How much different is it this weekend and how much easier is it to get past on this track?

NR: It’s a different world here because you can overtake on this track if you get a significant speed difference. Nevertheless it’s still going to be a good battle off the start and in the first couple of corners, for sure.

LH: It’s a much easier track (on which) to overtake. But that doesn’t mean you can but it is much easier, it’s one of the easier ones.

Q: And your thoughts just on that first corner and then the run down to turn two?

LH: Only one car can go through turn one so it’s whoever gets there first.

Q: (Graeme Keilloh – Grand Prix Times) Lewis, you said earlier that you just didn’t get it done in the final qualifying lap. Did you feel that pole was on today, was there a particular mistake or something else that denied you?

LH: Well, I’d been first in every qualifying session so yeah, it was definitely on. I was two tenths up on the lap and I just didn’t finish it. That’s it.