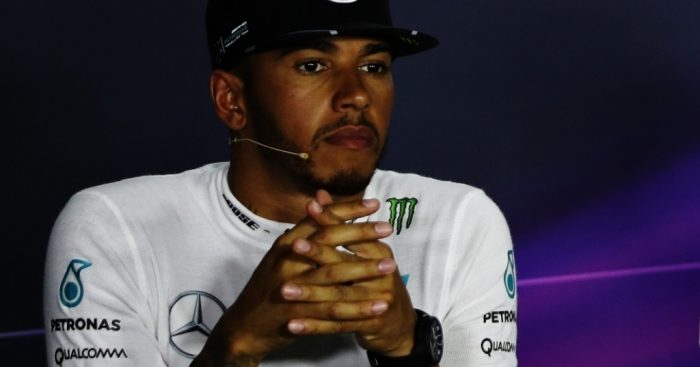 Nico, congratulations, that was a stunning lap, half a second quicker than anyone else, tell us about it?

Nico ROSBERG: yeah, definitely happy with that one for my 200th grand prix. For sure one of my top three laps ever, so happy with that. It really went well. At times it wasn’t clear in qualifying how we were going to stack up against Red Bull for example, because they were very quick on the supersoft in Q2 for example, so I knew I had to give it everything and really pull one out of the bag, which was cool. Great feeling.

Congratulations. Daniel, you left it late but you are on the front row. How pleased are you with that final effort in Q3?

Daniel Ricciardo: Pleased enough. The aim was to try to be on the front row. We knew it would be hard to try and get in front of the Mercedes, so it was nice to at least get one.  We made improvements for qualifying through practice. We were still trying to find some stuff with the car and it finally came good in qualifying, got better, the rhythm for the session was good. We qualified on the supersoft for Q2, so we’ll start the race on that tyre. Obviously we feel it’s a good thing; let’s see if it makes a difference tomorrow, but the last lap in Q3 was clean. It probably wasn’t as good as Nico’s but it was clean and good enough for the front row.

Well done to you. Lewis, coming on to you, it was clearly a frustrating session for you, just talk us through it.

Lewis HAMILTON: It wasn’t really a frustrating session, it’s just not been my weekend so far. Just not really got many good laps out there and I’ve not been able to string them together, and that was the case today. Nico did a great job and showed the true potential of the car. Hopefully tomorrow, try and at least get one step up ahead to give that front row for the team.

Thank you. Coming back to you Nico, as you say, you’re starting your 200th grand prix from pole position in what promises to be a long and dramatic race. Are you worried about the man next door to you on the front row starting on a different tyre?

NR: Worried no, but for sure I will be keeping an eye on him, because they were quick on race pace on Friday, I think probably more so than on the qualifying pace, so for sure he is going to be a threat especially with that supersoft tyre.

Nico, you said that lap in Q3 was in the top three of your career. I was going to say ‘tell us which one were better’, because that lap really did look particularly good.

NR: It’s difficult to say. There’s always a little fraction here or there that could be better, but it felt great all around. It was really cool.

Daniel, was it always the plan to go through from Q2 on the supersoft tyre? Were there any nerves that you wouldn’t make it without putting the ultrasoft on?

DR: No, it was always the plan, even before the weekend. We expected other teams to do it as well. I would say we are but surprised we are the only ones. Yeah it was always the plans. Obviously we have to pick the tyres a long way before the race. I don’t know if it was the case that Mercedes or Ferrari for example didn’t have enough supersofts to perhaps qualify on them…

DR: Oh, you had them? OK! So, yeah, let’s see tomorrow. It’s a bit like Monaco. We did that thinking it would be the right thing, then we didn’t get a chance to see it with the wet start. But tomorrow, I think it’s going to be dry here so we’ll get a chance to see if it works.

Lewis, it didn’t work out for you in qualifying, but how is the car performing on the longer runs. Do you have high hopes for tomorrow’s grand prix?

LH: I’ve not really looked at the long runs to be honest. Obviously I didn’t get to do long runs yesterday, so I’m not quite sure. I think Nico did some running; our cars are set up a little bit different. I don’t think we’re in a bad position but I’ll find out tomorrow for the first time.

Q: (Candra Kurnia – Jawa Post) For both of you, Nico and Daniel. Singapore GP has been won only by World Champions. Do you think new history will be written tomorrow?

NR: It may be time to change that then. I’ll give it everything tomorrow. But I was surprised to hear that, actually, that only three people have ever won the Singapore Grand Prix in all these years. But anyways, I’m feeling good for tomorrow and, of course, I have a good chance.

Daniel, more thoughts from you about tomorrow?

DR: Yeah, obviously would love to win it. I think we’ve created a good opportunity, starting on the front row. I think as Nico touched on, our race pace was pretty good yesterday. Here track position can dictate a lot and Safety Cars as well. We’re in a good position. Hopefully for our sake it’s a new winner. Obviously Seb had his problems today, so I think he was potentially a contender but I think he’s going to be out of the picture, so out of the front guys it’s probably Lewis that will be the closest World Champion to threaten. Otherwise we’ll hopefully try to get it done. Well not ‘we’. ‘I’. We can’t both win. Sorry.

Q: (Wojciech Paprota – Swiatwyscigow.pl) Lewis, I have a question for you. We saw you going wide in Turn Seven. What makes this corner a bit more difficult than the other ones?

LH: It’s not more difficult than any of the other corners on the track, honestly. It’s one of the two or three highest braking corners, it’s quite bumpy but that’s about it.

Q: (Ian De Cotta – The New Paper) You said that you want to get Monaco back in Singapore, do you think you can do that? And Lewis, you are a little bit on the back foot for tomorrow’s race in the World Championship, what are your thoughts on that.

DR: Sure, I would love to get a win this year, obviously we’ve come close but haven’t held the big trophy on Sunday. I’ve put myself in a good position. Obviously pole would have been ideal but second is the next best for today. You get a good start, if you get good track position then you can try to control the race as well as possible. There will be some curveballs I’m sure tomorrow with safety cars and whatnot but yeah, at least we’re at the pointy end. Hopefully stay out of trouble and then try and get that victory this year.

LH: I’ve kind of been on the back foot all year long so there’s no real difference to me. I’ll do the best job I can from there and try and fight my way through. It’s a very hard track to overtake so, you’re usually stuck where you are but there’s lots of safety cars at this race so lots can happen during the race.

Q: (Don Kennedy – Hawkes Bay Today) Nico, since you came back from the summer break you seem to be on fire, not only in terms of your driving but mentally as well. Do you think you’ve now turned the corner psychologically in your battle with Lewis for the championship?

NR: I don’t think of it in that sense and I don’t think of trends or anything like that. I’m feeling good at the moment but I was feeling good before the summer break as well and just focusing on the weekend that I have at hand here in Singapore and my aim is to try and win this race and for now, of course, it’s looking like I have a very good chance for tomorrow and that’s it. I don’t think beyond that so no, sorry.

Q: (Wang Meng Meng – Straits Times) Nico, just now you said you were surprised to find that there were only three men who won the Singapore Grand Prix. Here’s another stat: six out of the eight men who were on pole won a Grand Prix here. What are your thoughts on this?

Q: (Berk Serioglu – Motorsport.com) Lewis, as a driver, the strongest part of your driving style is the braking. This weekend we could see that you struggled too much with your braking. What’s the issue behind it?

Q: (Andrea Cremonesi – La Gazzetta dello Sport) I would like to ask you why you didn’t use the supersoft tyres in Q2 for example? It’s a question maybe also for Nico.

LH: I trust our strategist. He’s done a great job. I think we’re on the right strategy but of course they’ve done a good job. Time will tell, I guess, tomorrow. They’re on a harder tyre which should generally go longer but obviously Nico’s in the front so he will probably control the race from there and make it as hard as possible for Daniel to get or for us to get by. I think they’ve done the right job.

NR: Strategy is one of our strengths, one of our many strengths so I don’t have any concerns there but of course we need to work out the best plan for tomorrow but I think we’re looking good. The final thing is just to say that it shows the quality of our team at the moment  that this being our most difficult track last year we really came away and learned what went wrong and really turned things round and now dominated this weekend up to now in qualifying. Of course there’s still the race but last year we were nowhere in qualifying so it really shows the quality of the team to understand something like that and turn it around in such a way.