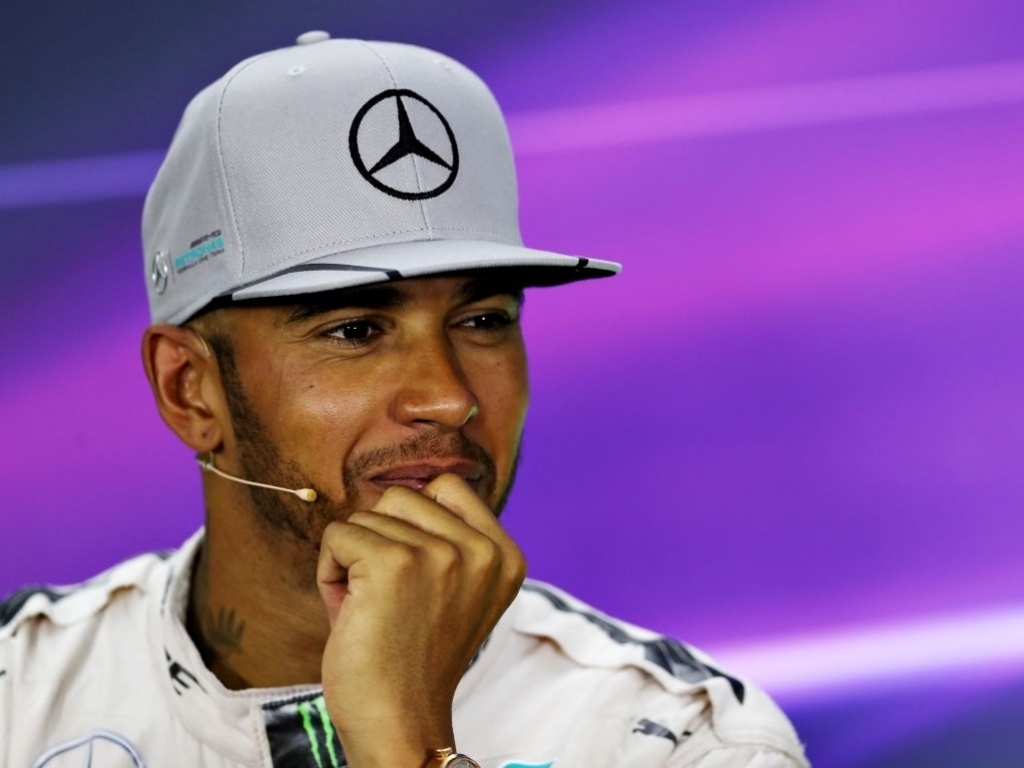 The top three qualifiers of the Japanese Grand Prix discuss Saturday and look ahead to tomorrow's race.

Q: Nico, the pressure was really on for that final run but you did it, pole by 13 thousandths of a second which I think your team calculates to be 82 centimetres around this Suzuka circuit.

Nico Rosberg: Yeah, of course, happy with the result in the end. I was going well the whole weekend, I had a good balance in the car, feeling good, feeling comfortable so that’s what allows me then to put in a lap like that in the end. Yeah, pleased with that.

Q: And Lewis, not the end of the world from your point of view because as we look back over the last couple of seasons you’ve won here from second place on the grid, so is that very much what’s on your mind as you sit here this afternoon?

Lewis Hamilton: Well, I’m happy with qualifying. It’s been a weekend of a lot of work that’s gone on, getting the car set-up right and some big changes went into qualifying. Considering that, to be that close I was really happy with it. I got everything I could… I did as well as I could, I think. Naturally, if you have more laps, I guess you could always find more time but yeah, generally very happy with that and history has shown that you don’t have to be on pole to get the win. But Nico did a great job and has done all weekend.

Q: Kimi, great lap for third place; for the fourth time this season you’ve qualified in this position. Do we infer from this that Ferrari has made a bit of a step compared to Red Bull in the last few races?

Kimi Raikkonen: I don’t know. Honestly, it’s pretty much the same car that we raced a week ago. I don’t think many people have had a lot of difference but it’s very… positively surprised how well the car’s been behaving and how quick it’s been. Obviously it’s been a bit tricky to get the right balance but it’s been pretty good and so far so good but obviously third is not exactly what we’re looking for but I think we’re pretty close. It was not too bad.

NR: It’s just putting everything together, you know. For sure the start is going to be an important one, definitely tomorrow and we’ve seen this weekend that it’s not been too easy, because it’s downhill and the grip somehow has been a bit lower than usual so it’s going to be an interesting challenge. And from then on, then just need to get the tyre life to be able to do long enough stints and everything to get the strategy to work so it’s putting everything together.

Q: Back to our pole-sitter, Nico Rosberg, third year in a row here in Suzuka, thirtieth of his Formula One career. Nico the last sector on that final run was what made the difference for you versus Lewis, I think it’s fair to say. Tell us about the pressure you were feeling after that first run in Q1 and what it was about that final sector that eventually nailed it for you?

Q: Why was it not perfect?

NR: I’m not really sure. I just felt a bit less grip somehow and it just didn’t come together so I don’t really have an explanation.

Q: OK, moving to Lewis, Lewis bouncing back strongly from obviously the disappointment of last weekend, you were referring there in your first answer to the fact that you’ve been working very hard on the set-up of the car, particularly presumably with an eye on the race but you were in the groove as far as race pace is concerned?

LH: Well, we just kind of veered off on a different tangent in terms of set-up this weekend and it wasn’t until qualifying that I veered back so some big changes. It’s not that easy to go straight into qualifying with a completely different car so that’s why I’m relatively happy with considering what I did. I think we’re in a good position for tomorrow.

Q: Kimi, obviously balance is a big thing around here. You were complaining a few times on the radio of understeer throughout the last couple of days and again this afternoon. Tell us a little bit about that and also you did a soft tyre run in Q1 which Red Bull did not do, not a quick one. They only went on to it in Q2 and Q3. Do you think that helped you to find the balance that ultimately gave you this third place today?

KR: Well, I think it doesn’t harm, that’s for sure. I mean it’s always more easy when you have more sets of the same compound so you can fine-tune a little bit but obviously in qualifying there’s not an awful lot that you can do that is correct or not. We been suffering a bit of understeer all weekend and even in qualifying just slowing us down a little bit in the first sector but it got a bit better in the end. Obviously it got faster then but it’s the very small details that have to come together and we managed to put all these together more or less and the car’s been behaving quite good. It’s shame that Seb has a penalty but we will try to do the same if not better tomorrow.