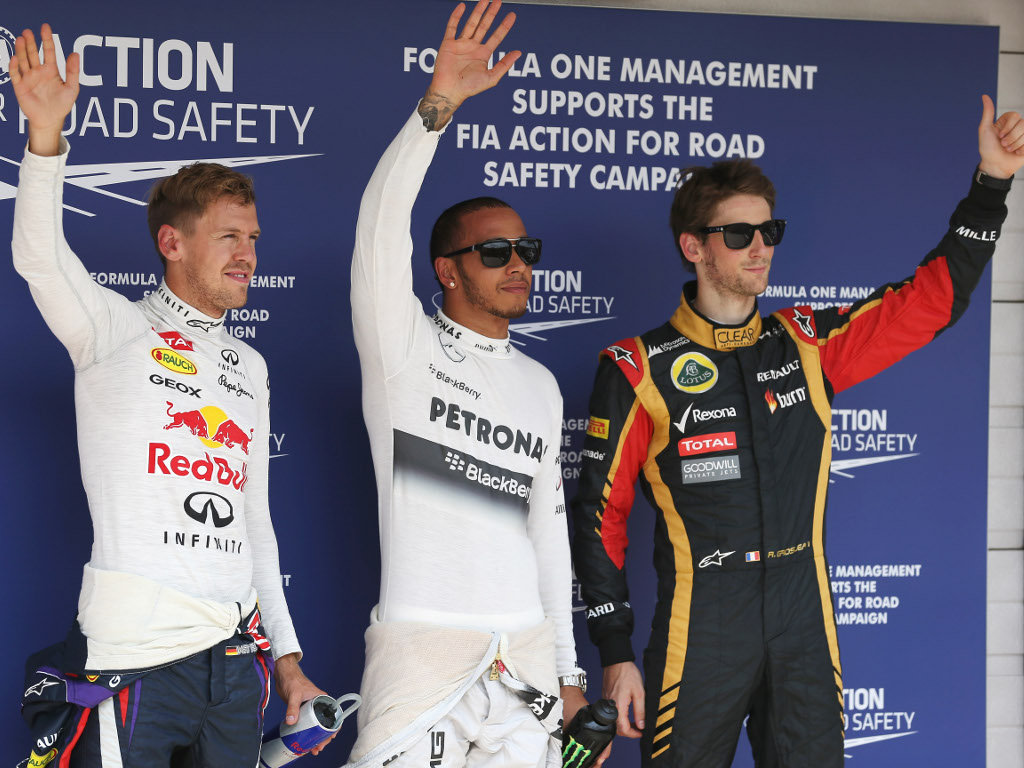 Q: Lewis, how much of a worry is the long-run pace for the race tomorrow? Particularly given the heat?

Lewis Hamilton: It is what it is, y’know? It’s been the same for a long time. We don’t come into the race and it’s a surprise to us. That’s what it is. It’s great to have the pole position but it doesn’t really mean a lot throughout the weekend. Obviously the race is where we score the points. It’s going to be tough tomorrow. It didn’t feel like a disaster through our long runs but it definitely wasn’t as good as the guys next to me. So, that’s the way it is.

Q: Sebastian, this is a trophy that’s missing from the trophy cabinet. You reduced that number by one last time in the German Grand Prix. How badly do you want this one?

Sebastian Vettel: Well, hopefully – I’m not that young anymore but hopefully I’ve got a couple of years left and I’m not in a rush. Obviously it’s a very nice race, a lot of fans coming, especially from Austria to support our team. So, yeah, that’s great, a great atmosphere and it would be very nice to win here. It’s a shame that they don’t have the nice, traditionally trophy any more. Instead we get this, I don’t know, this six-legged dog as the trophy on the podium the last couple of years. But, no, I think we are in a good position. Pretty happy with qualifying, obviously I would have loved to have been on pole but Lewis did a good job, as I said before. So we’ll see what we can do tomorrow. I’m sure it’s going to be hot and a lot will be decided over the tyres. We’ll see what we can do.

Romain Grosjean: As I said, this has been a pretty good weekend so far and the car is behaving pretty well. The main job was to try to get those new tyres to work properly and it didn’t change night and day, so that was a good surprise from yesterday morning. And then, just trying to improve the car lap after lap, and that’s what we did. The long run yesterday was OK. It felt OK in the car, which was important. Then tomorrow we will see with the race. We will see different strategies I guess and we’ll try to get the best of our car when we get free air and stuff like that.