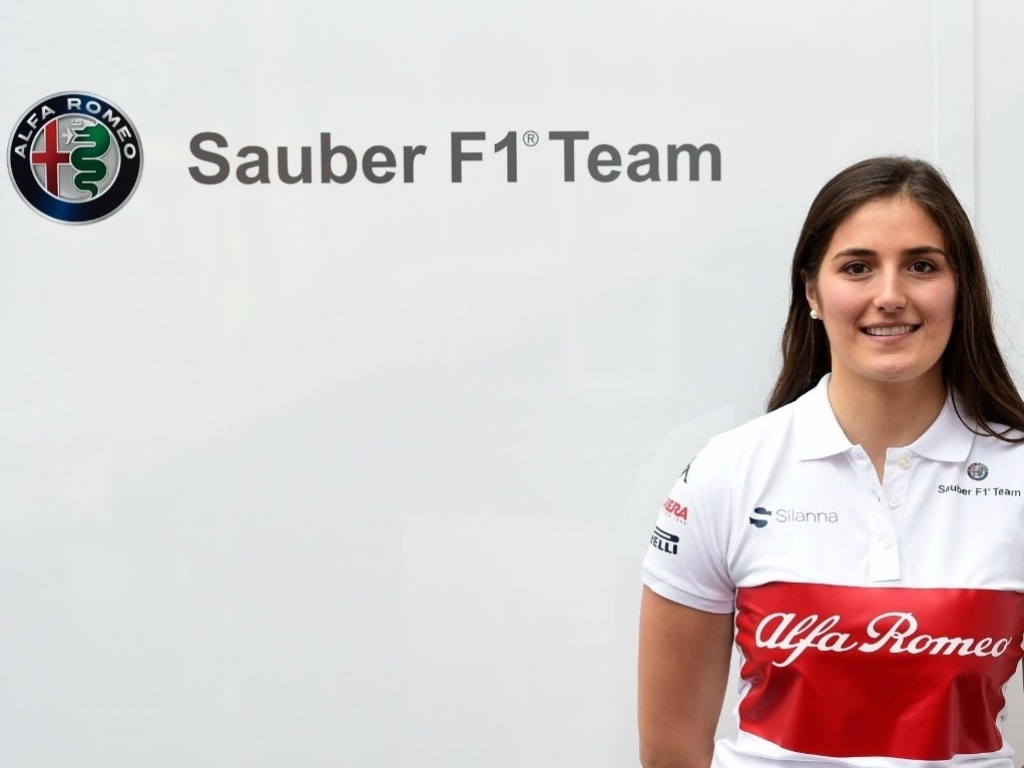 Sauber have announced that Tatiana Calderon will be the team's test driver for the 2018 season.

Calderon was a development driver at the Swiss outfit last year, but she has now been promoted to the role of test driver ahead of the new campaign.

The plan is for her to put plenty of time in on the simulator and be coached by the engineers both on selected grand prix weekends and back at base in Hinwil, Switzerland.

She will also continue to compete in the GP3 series.

“I am very pleased to confirm my role as Test Driver for the Alfa Romeo Sauber F1 Team in the 2018 season," she said in an official press release.

"This collaboration will build upon the experience that I have gained as Development Driver with the team over the past year, and I look forward to continuing on this positive path together.

"I have been able to substantially expand and develop my skills as a race driver, and I am convinced that I will be doing so throughout this year.

"I would like to thank the Alfa Romeo Sauber F1 Team for this marvellous opportunity, which would not have been possible without the long-term support that I am receiving from Escuderia Telmex.

"I look forward to this season, and will give my all to demonstrate my capabilities in both GP3 and Formula 1.”

“We are very pleased to continue our collaboration with Tatiana Calderón as our Test Driver," he said.

"Tatiana is a very hard-working person, who has impressed the team with her focus and dedication.

"She has made good progress as a driver, developing both her mental and physical capacities continuously over the past few years.

"We look forward to having Tatiana on board for our first chapter as the Alfa Romeo Sauber F1 Team.”

The news comes after Carmen Jorda claiming that women could not reach Formula 1 due to the 'physical barrier', comments which were strongly criticised on social media by Jenson Button.