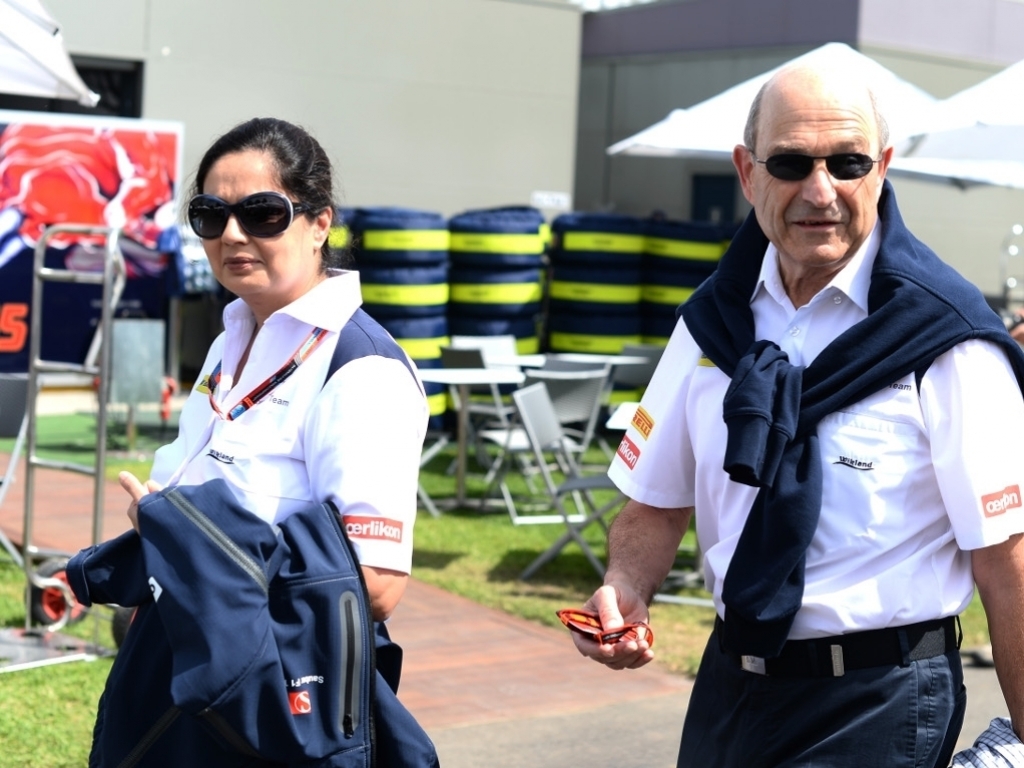 Peter Sauber has thrown his support behind Monisha Kaltenborn, revealing without her there would be no Sauber.

The season-opening Australian Grand Prix got off to a tense start for Sauber as the team was dragged into court by former driver Giedo van der Garde.

The two parties faced off in the Supreme Court of Victoria with van der Garde wanting the court to enforce a Swiss court's ruling that he is entitled to one of Sauber's two race-seats.

After days in court and private talks, the Dutchman eventually waved his right to compete in Australia.

However, the matter soured the start of the weekend and raised questions about Kaltenborn's position as team boss.

She insisted she would not step down, had not even given it some thought, and has now publicly been given a vote of confidence by team owner Peter Sauber.

"Without Monisha Kaltenborn there would no longer be Sauber," he told Blick.ch.

In a separate interview with NZZ am Sonntag, he said: "I would not have bought the team back six years ago had she not declared her willingness to participate.

"It was a joint decision.

"And for me I am very very lucky to have her in this position."

He added: "Many other teams in the paddock would be lucky to have this woman."