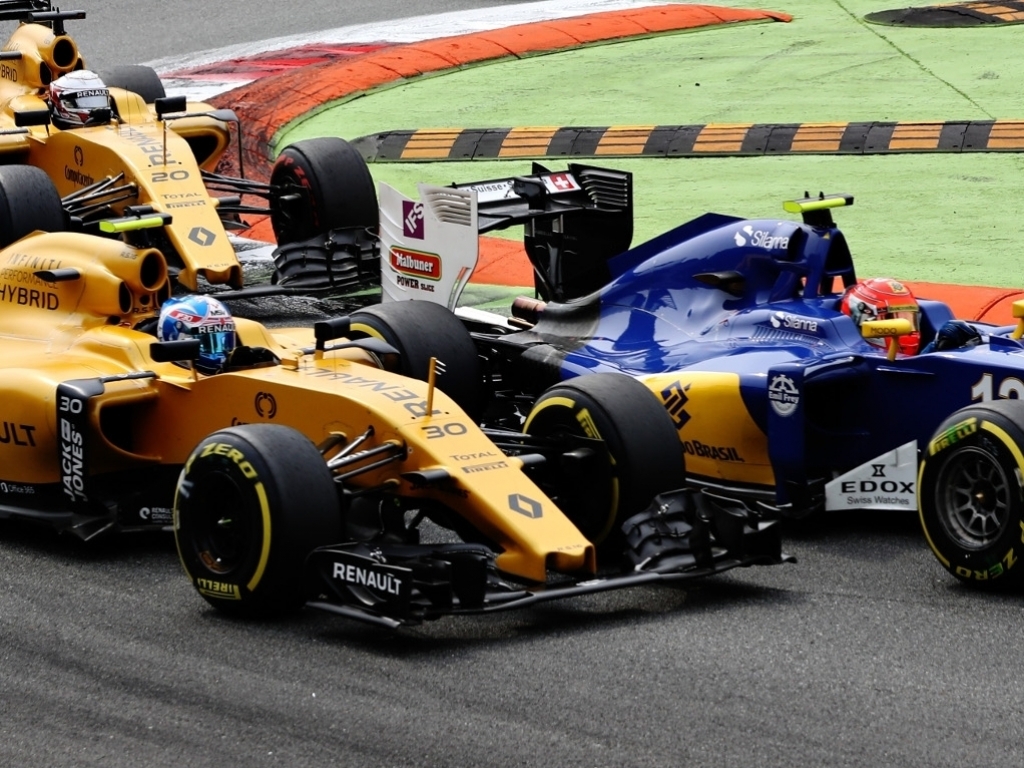 Monisha Kaltenborn says Felipe Nasr did not deserve a penalty, never mind a grid penalty, for his collision with Jolyon Palmer as he was "clearly in front."

Palmer was furious with Nasr in the wake of their Italian Grand Prix clash, which forced both drivers into retirement.

Nasr was held responsible by the stewards, who handed him a 10-second penalty.

Palmer felt it should have been a more severe penalty in light of Nasr's retirement.

"The thing is the penalty for him is irrelevant, a 10-second time penalty for a guy who is out of the race," said the Renault rookie. "That's like saying there is no penalty.

"I think it should be a grid penalty for the next race."

Kaltenborn has defended her driver, saying Palmer should "stick to the facts" about what really happened.

The Sauber team boss told Autosport: "One should try to stick to the facts and not just see things you want to see.

"We didn't even think we could get a penalty because it was so obvious.

"I cannot understand how they could penalise him because he was clearly in front.

"There's no way he could have been looking at the back at what's going on, and he didn't push the guy out in any way whatsoever, but he gets penalised.

"I didn't understand what the basis for that was, but fine, it's happened."