Home Uncategorized Sauber: Perez has no contact with Ferrari 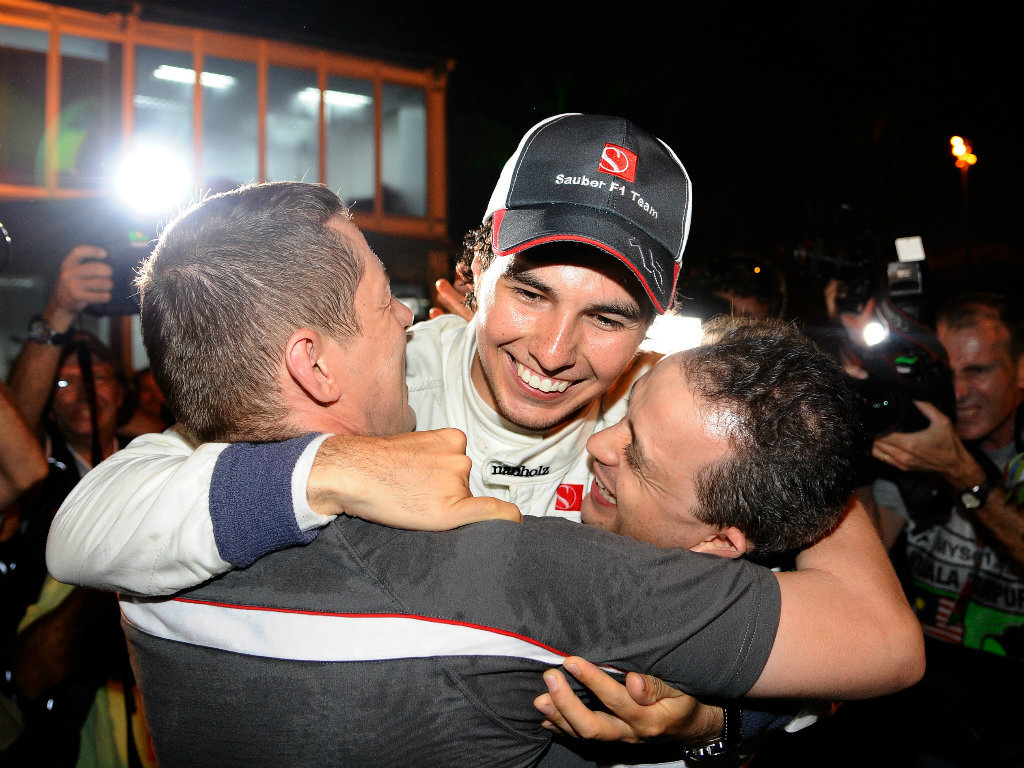 Peter Sauber has again downplayed Sergio Perez’s Ferrari connection, saying the fact that he’s in the team’s academy is “nothing special”…

Peter Sauber has once again downplayed Sergio Perez’s Ferrari connection, saying the fact that he’s in the team’s Young Driver Academy is “nothing special”.

Speculation linking Perez with a move to the Italian outfit has gone into overdrive after the 22-year-old claimed a stunning P2 during Sunday’s Malaysian Grand Prix.

With Felipe Massa once again struggling to keep up with team-mate Fernando Alonso and with Perez a member of the Ferrari’s Young Driver Academy, word in the paddock suggests it’s a case of when and not if the youngster replaces the Brazilian.

The Mexican has already denied the rumours, insisting he “will stay with Sauber for the whole season” and now team principal Sauber has also poured cold water over the reports.

“He has no contact with Ferrari. He is in this (Ferrari) academy, but it’s nothing special,” Sauber told SPEED.com.

As for the amazing result in Sepang, Sauber said: “The feeling is fantastic, of course. ‘Checo’ did an incredible race.

“I was so surprised after the tyre change, as he was in front with wet tyres, with intermediate tyres, and then also with slick tyres. He’s young and I think he has a good future, but the car has to be good also, otherwise you can’t do that.

“Also, the car has to be good, otherwise you can’t do that. But I think we have to stay on the ground – that’s important.”