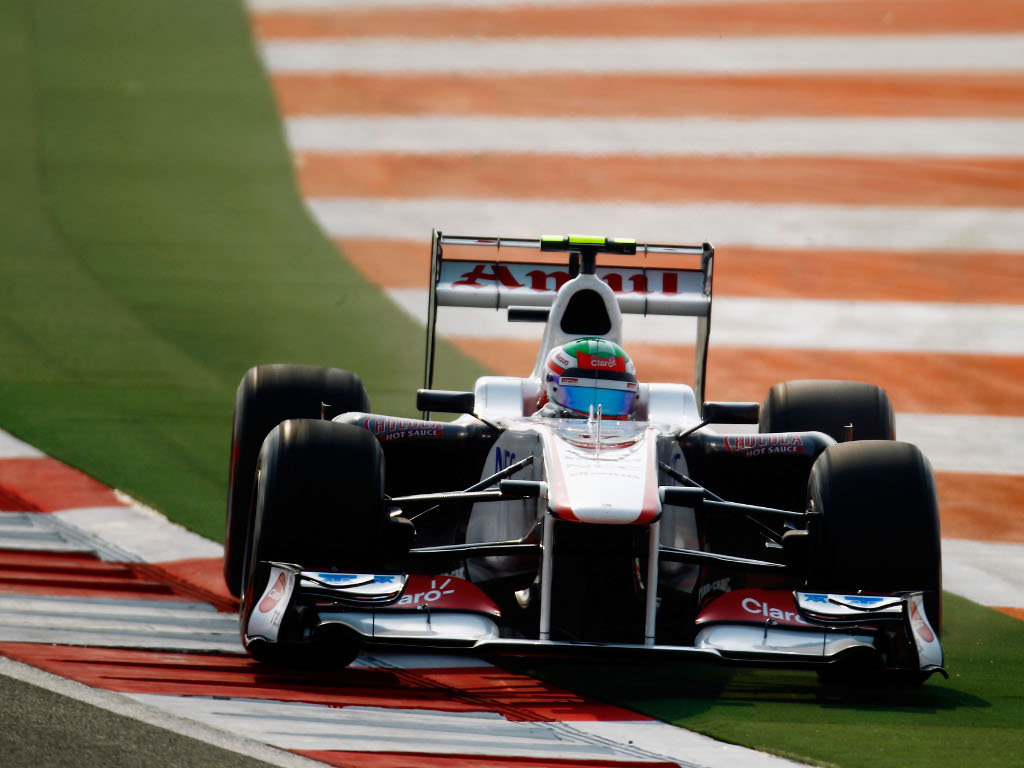 It is the penultimate race of the 2011 Formula One season and both Kamui Kobayashi and Sergio Perez have fond memories of Abu Dhabi.

Kamui Kobayashi: “Abu Dhabi is the track where I scored my first three Formula One championship points when I came sixth back in 2009. It was only my second Grand Prix, and for sure I will never forget that. I also like the fact it is a twilight race. This makes it even more exciting for the spectators and also very demanding for us. The challenge doesn’t really come from the changing light, but the track temperature drops significantly when the sun sets. This makes it quite difficult to adapt during the race. I also like the track layout and I think it is an exciting event and race for everybody.”

Sergio Perez: “I have only the best memories of Abu Dhabi. There last year I had my first Formula One test, which obviously meant a lot to me. Also last year it was there where I competed in GP2 for the last time, and I won the race on Saturday by a good margin of over 20 seconds. Now I’m coming back with almost one year’s experience in F1, and time goes by very quickly. I like the dry heat in the desert and it will be interesting to have the first experience with a race which starts in daylight and finishes in the dark. I am very much looking forward to that event and, as always, I’m absolutely determined to make the most out of it and score as many points as possible.”

James Key, Technical Director: “Abu Dhabi was a memorable race last year when the championship was won there. One factor in that race was overtaking was difficult. That’s something we have to bear in mind this year, although DRS should support overtaking. But certainly it will be an interesting race where the strategy could play a role. We go there with the soft and medium tyres, which is the same combination we had in Suzuka. The track itself has got three very distinct sectors. The first one is a short sector with medium to high speed corners. The second is dominated by a couple of chicanes and two long straights, so there low drag and efficiency are important. The third sector requires high downforce for the slow to medium speed corners. Therefore getting the downforce level right and balance it for this track is an important part of Friday’s work. The car will be the same specification we had in India. We have, however, several new approaches to some of the mechanical set-up, coming off the back of a difficult qualifying in India, where we just couldn’t get the tyres to work. We think Abu Dhabi will be better for this, but nevertheless we looked into this in detail and we will go with some fresh ideas to make sure we’ve got everything covered if tyres are the problem. In the race in India we got back to where we should be competition wise, and we clearly also need to be at that level in qualifying in Abu Dhabi.”