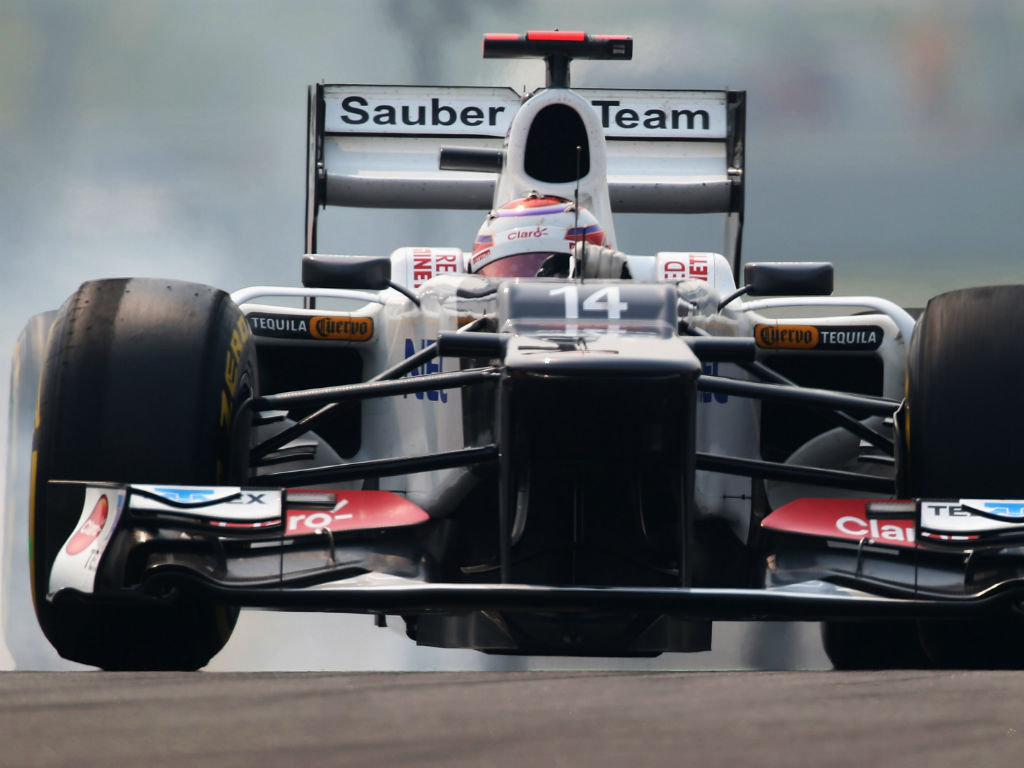 Sauber were left to rue a disappointing weekend in India where, for the second successive race, they failed to score a single Championship point…

Sauber were left to rue a disappointing weekend in India where, for the second successive race, they failed to score a single World Championship point.

With Kamui Kobayashi fighting for his Formula One future, the Japanese driver soon found himself fighting for every inch of track space as he went tooth-and-nail with those around him.

One such incident with Pastor Maldonado resulted in the duo being investigated as Kobayashi’s front wing put a puncture in the Williams driver’s right rear tyre.

The stewards, though, ruled that no action would be taken against either driver.

“I have to say it wasn’t our weekend here,” said Kobayashi, who finished down in 14th place and hasn’t scored a single point since his Japanese GP podium.

“In the race I was never alone, I always had someone in front of me but not enough straight line pace to overtake. This was frustrating.

“I was stuck behind Daniel Ricciardo and there was nothing I could do.

“The issue with Pastor Maldonado was a bit strange. He had overtaken me but then he suddenly came on my racing line again. I could not avoid having contact.

“I think we should make sure we have a smooth weekend in Abu Dhabi and forget about this one here.”

As for his team-mate Sergio Perez, the Mexican driver retired before the halfway point after a puncture – caused by Ricciardo’s front wing – damaged his Sauber.

“Today was a total disappointment. First of all I had to pit after 14 laps because the front left tyre was blistering badly. We don’t know yet why this happened,” said the 22-year-old.

“I wanted to recover the lost positions but touched Daniel Ricciardo’s front wing when I overtook him. The rear right tyre came off the rim and damaged something at the rear of the car. So my race was over after 20 laps.”

With three races still to be run, Sauber remain sixth in the Constructors’ Championship, exactly 20 points behind Mercedes who also failed to score on Sunday.