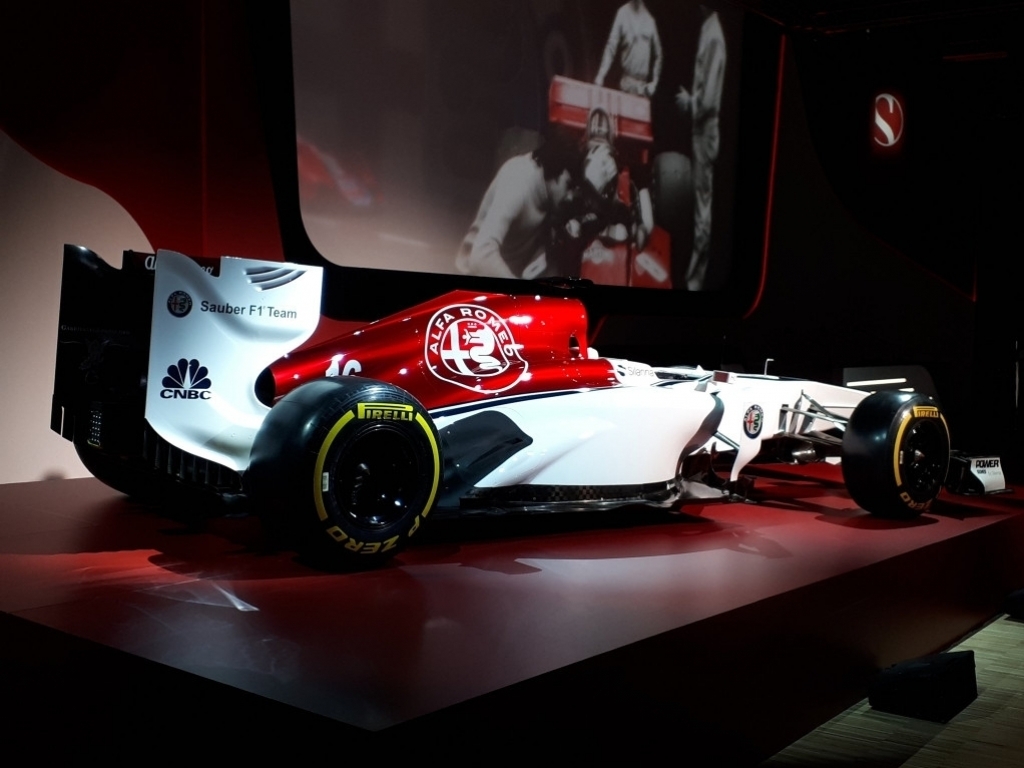 Sauber showed off their new Alfa Romeo during a media event at the Museo Storico Alfa Romeo, revealing a red and white colour scheme.

Under the new partnership, which includes “strategic, commercial and technological co-operation” and “the exchange of engineering and technical know-how”, the team will be known as ‘Alfa Romeo Sauber F1’.

Sauber didn’t waste any time unveiling their new line-up with Charles Leclerc joining Marcus Ericsson for the 2018 season while Antonio Giovinazzi will be the team’s third driver.

They also showed off their new livery, which is red and white and features the Alfa Romeo logo on the engine cover, at an event at the Museo Storico.

Not to mention we have also just revealed the livery concept show car for the #F1 #2018 #AlfaRomeoSauberF1Team challenger 😍👏👏 pic.twitter.com/9HMNC6ILLG