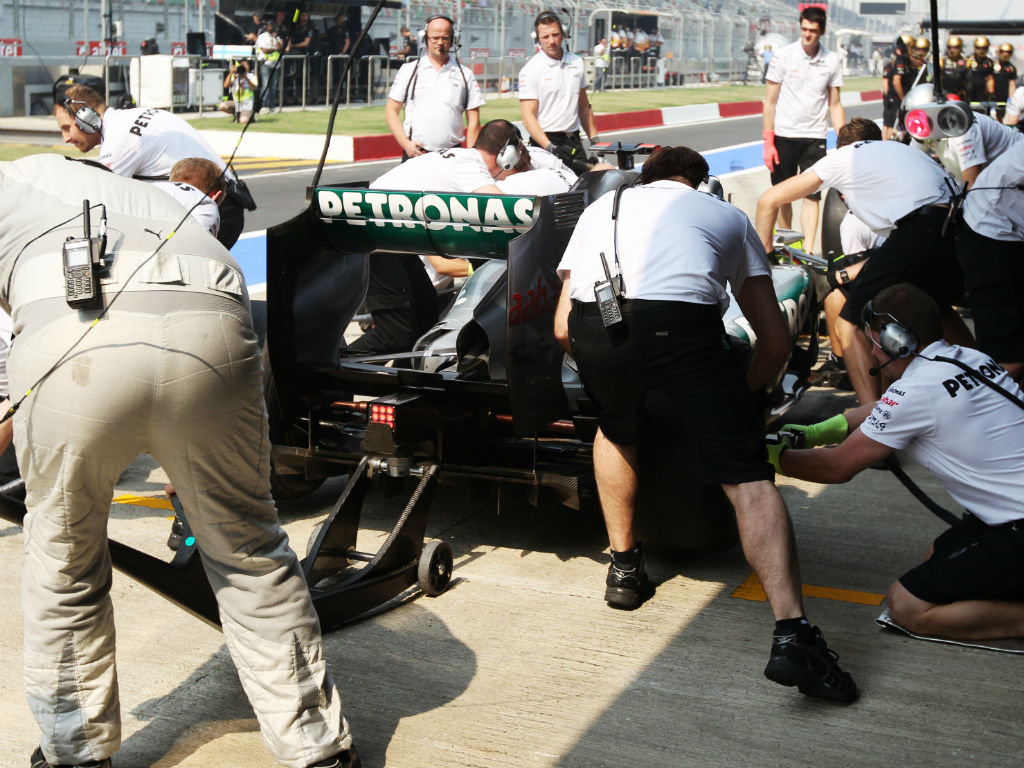 Michael Schumacher was by no means raving about any progress made in India but does feel Mercedes have laid down a good foundation.

Despite improving his lap time by seven-tenths in the afternoon’s session, Schumacher finished Friday’s running down in 12th place, two seconds off the pace.

The German, though, is not lamenting a sluggish start to the weekend, revealing that much of his day was spent working on long distance runs.

“We had two sessions today where we worked mainly on long runs and the performance was reasonable by the end of the day,” said the 43-year-old.

“The car balance was okay, particularly in the first sector with the slower corners, and as such confirmed the performance that we expected from the circuit characteristics.

“With the soft tyres, I didn’t really get a lap together, but we managed to build a basis to work on for the rest of the weekend.”

As for his team-mate Nico Rosberg, he finished fourth, 0.801s down. The German, though, concedes that “fourth place is not our realistic position at the moment.”

He is, however, “confident that we’re looking a little better here than at the previous two races.”