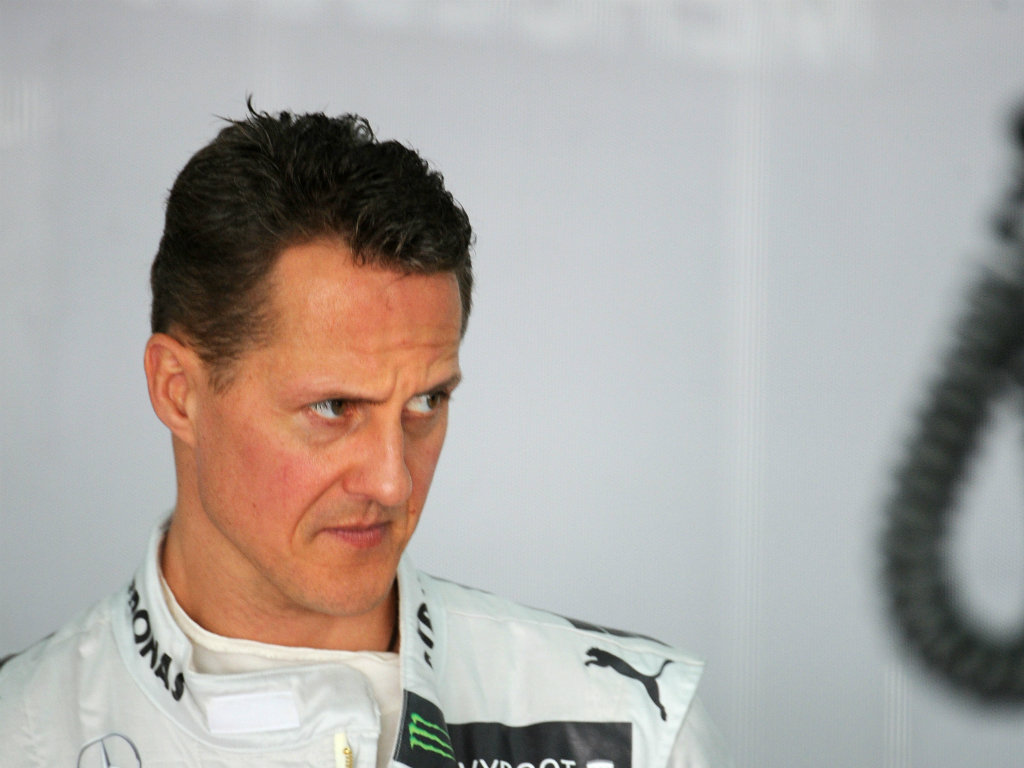 Michael Schumacher has launched a scathing attack on Pirelli, saying their tyres force drivers to race “well below” their limits…

Michael Schumacher has launched a scathing attack on Pirelli, saying their tyres force drivers to race “well below” their limits.

Having made their return to F1 to critical acclaim last season, Pirelli opted for an even more aggressive approach to their compounds for this year’s Championship.

And although the tyres have undoubtedly spiced up the show, Schumacher reckons it has had a negative impact for the drivers who cannot race flat-out.

“The main thing I feel unhappy about is everyone has to drive well below a driver’s, and in particular, the car’s limits to maintain the tyres,” said the Mercedes driver.

“I just question whether the tyres should play such a big importance, or whether they should last a bit longer, and that you can drive at normal racing car speed and not cruise around like we have a safety car.

“I’m not happy about the situation, let’s see what happens in future. If it was a one-off car issue, you could say it’s up to us to deal with it.

“But basically it is everybody, with maybe one or two exceptions, and if it is 80 percent of the field that has this problem, then maybe the tyre supplier should think about that.”

Schumacher’s criticism came in the wake of Sunday’s Bahrain Grand Prix, which saw drivers have to stop three times in the 57-lap race.

As for Pirelli’s response, Paul Hembrey told Autosport: “I’m disappointed to hear those comments. Others were getting on with the job and getting their tyres to work.

“His comments during winter testing were that he was very happy with the tyres, and now he seems to have changed his tune.”