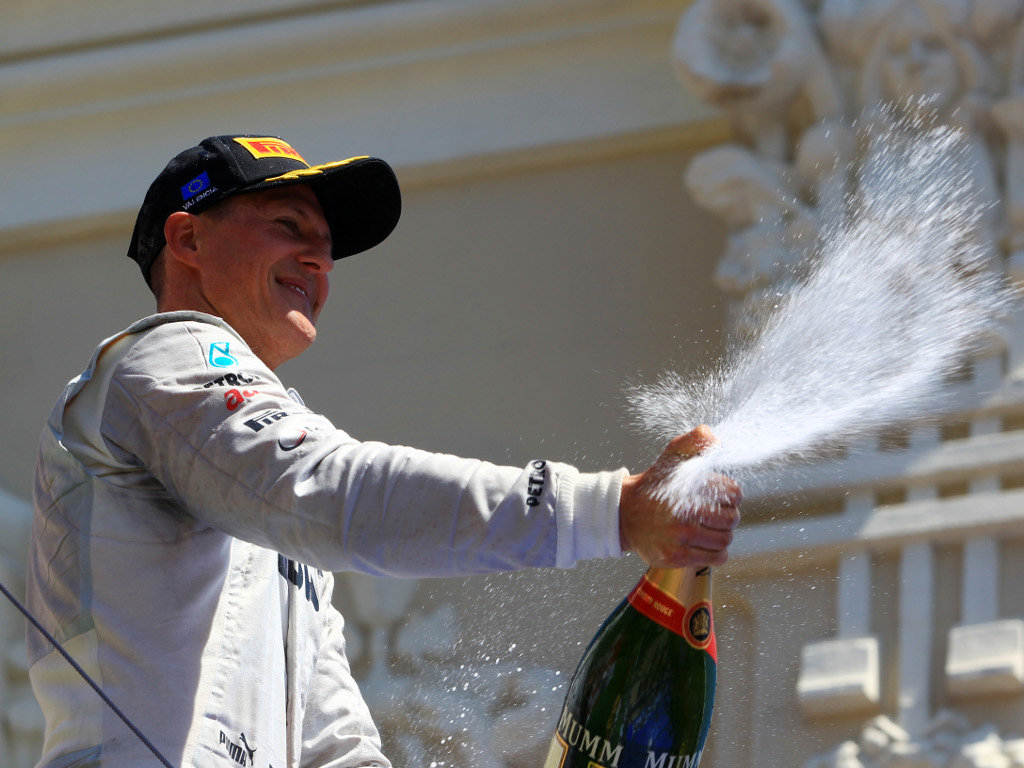 Starting 12th on the grid, the seven-time World Champion made the most of different strategies, a Safety Car period and a bit of chaos up ahead to claim the first podium finish of his comeback.

It was an impressive result from the Mercedes driver, who revealed that he didn’t even realise he was in a podium position until he asked his pit wall after crossing the line.

“I didn’t think about a podium at all,” said the 43-year-old, who now holds the record for the oldest podium finisher since Jack Brabham in 1970.

“I asked my guys at the end of the race where I finished and when they told me third, I couldn’t believe it.

“You lose count of where you are, it was busy at the end of the race.”

It was also Schumacher’s first podium finish since his return to Formula One, ending his 99-race wait.

“It is those moments that definitely you enjoy deeply and it’s just a wonderful feeling to be back after such a long time.

“We were a couple of times close to it, and finally it happened in a very spectacular way and on a track where it is difficult to pass – but due to various strategies and differences on track it was pretty exciting and that is best way if you manage the way I did today to jump on the podium.

“To do it in an exciting way makes me extra happy.

“But that is what I am here for, to be excited, hearing finally the message P3 is a sweet finish to an unexpected race. Converting from a one-stop to a two-stop strategy meant we had good tyres at the end.”

However, Schumacher was investigated by the stewards in the wake of the grand prix.

Accused by Mark Webber of using his DRS under a yellow flag situation, Schumacher had to face the stewards on Sunday evening.

Team boss Ross Brawn was confident he would not face a penalty, telling the BBC that he had ‘ personally double-checked the data and Schumacher stopped using is 30m before the yellow flag zone so he’s confident there won’t be a penalty.’

And after examining the evidence the stewards ruled that Schumacher had slowed sufficiently and he retained his third.