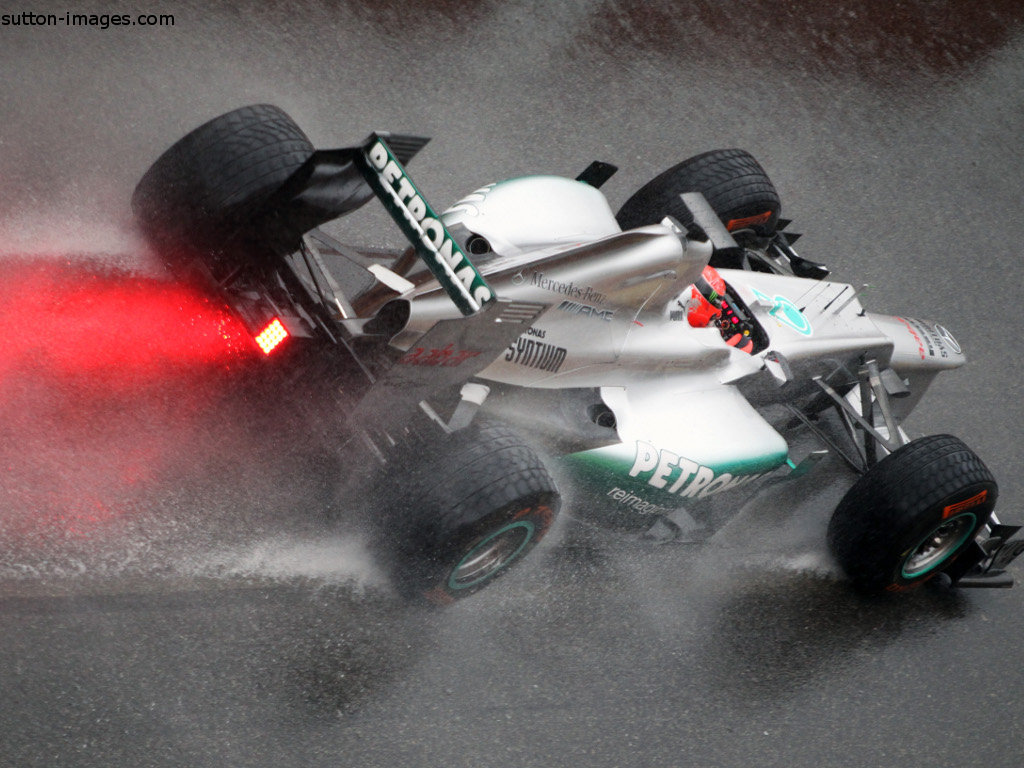 Michael Schumacher’s afternoon of testing at Mugello was limited to just five laps due to the dismal weather conditions.

His team-mate Nico Rosberg was in action in the morning, which started off wet and ended dry, completing 49 laps with a best time of 1:24.100, which put him fifth on the timesheets.

However, when Schumacher took over in the afternoon, the heavens opened. In fact the rain was so heavy at one point that the circuit had to be closed as the medical helicopter could not fly.

“Unfortunately we were not able to achieve much productive work on the track this afternoon as the weather made it nearly impossible to drive,” said the former Ferrari driver.

“Therefore it’s good that we collected some data this morning so that we can prepare the car in the best possible way for tomorrow.

“This afternoon, I was literally able just go out to check if it made sense to run – which it did not – and at least I could show the spectators who were waiting in the rain a running car for some short moments.

“Still, it was nice being back in Mugello after so many years, and I must say it was also nice being welcomed back by the tifosi so warmly.”