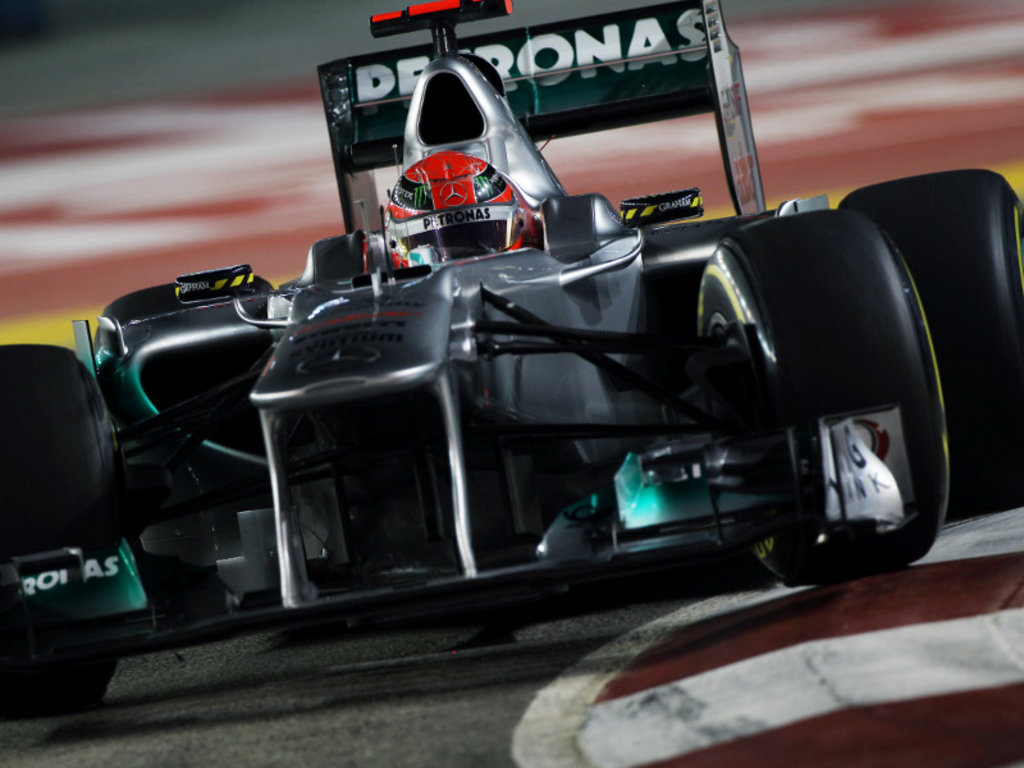 Michael Schumacher says losing track-time in Singapore was not the best situation for either his Merc GP team or himself.

Friday’s first practice at the Marina Bay circuit was cut to just 60 minutes after the start was delayed due to issues with the kerbs at the venue.

And once underway, more time was lost through two red flag situations, one the result of debris from a collision and the other caused by more kerb issues.

The drivers, though, did have the full 90 minutes for second practice, which Schumacher finished in sixth place. However, the German was a massive 2.044s off the pace.

“As usual on these types of circuits, the track is pretty slippery and provides low grip,” Schumacher said.

“It was not really useful therefore that the practice time was cut, because we had a big programme to work on. But then, it was what it was, so we made the best out of it.

“The picture overall is probably as expected: no big surprises, and maybe the most obvious thing is that the difference between the tyres is quite big. For the rest, it is too early to say as we did not have the time yet to analyse the practice sessions fully.

“I like the race here; it is a bit like the modern Monaco, very exciting with more run-off areas.”

As for Nico Rosberg, he was down in 15th place, over four seconds off the pace, after running a heavy fuel load throughout the session.

“I was on higher fuel levels to help our understanding of how to prepare the car for the race. It wasn’t a perfect day but a decent day for me and hopefully we can make further progress tomorrow.”