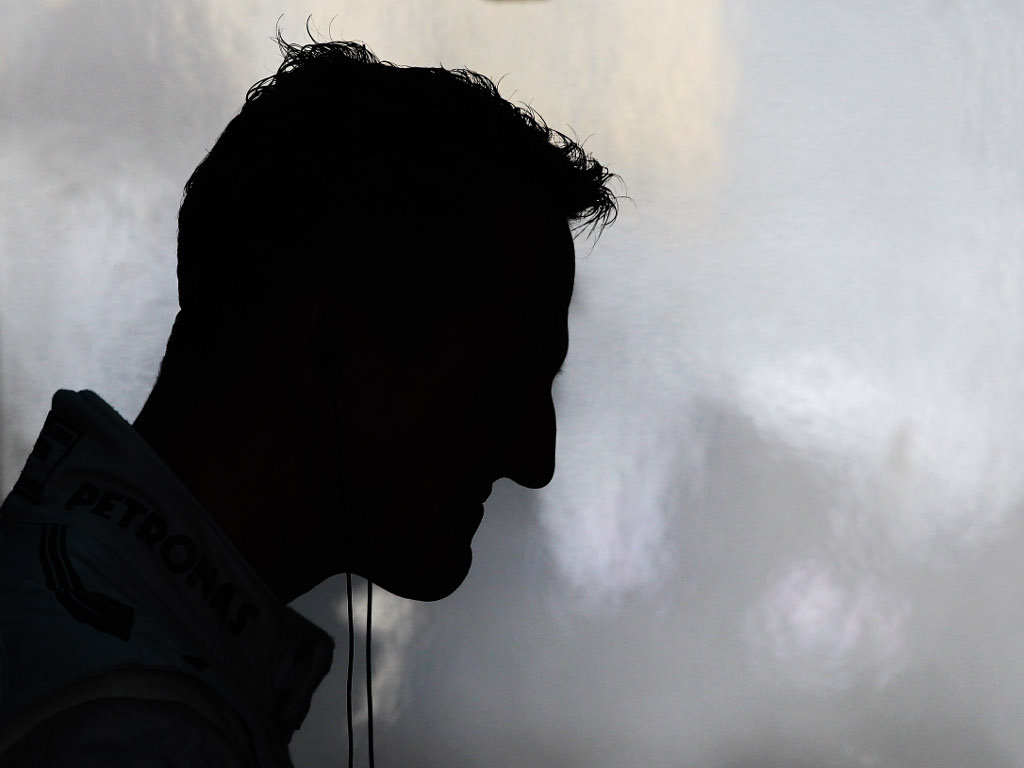 F1 supremo Bernie Ecclestone believes that Michael Schumacher would have been better served remaining retired after his disappointing comeback.
The seven-time World Champion returned to the mix in 2010 after three years on the sidelines, reuniting with former team boss Ross Brawn at Mercedes.
As a legend of the sport, much was expected of Schumacher, but the German failed to shine as he was out-scored by team-mate Nico Rosberg in each of the three seasons he spent with the team.
Following the news that Lewis Hamilton would be joining Mercedes in 2013, Schumacher announced that he would be retiring for good at the end of recently-completed season.
The 43-year-old managed just one podium during his three year spell, a third place finish at this year’s European Grand Prix. While much of his struggles may have been down to the team’s inability to produce a truly competitive car, Ecclestone feels that regardless of Mercedes’ competitiveness or lack thereof, Schumacher’s comeback was ill advised.
“With hindsight Schumacher shouldn’t have started,” he is quoted as saying by ESPN
“How would he have performed if he was in a Red Bull? Or a Ferrari? I suppose when he went there [to Mercedes] he expected the team to do a lot better than they have,” added the Briton.
While Hamilton’s arrival would have seen Schumacher without a seat at Mercedes in 2013, there was always the chance that he could seek a drive at another team. However, Ecclestone is of the opinion that even if Hamilton hadn’t made the switch from McLaren that Schumacher would have called it a day.
“I think Schumacher was going to go anyway [despite the Hamilton move]. Hamilton had a number of options: stop [at McLaren], go to a team which was much worse than Mercedes or go to Mercedes,” he explained.