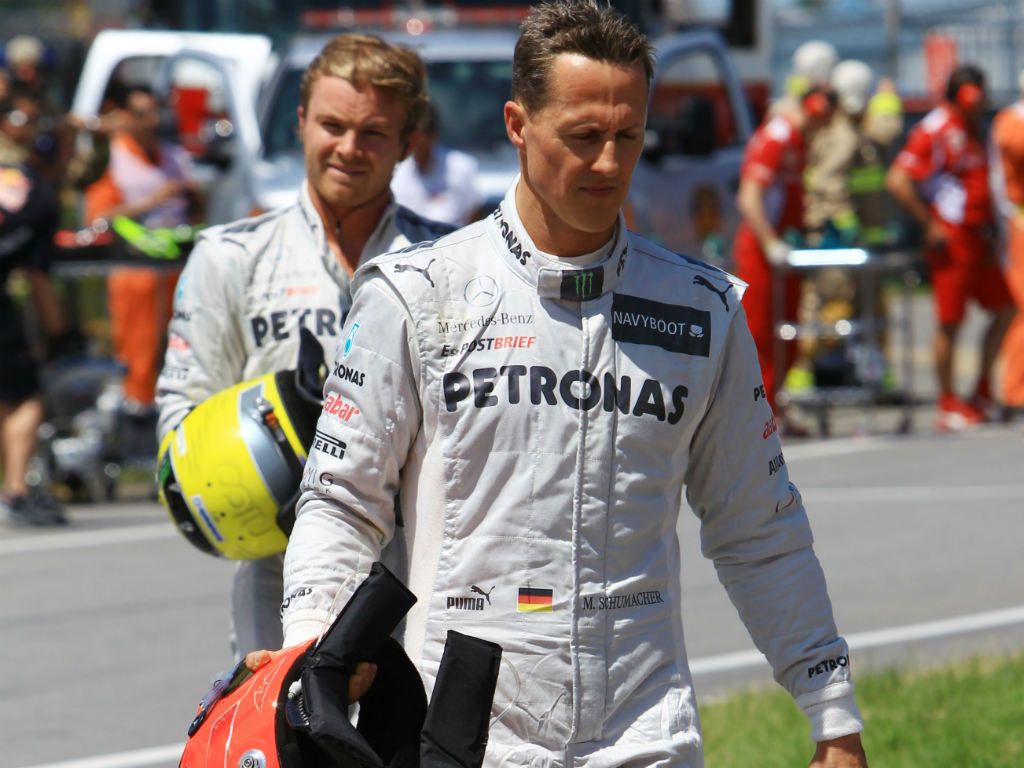 Despite a run of technical failures, Michael Schumacher remains committed to Merc GP and retains the utmost faith in the team…

Despite a run of technical failures, Michael Schumacher remains committed to Merc GP and retains the utmost faith in the team.
Schumacher suffered his fifth retirement of the season in Canada on Sunday when he was forced to pull out of the race after his DRS flap became jammed in the open position.
The German has had problems from the word go this season, suffering gearbox failure at the season-opening Australian GP. Two races later in China, an error by a mechanic saw Schumacher’s wheel come loose following a pit stop, again forcing a retirement.
A collision with Bruno Senna put pay to his race in Barcelona before falling fuel pressure saw him retire in Monaco.
Many have been critical about Mercedes’ apparent inability to provide Schumacher with a competitive car, but even after the fiasco in Montreal, the former World Champion backs his team, insisting such problems are part of racing.
“I wanted to emphasise once again that Formula 1 cars are prototype vehicles and hundreds of components are made specially for them. For me, it’s completely understandable that things can go wrong from time to time,” Schumacher wrote on his official website.
“Of course it was a disappointing outcome in Montreal. But I won’t lose my nerve or my faith in the team. I still believe that we will achieve something special together with Mercedes.
“There is no reason to blame anyone – unfortunate circumstances like these are part of motor racing. Indeed, I’m certain it’s even tougher for the guys in the team. That’s why I sat down with my race engineers immediately after my retirement, to discuss how we should approach the time before the next race and to make sure we stay in close contact over the coming days.
“Perhaps the only small advantage from the situation was that I managed to beat the traffic to get to the airport. I had already planned to fly back to my family as soon as possible after the race, so at least I was able to get away from the circuit just before the chequered flag was waved.”