Home Uncategorized Schumacher: This one is on me 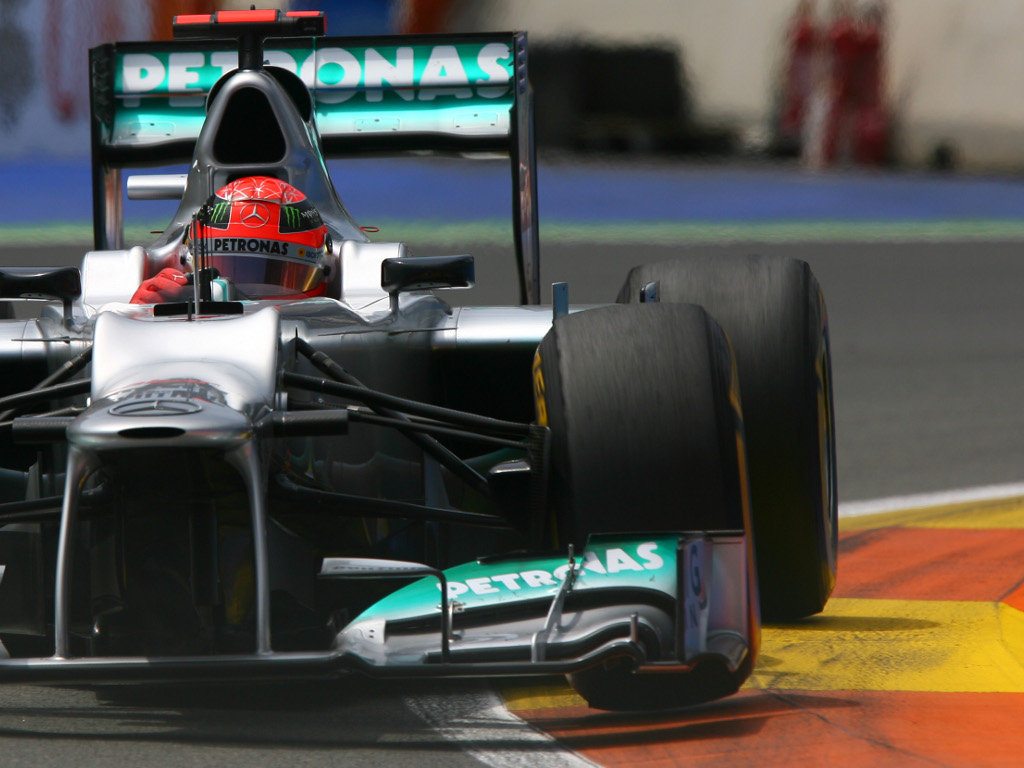 Michael Schumacher admits he has only himself to blame for not making it into Q3 in what was a close second qualifying segment in Valencia.

The seven-time World Champ was one of the favourites ahead of the weekend with some even predicting he could become F1’s eighth different in eight races.

Schumacher, though, faces a tough task to even come close to achieving that after a disappointing Saturday afternoon.

“What a close qualifying session. Of course, I’m not particularly happy about not making it through Q2 but that was clearly down to me – I didn’t get my lap together,” Schumacher said.

“On my first run, I was too aggressive in turn 12 on my first timed lap, then had to abort the second lap and pit because the tyres were no longer in good enough condition to improve. After that, I was a bit too conservative on the second run and that cost us, because the times were so close today.”

Schumacher, though, was at least able to find some positives ahead of Sunday’s European Grand Prix.

“On the other hand, my starting position opens up strategic possibilities for tomorrow.

“I have new sets of tyres available which is the positive aspect of my situation. We will certainly make the most of them.”