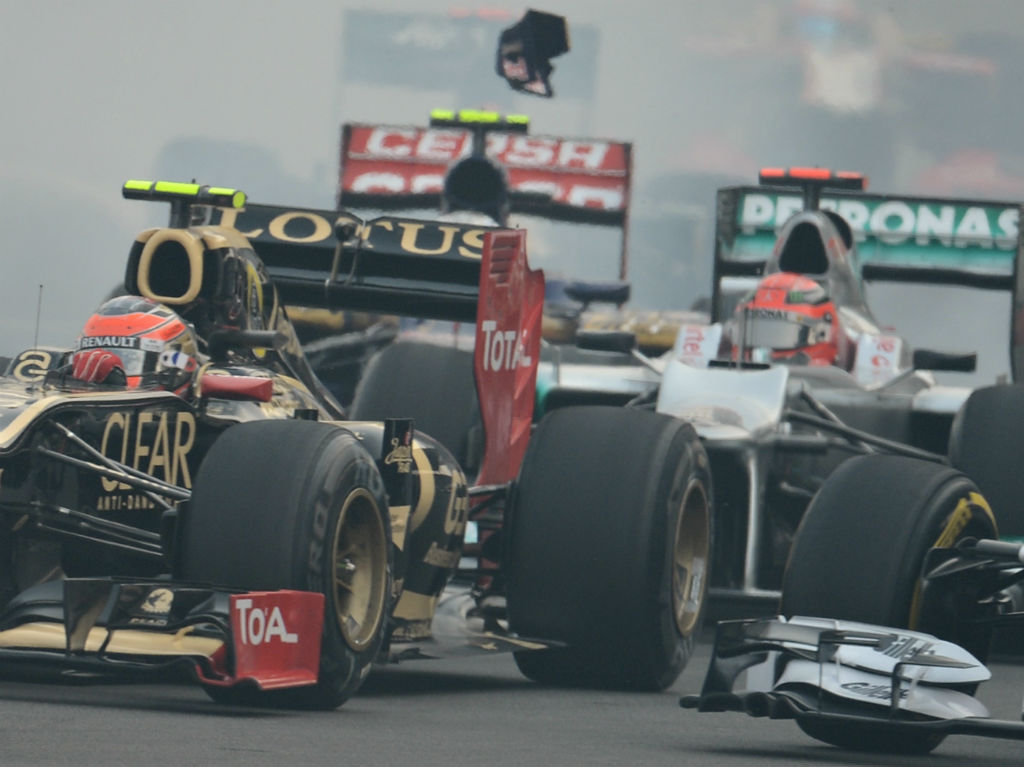 Michael Schumacher billed his Indian GP as a “pretty unsatisfactory” race while Nico Rosberg admits Merc are going through a “difficult time.”

Starting 14th on the grid at the Buddh International circuit, Schumacher’s race was over before even the first lap had been completed as the German was tagged by Jean-Eric Vergne.

The contract resulted in a puncture for Schumacher, who, trying not to cause more damage to his car, crawled back to the pits for new tyres.

That extremely long and slow trip around the circuit cost him dearly and he dropped to the back of the field, which resulted in him being lapped by eventual race winner Sebastian Vettel on lap nine.

Schumacher’s woes continued as he later retired but not before allegedly ignoring blue flags, which will result in a post-race investigation and possible punishment.

“That was a pretty unsatisfactory race today,” said the 43-year-old.

“It was effectively over just after the start; I lost so much time getting back to the pits with the puncture that any hope of scoring points was gone.

“In the meantime, the pace was pretty good but I was too far behind to make up more than a few positions.

“In the end, we had to retire the car for technical reasons.”

Mercedes’ disappointment did not stop with Schumacher as while Nico Rosberg finished for the first time in three races, he did so outside the top ten.

“Finishing just outside of the points is always tough, and it was a hard afternoon for us out there,” he said.

“Starting with new tyres, I hoped to be able to make up a couple of places but we just didn’t have the pace so I had to keep fighting off the cars coming from behind me.

“It’s a difficult time for us but we are learning for next year so that’s one positive thing.”