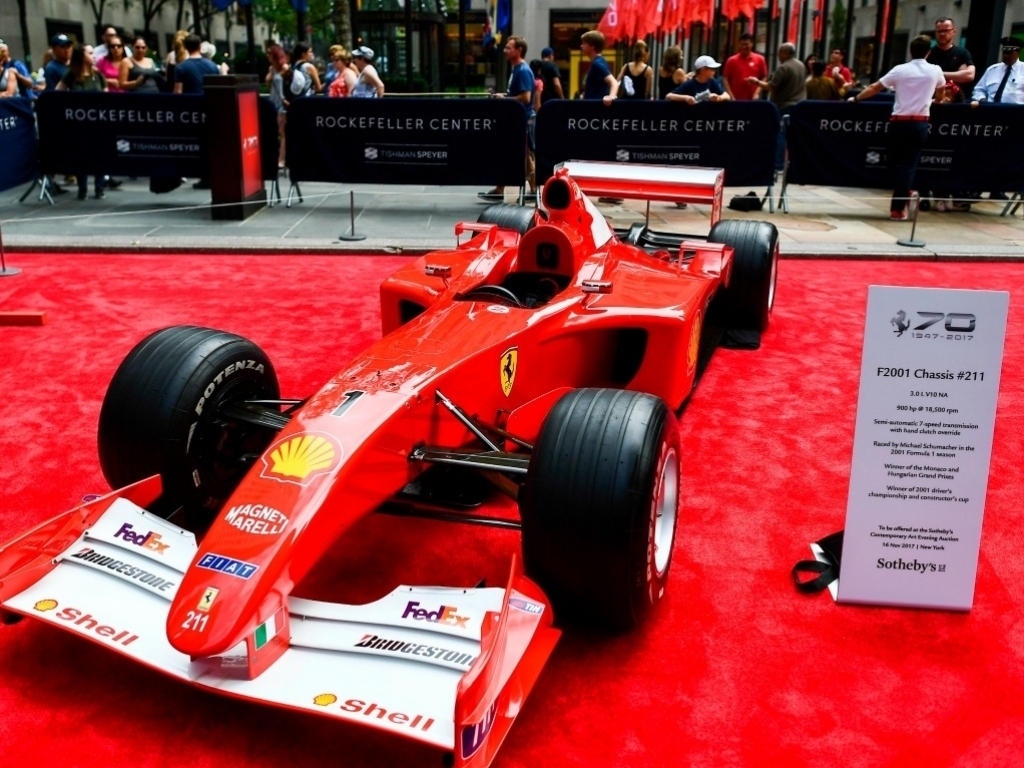 Michael Schumacher's F2001, the chassis with which he claimed his final Monaco Grand Prix victory, has become the most expensive modern Formula 1 car to ever be sold at auction after fetching $7,504,000.

The iconic car was on sale at at the Sotheby's Contemporary Art Evening Sale in Manhattan and flew past its initial pre-sale estimate of $4million to $5million after a big bidding war ensued.

Schumacher won nine races in the F2001 on his way to securing a fourth World Championship title and a second consecutive title in Ferrari colours.

It was the first time a rare automobile was included in an art collection at Sotheby's and a portion of the money will be donated to Schumacher's Keep Fighting foundation.