Home Uncategorized Schumi: A lot of work to do 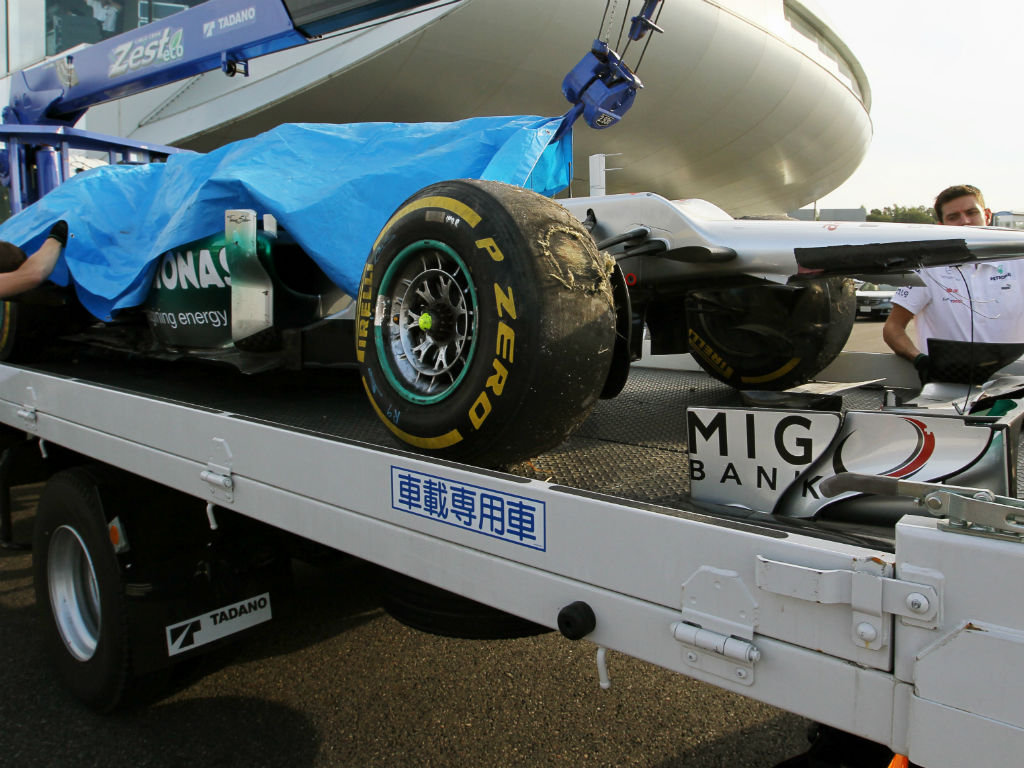 Michael Schumacher is “100 percent okay” after taking a hard hit when he crashed in Friday’s second practice at Suzuka.

Tenth on the timesheets and over a second off the pace, the six-time Japanese GP winner was pushing hard through Spoon Curve when he touched the dirt.

Losing control of his W03, Schumacher was little more than a passenger as the car hurtled towards the barriers at pace.

The marshals were quickly on hand with the 43-year-old taken to the track’s medical centre where he was given the all-clear.

“We had two quite eventful sessions today, with a lot of work on the cars and my off in the afternoon,” said the German, who announced on Thursday that he would be quitting F1at the end of this season.

“I had to go to the Medical Centre which was a precaution from the FIA but I am 100 percent okay. I think I was already concentrating too much on the corner ahead of me and therefore had a wheel on the dirt and went off.”

Schumacher’s error coupled with set-up issues and team-mate Nico Rosberg’s engine change early in the session meant the team did not spend as much time out on track as they would have hoped for.

“Overall, we had not been able to collect as much data as we would have wanted, as we had a lot of breaks working on adjustments to the cars, and we will also have to improve the balance,” he added.

“Obviously, with these temperatures the tyres will be a limiting factor, too. We will now certainly have to work a lot off the track, in front of the computers, and try to find the best approach for tomorrow.”