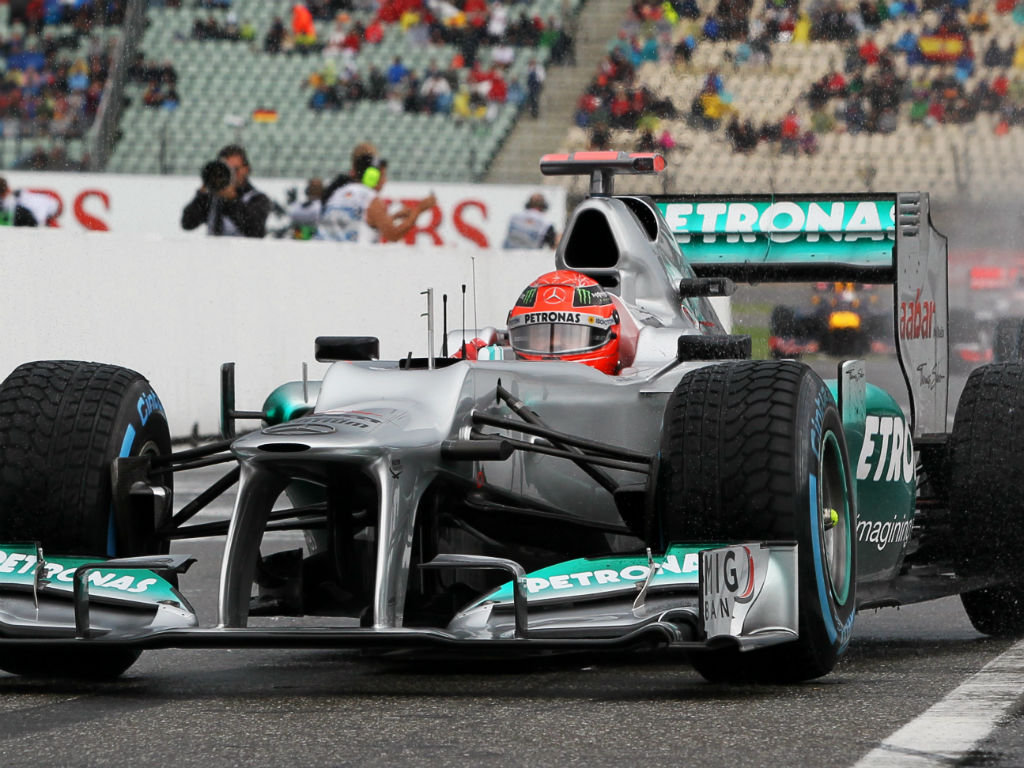 Michael Schumacher says his second row grid slot for Sunday’s German GP was better than he had expected.

The seven-time World Champion, who has won his home grand prix on four occasions, qualified fourth for Sunday’s 67-lap race.

“We had been expecting a position between fifth and seventh on the grid, so fourth in qualifying, which will become third place on the grid, is even better.

“Naturally I’m particularly happy for all the Mercedes colleagues in the grandstands: they support us throughout the year and we wanted to give something back to them.

“In any case, we can be satisfied with this result. Perhaps it would have been even better to change to a new set of tyres right at the end, but I don’t think we could have done much more today.”

The German is now looking ahead to Sunday’s grand prix and the possibility of a fifth German GP victory.

“Now we have to focus completely on tomorrow’s race,” he said. “We know that it should be dry tomorrow and we should be more competitive here than we were in Silverstone.”