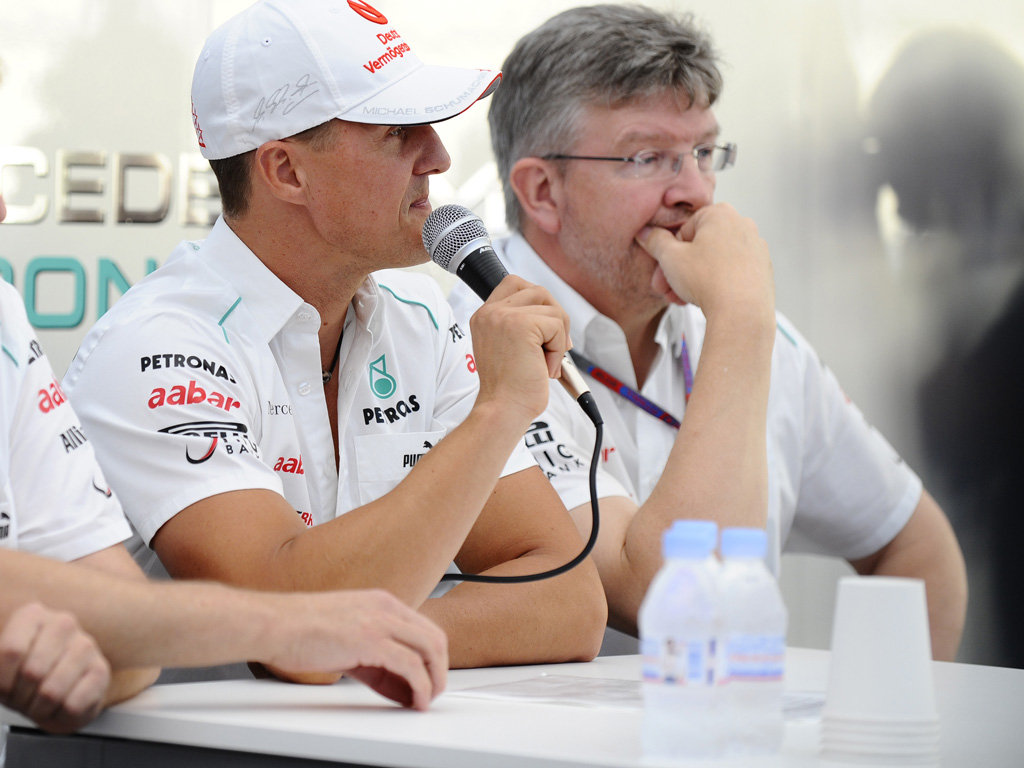 Michael Schumacher has officially announced he will retire from F1 racing at the end of this season.

The seven-time World Champion was left without a race-seat for next season after Mercedes signed Lewis Hamilton as Nico Rosberg’s team-mate.

And although there was no mention of retirement in last Friday’s press release, Schumacher confirmed on Thursday in Suzuka that he was calling time on his racing career.

“I have decided to retire at the end of the season,” he said.

“I still feel I am capable of competing against the best but the time sometimes comes to say goodbye and this time it might be forever.”

He added: “During the past month I was not sure if I still had the motivation and energy which is necessary to go on.

“It is not my style to go on if I’m not 100 percent with it but with today’s decision I feel relieved.”

The German took the time to thank Mercedes and its parent company for giving him the opportunity to return to the sport in 2010.

“We did not achieve our targets but I can be happy about overall achievements in my career.

“I would like to thank Daimler, Mercedes-Benz, the team, my engineers and my mechanics for the trust they put in myself.

“I would like to concentrate now on the end of the season and enjoy those races with you.”

Despite a disappointing comeback with Mercedes, the 43-year-old remains F1’s most successful driver with seven World titles, 91 race victories and 155 podiums.